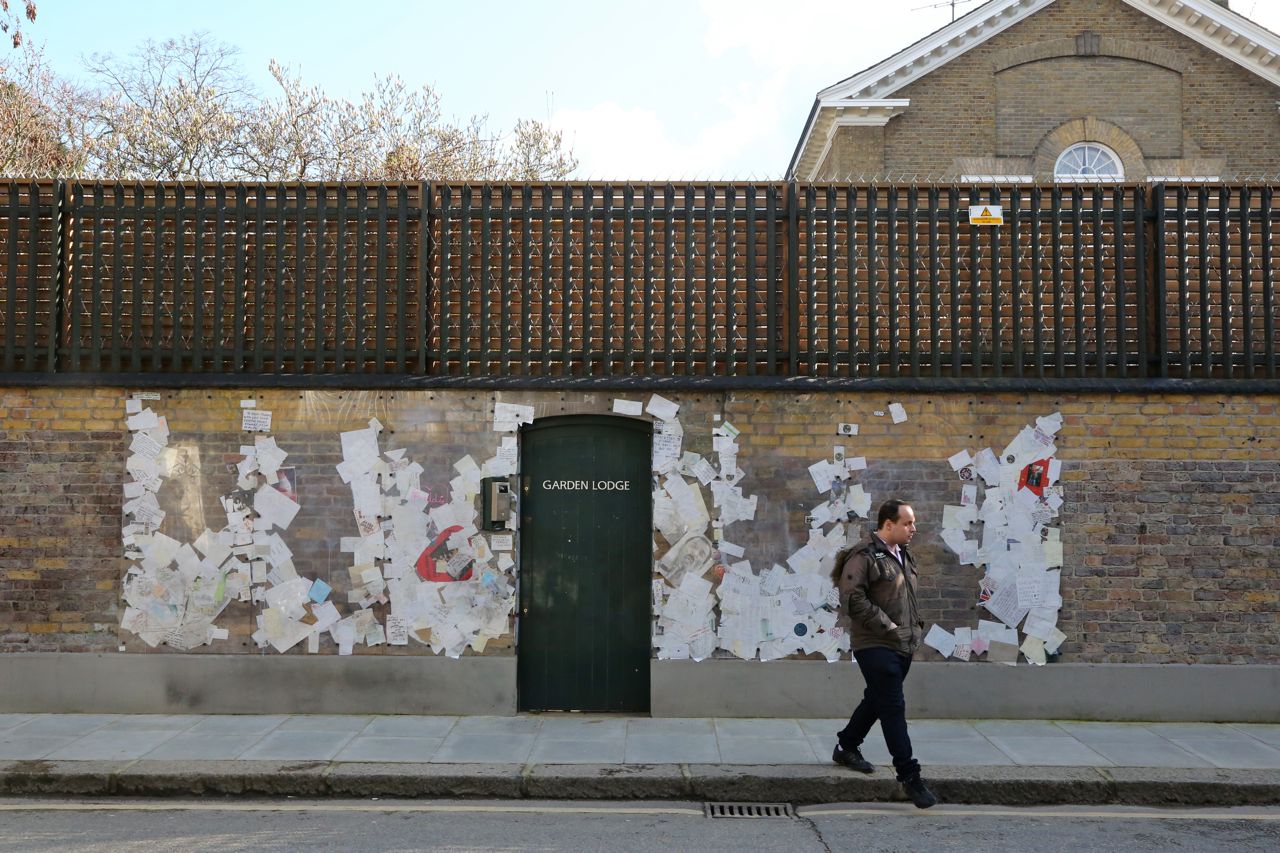 As I mentioned a few days ago, on Saturday -- with some help from my coworker -- I came across Freddie Mercury's house in Kensington. Freddy has been dead for more than 20 years, but the house is apparently still a place of pilgrimage for Queen fans. Pedro from Brazil, in the photo above, was stopping by to pay his respects when I visited with my camera.

The entrance has been neatened up over the years. A photo from another blogger shows what it looked like more than 10 years ago, the brick wall awash in chaotic graffiti. Now several large sheets of plexiglass have been affixed to the wall, so admirers can slip notes and whatnot behind them without resorting to vandalism. 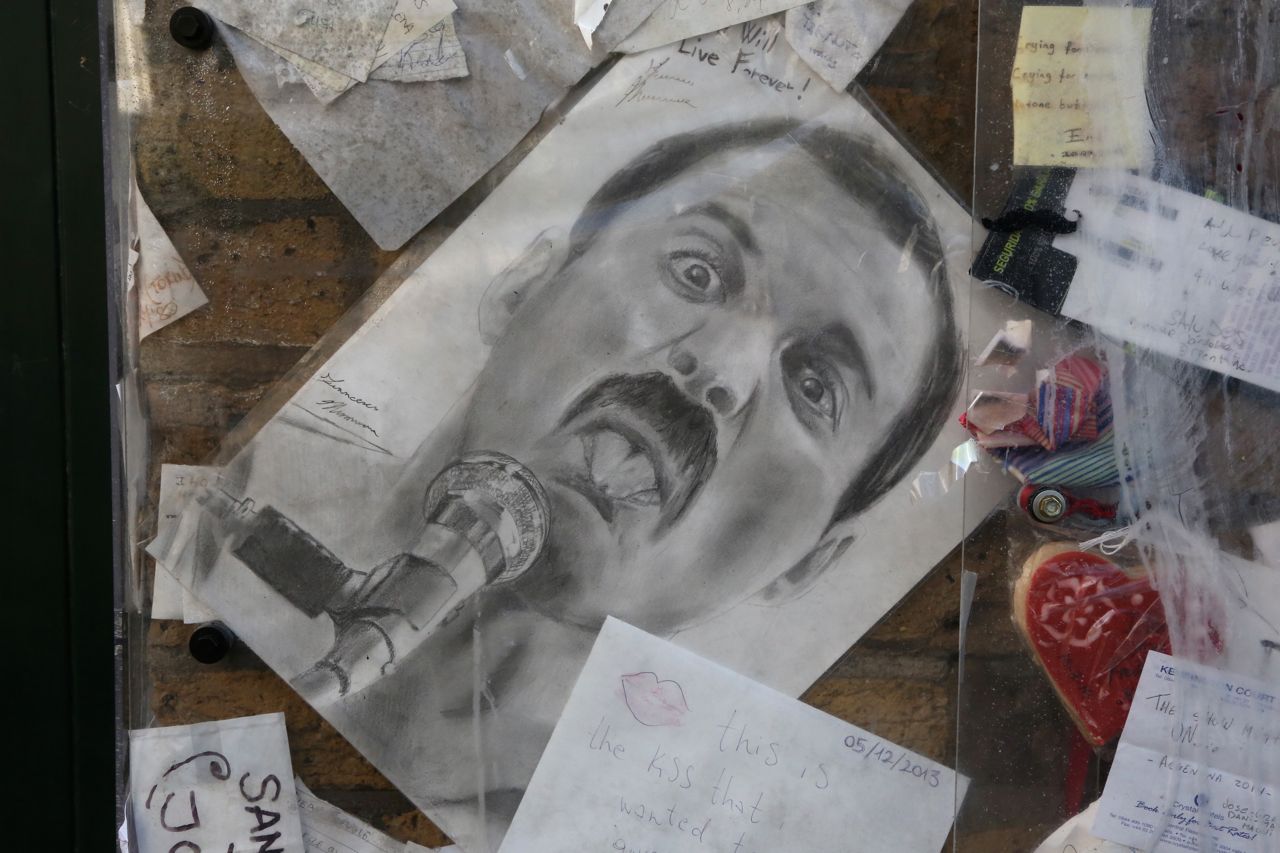 It's interesting how popular Freddie remains. The notes came from fans all over the world, all of whom apparently made the pilgrimage down this quiet side street.

(Fact: If you type "Fred" into Google, it prompts with Fred Meyer, Fredericks of Hollywood, and Freddie Mercury, in that order.)

Pedro told me that Freddie is still very popular in Brazil, partly because Queen played the huge "Rock in Rio" concert back in 1985. This cracked me up, because in the mid-80s I had several pen pals in Rio de Janeiro, and one of them sent me a "Rock in Rio" t-shirt! I wore it for years. (It was very '80s -- black with yellow sleeves, as I recall.) 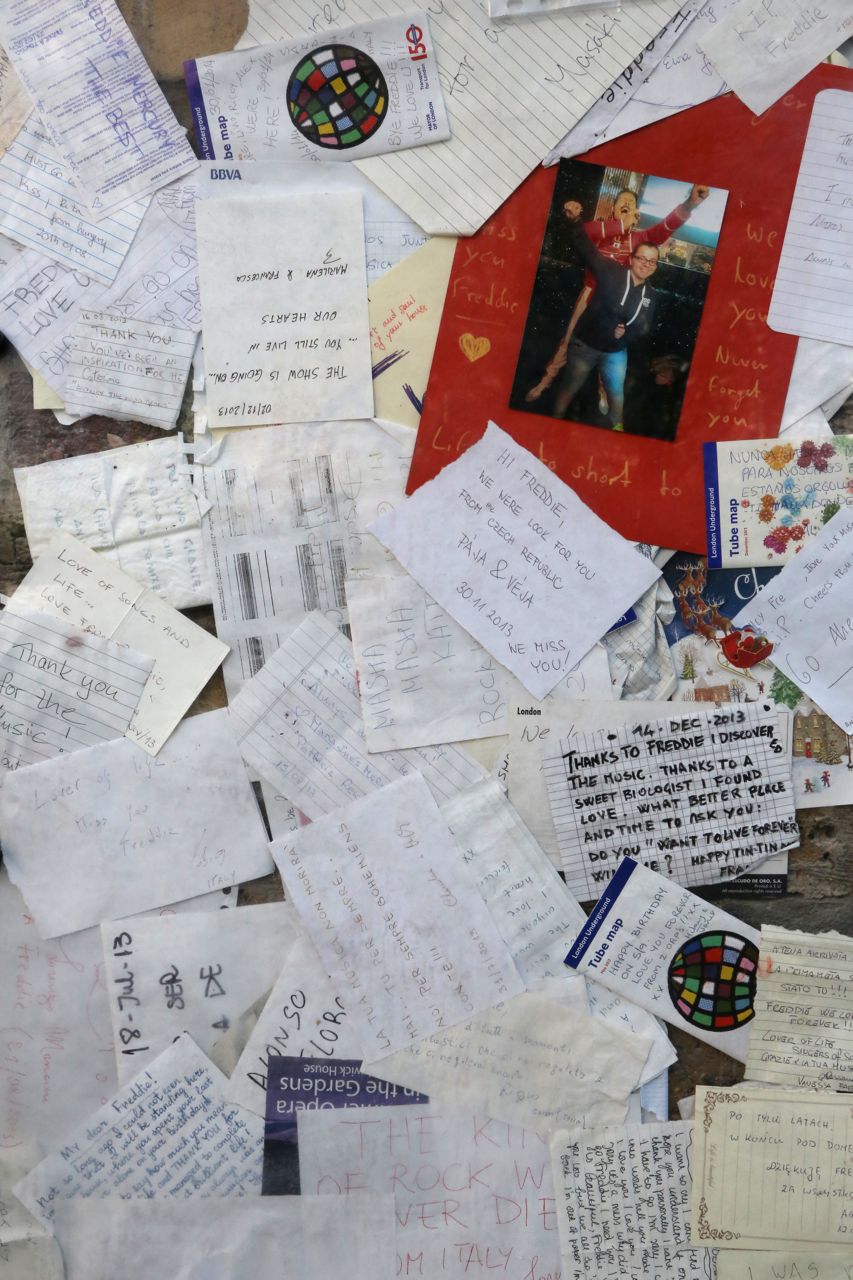 There were also a few oddities behind the plexiglass: photos, flowers, trinkets, and one poor guy's UK passport open to the title page. (I'm guessing it's there as the result of some post-pub-outing prank, but who knows.)

The house itself is only barely visible over the top of the wall.

Personally, I've never been a huge Queen fan, though I like "Bohemian Rhapsody" as much as the next person. When I watch Freddie perform the magical "Barcelona" with Montserrat Caballé, I can appreciate his sense of showmanship.
Posted by Steve Reed at 7:22 AM