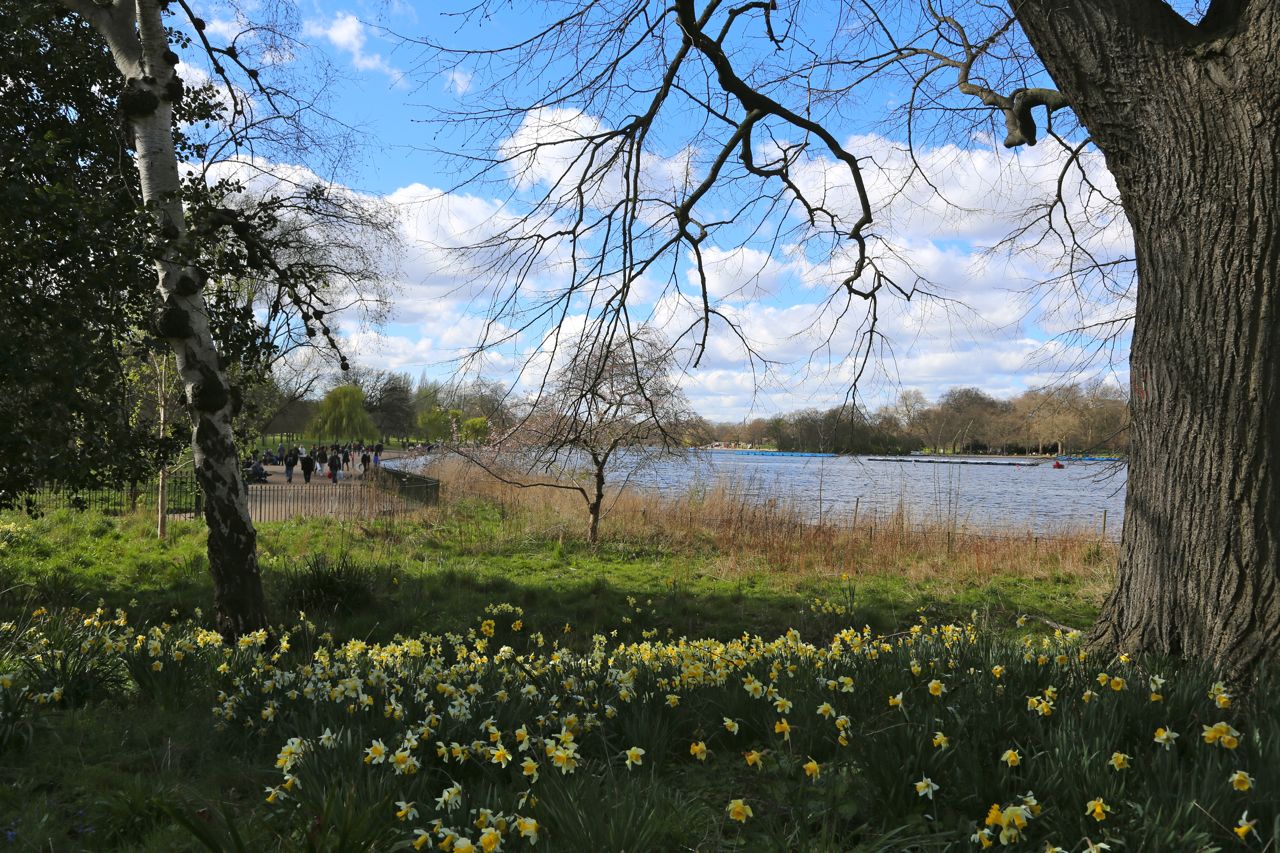 I was a whirling White Tornado yesterday morning. (That is an allusion to an old advertisement, not to race!) After walking the dog, seeing Dave off to school, munching my cereal and catching up on some blog-reading, I went into a cleaning frenzy. Scrubbed the hall floors. Wiped down walls and baseboards. Dusted all the living room shelves. Did three loads of laundry. Vacuumed everything. Cleaned the bathroom.

An unfortunate side effect of the two-job situation (which I promise I will stop moaning about) is that things around here have been getting a little, well, grimy.

Olga watched me quizzically during my clean-a-thon, no doubt wondering when I was going to put down the sponge and pay attention to her. 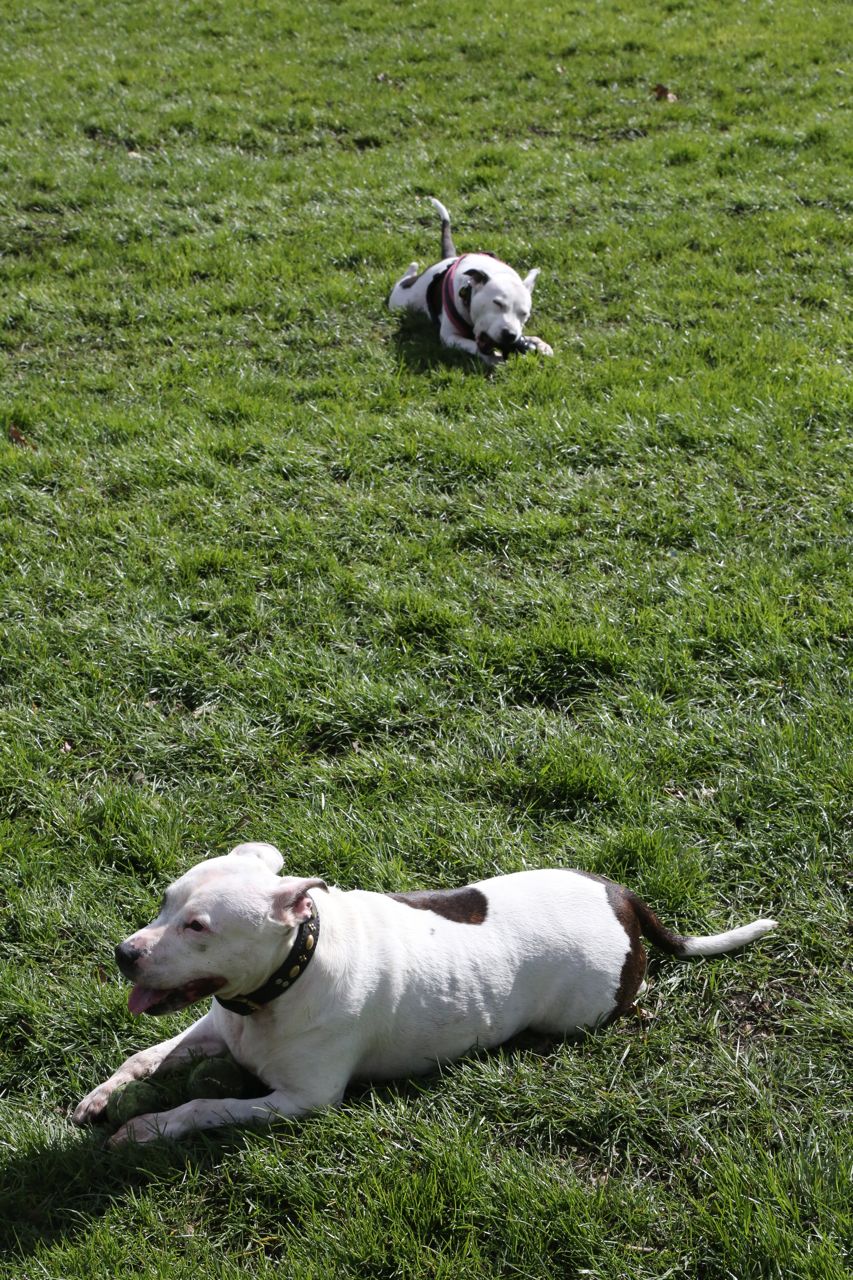 When I finally took her to the park around 1 p.m., we came across her long-lost sibling! Or a dog that could be a sibling, anyway. Her name is Shay, and she is in front in the photo above. Her owner said she is about 10 (so maybe Olga's grandparent rather than sibling). I wanted to get a photo of the two of them together, but this was the best I could manage, because -- go figure -- they didn't like each other much. Maybe the similarity freaked them out!

Olga and I walked all the way around the Serpentine, shown in the top photo. The daffodils are out in force at this time of year. 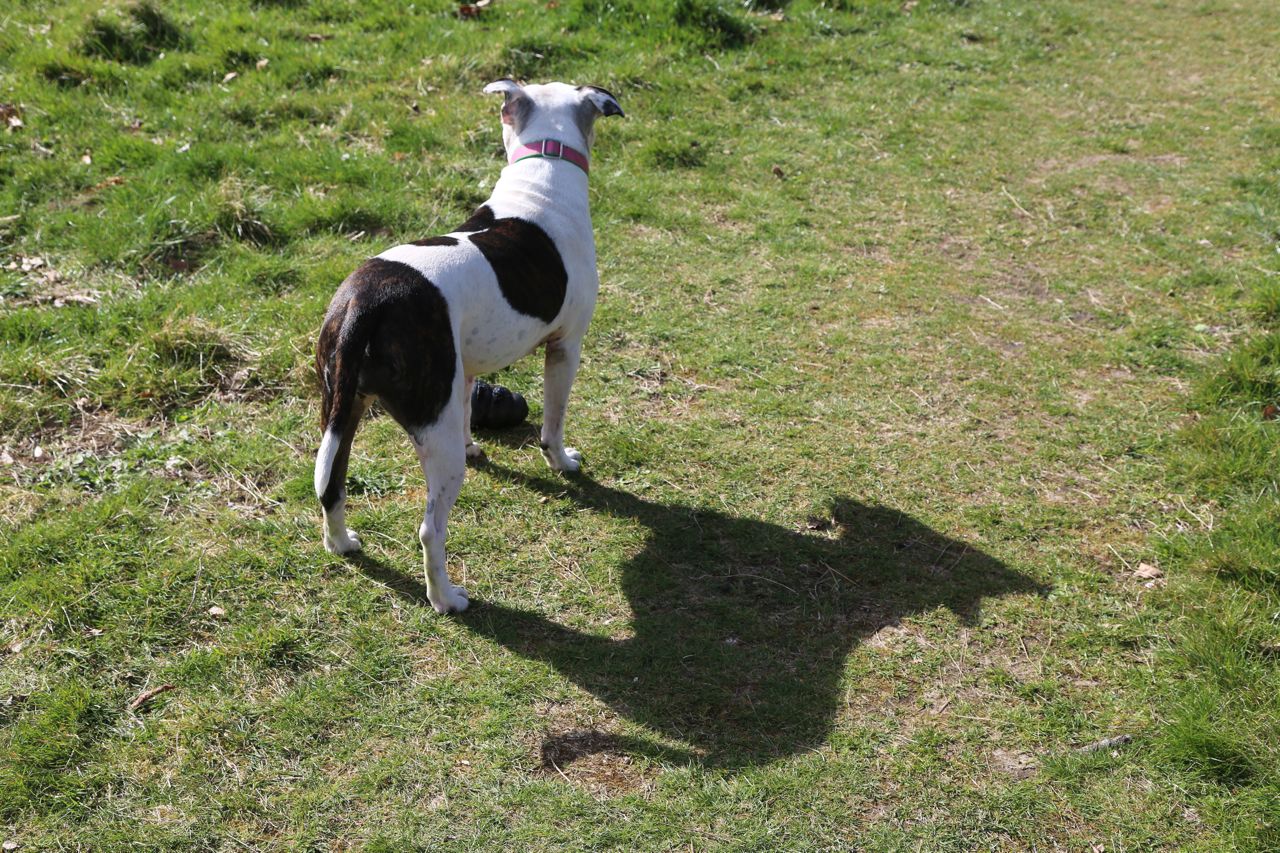 Last night I went with our neighbors Chris and Linda to the Honor Band concert. (I realized that while I've been calling it European Honor Band, it actually included students from all over the world -- Brazil, Korea, Nigeria -- and a 120-member chorus. The full name was The AMIS High School Honor Band and Honor Mixed Choir Festival Concert. Forget the "European" part, which was my mistake.) It was a terrific concert, very smooth and professional, and Chris, Linda and I followed it up with a meal at our favorite pub. Dave didn't wander in until very late, after cleaning up and seeing everyone off, and now we both have a down day before work resumes tomorrow. (Well, tonight for me!)

You know what I don't understand? Bitcoins. I mean, can someone just make up a currency? What gives it any value? Why would anyone invest in it? I am mystified.
Posted by Steve Reed at 6:54 AM