Back to the Canal 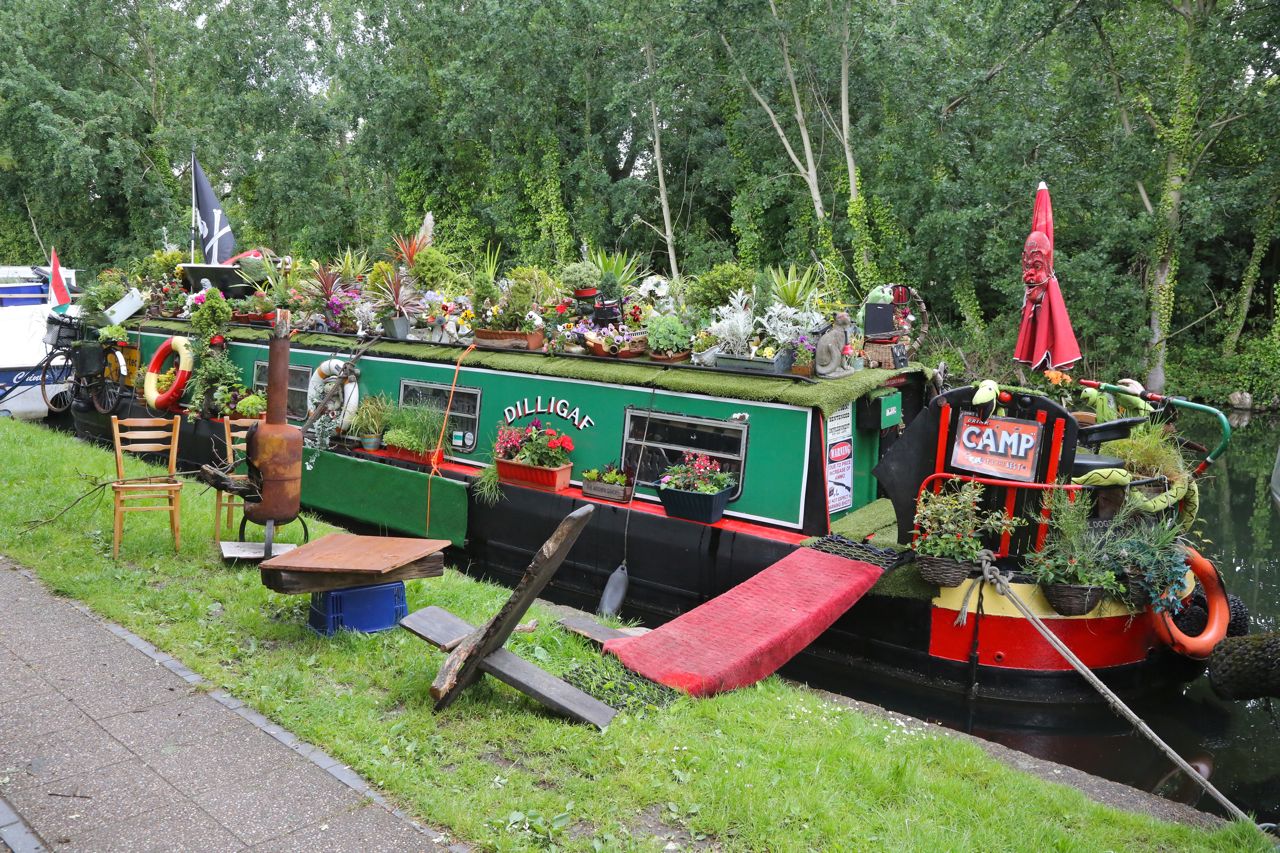 Before yesterday, Olga and I hadn't visited the Grand Union Canal in months. We've made a habit of the park instead, and truthfully I've become a little wary of the canal since Olga became so ill last summer with what was eventually diagnosed as a campylobacter infection (we think from drinking the canal water, or maybe from eating goose poop on the banks).

But yesterday we braved the grassy shores once again, and had a good long walk that -- through my heroic intervention -- involved only occasional illicit snacks of goose excrement.

I'm still amazed at some of the boats. They're basically floating gardens. 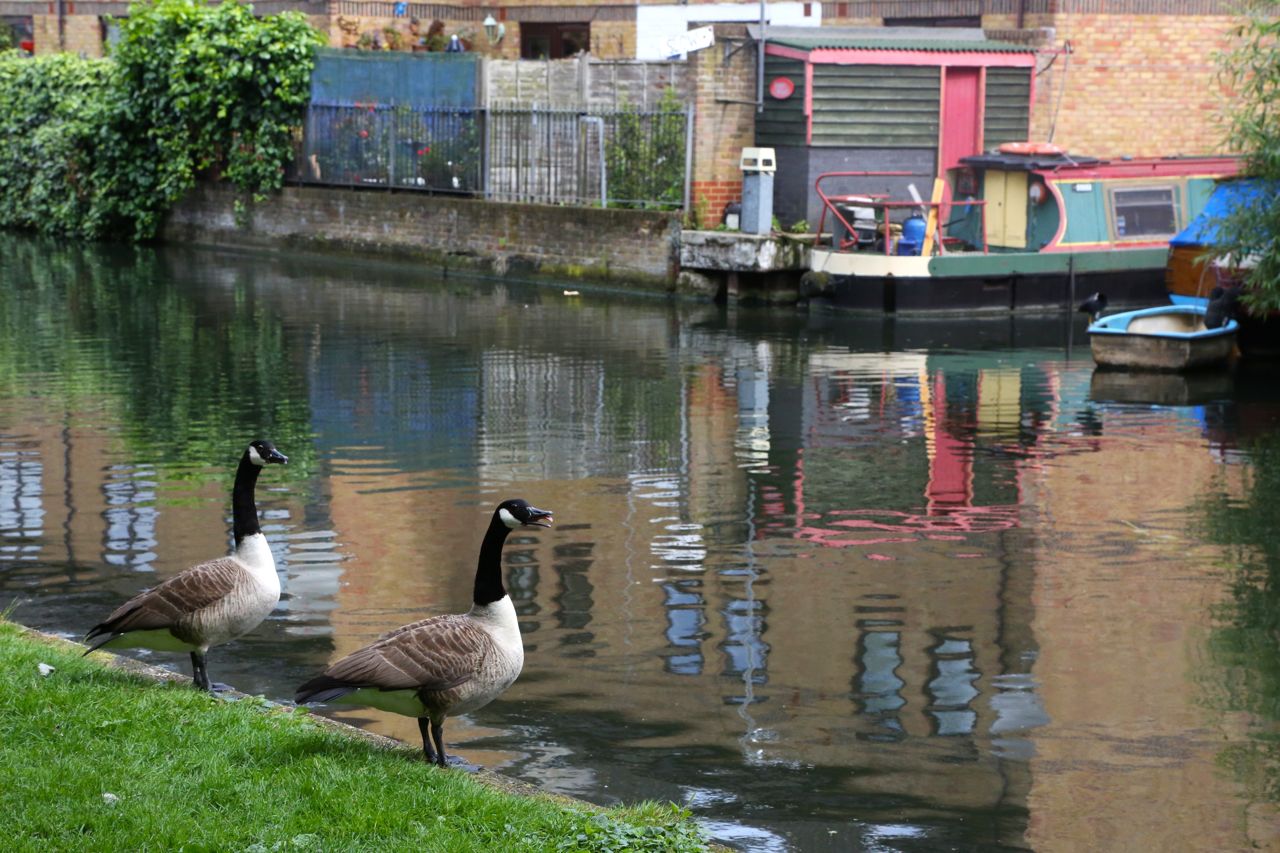 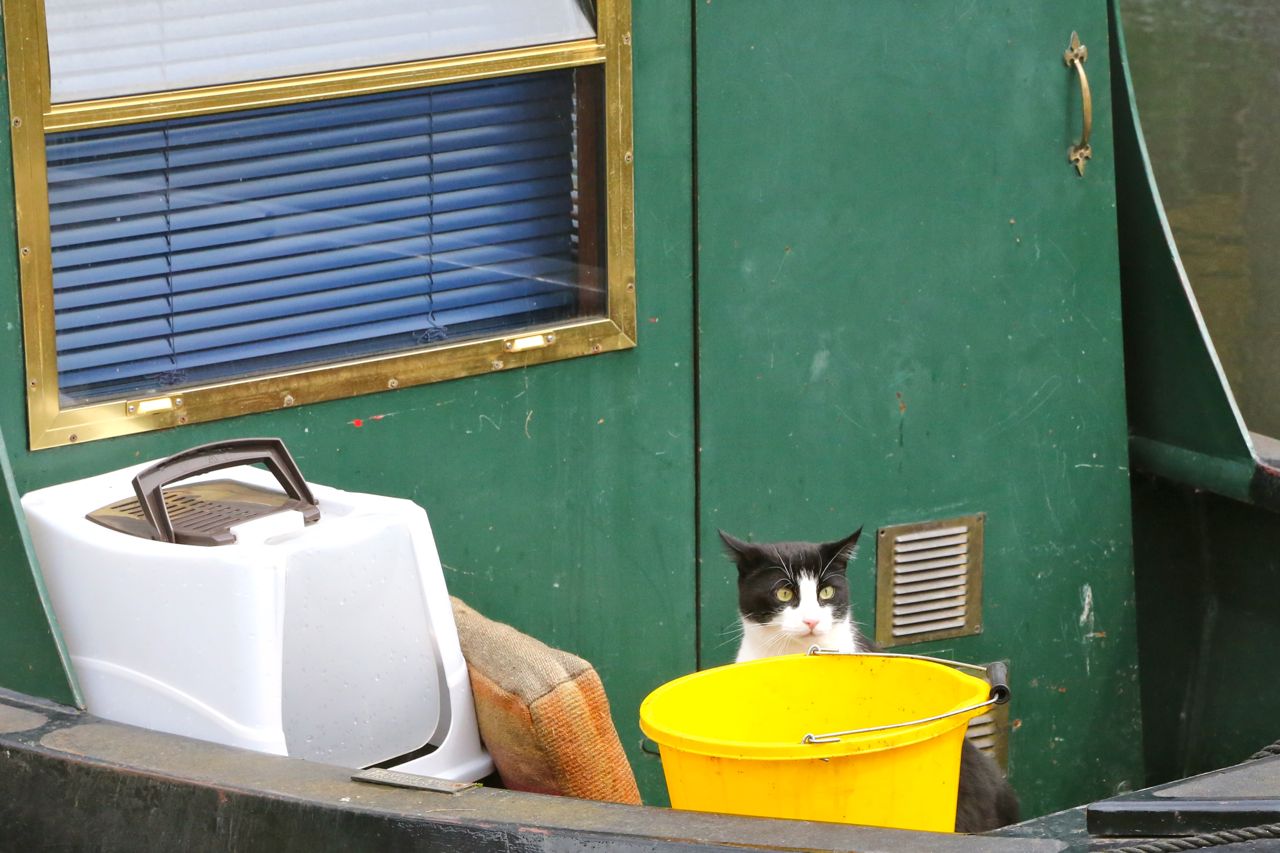 But she had a great time.

We walked again past the area where the forest has been cleared for a rail transit project, as I mentioned last December. It looks very different these days. 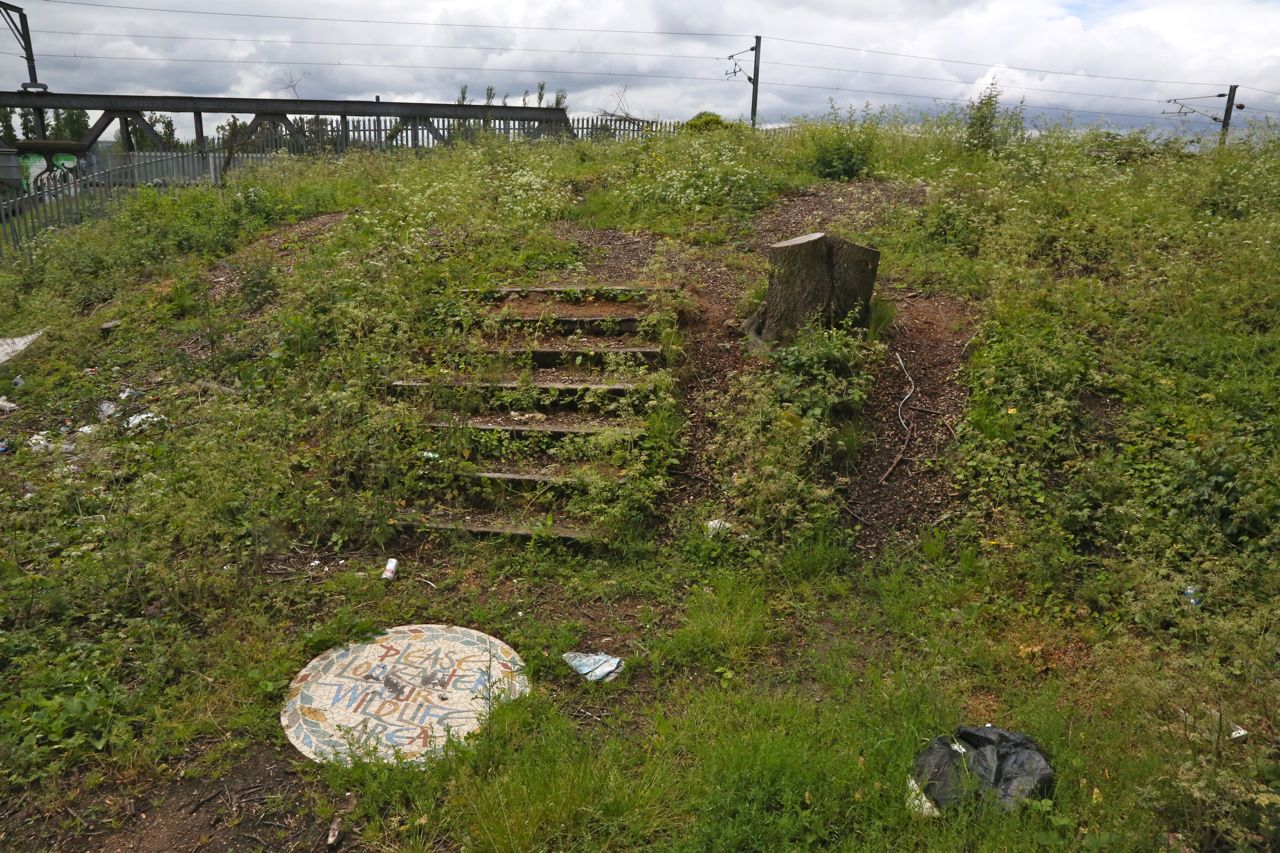 These steps used to lead up into a densely vegetated area with mature trees. The mosaic at the base of the steps says, "Please Look After Our Wildlife Area." But as you can see, it's pretty much just denuded land at this point. The railroad tracks are just beyond that rise. Sad!

Otherwise, we spent the day indoors. I read and took a nap and Dave and I watched "Star Wars" and "Poltergeist," both of which we've seen at least 50 times. Sometimes you just want comfort food, you know?

Especially after this week. I have been nervous as a cat about the move, trying to get everything done and in the proper order, while making both our current and future landlords as happy as possible. At the same time I have to get the ball rolling for the renewal of our UK visas and my driver's license. I need to buy a ticket to visit my family in Florida, but I feel like I can't do that until the move is settled and I know when my visa situation will be ironed out -- the last thing I need is a ticket on a departing plane when my passport is unavailable.

So many things this summer are like dominoes. They all have to fall a certain way, and until the first one goes, the rest must remain standing.
Posted by Steve Reed at 7:24 AM