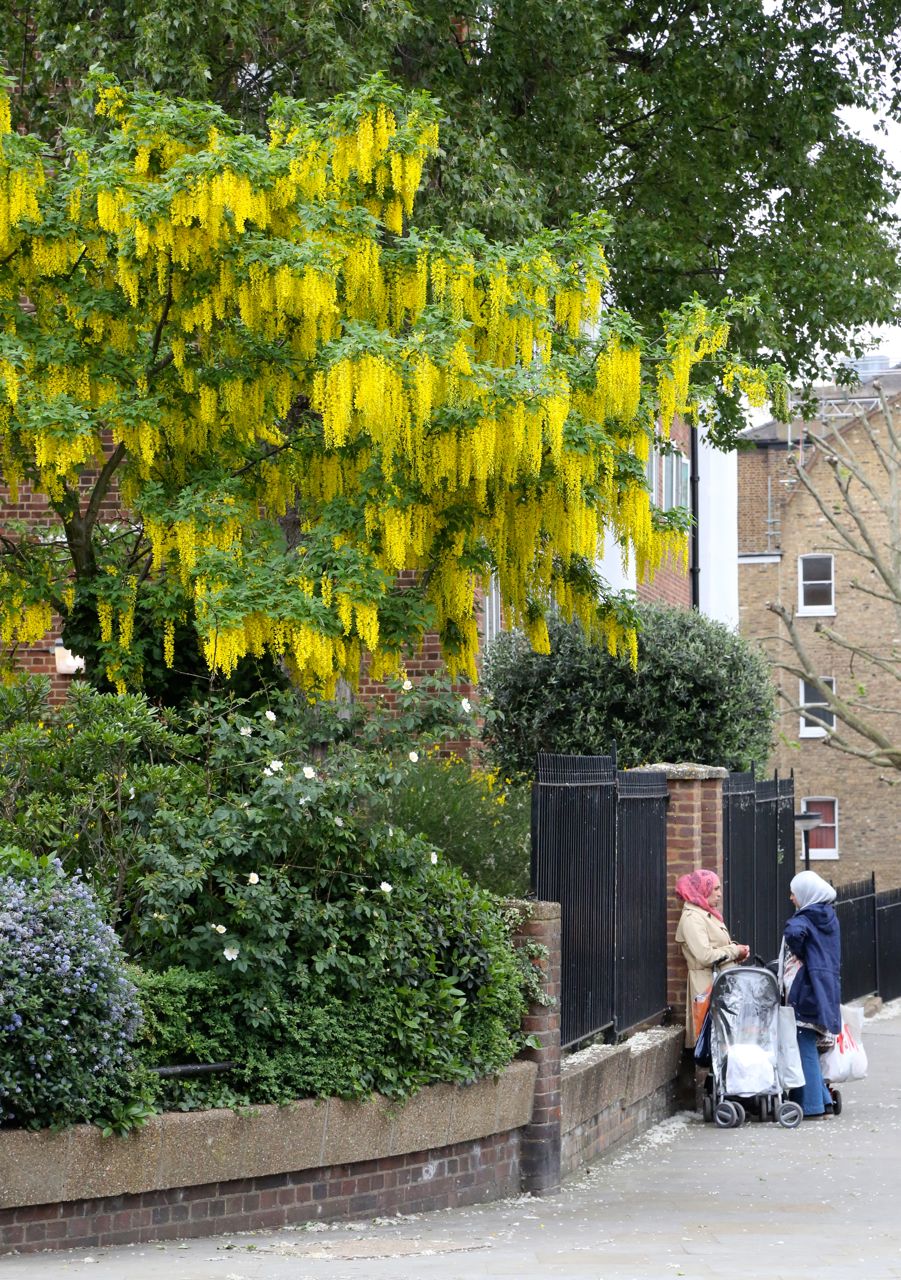 It's 47ºF outside this morning! I'm not sure why we're having such wintry temperatures all of a sudden. I am back to wearing a jacket and scarf and hat every day. Ah, England.

Things are blooming, though, as you can see. This tree near our flat sent out dramatic showers of yellow blossoms (above), and our own clematis vine is flowering for the first time (below). Dave bought it last summer, but it got broken off two or three times at ground level before it had a chance to get very tall -- we blamed the wind, but it may have been Olga, or perhaps the balcony squirrel -- and we never got a bloom. 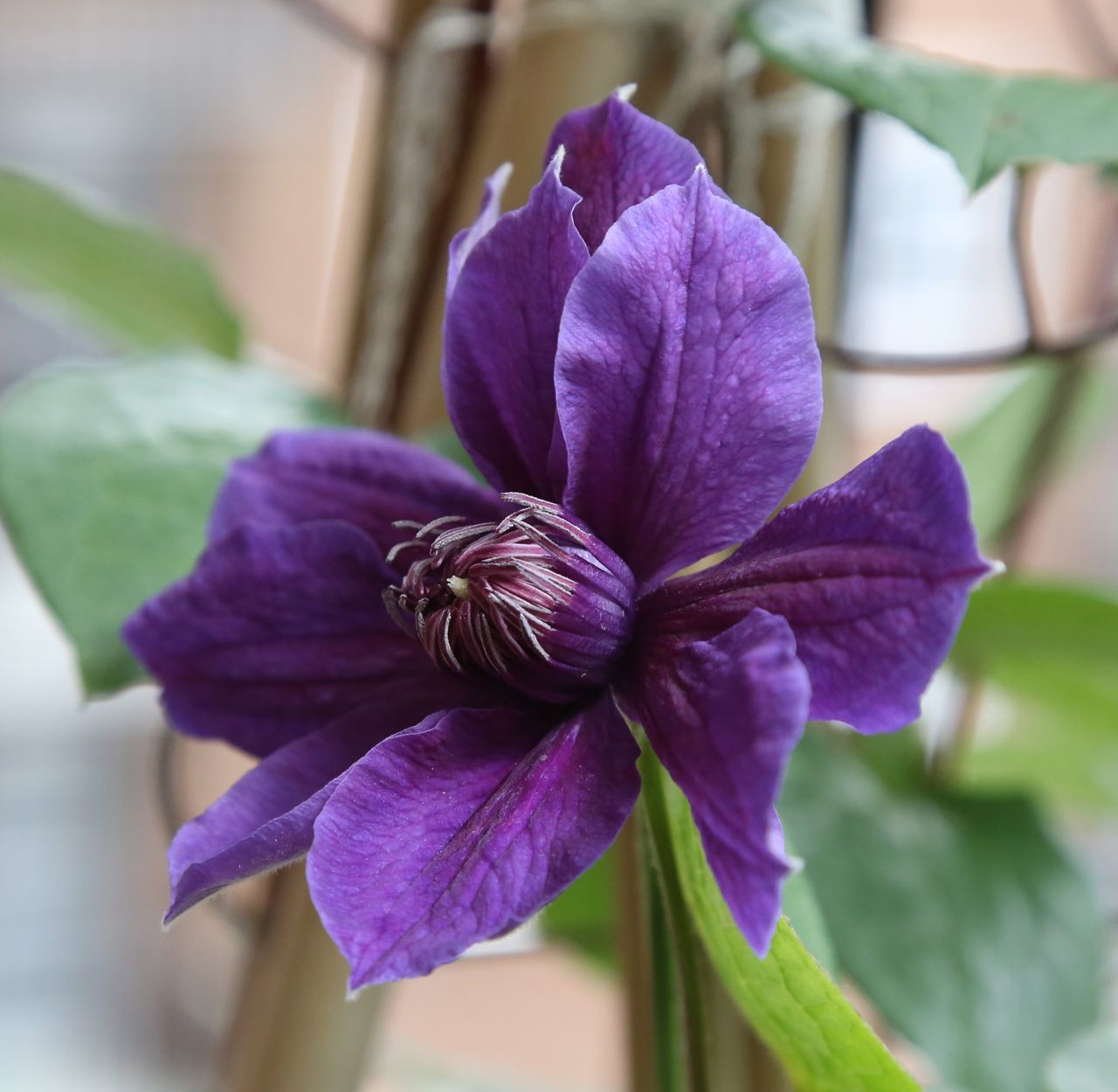 We put up a special prom-season book display in the school library yesterday, including the prom pictures of all the librarians. We thought the kids would get a laugh from them. Unfortunately, few of the kids even noticed the display -- at least, while I was there. I have a feeling that when it does catch their eye there will be much amusement! Apparently, after I left my desk yesterday afternoon, one student did mention to Dave that it was curious seeing me both with hair and with a girl. "Why didn't he take a boy to prom?" the kid asked, and Dave had to explain that not so many years ago that was unheard of -- especially in Pasco County, Florida.

It's nice how times have changed, isn't it? Although I have a feeling same-sex prom dates are still pretty rare in Pasco County.

I left work a bit early because I had to go for CPR and first aid training -- a job requirement. It was a four-hour class, and I dreaded it, but it actually turned out to be quite interesting. I last took CPR in 1992, as I was preparing to go into the Peace Corps, and it's somewhat different now. The ratio of compressions to breaths has changed (30 compressions for every 2 breaths, rather than 15), and they say mouth-to-mouth isn't even necessary if you're uncomfortable with it. I also learned that my hand placement for the Heimlich Maneuver wasn't quite right -- I'd previously learned to put my hands below the choking person's rib cage, but yesterday the instructors advised belly-button level.

God knows I hope I never have to actually use any of my life-saving skills. But I guess it's a good idea to have them. 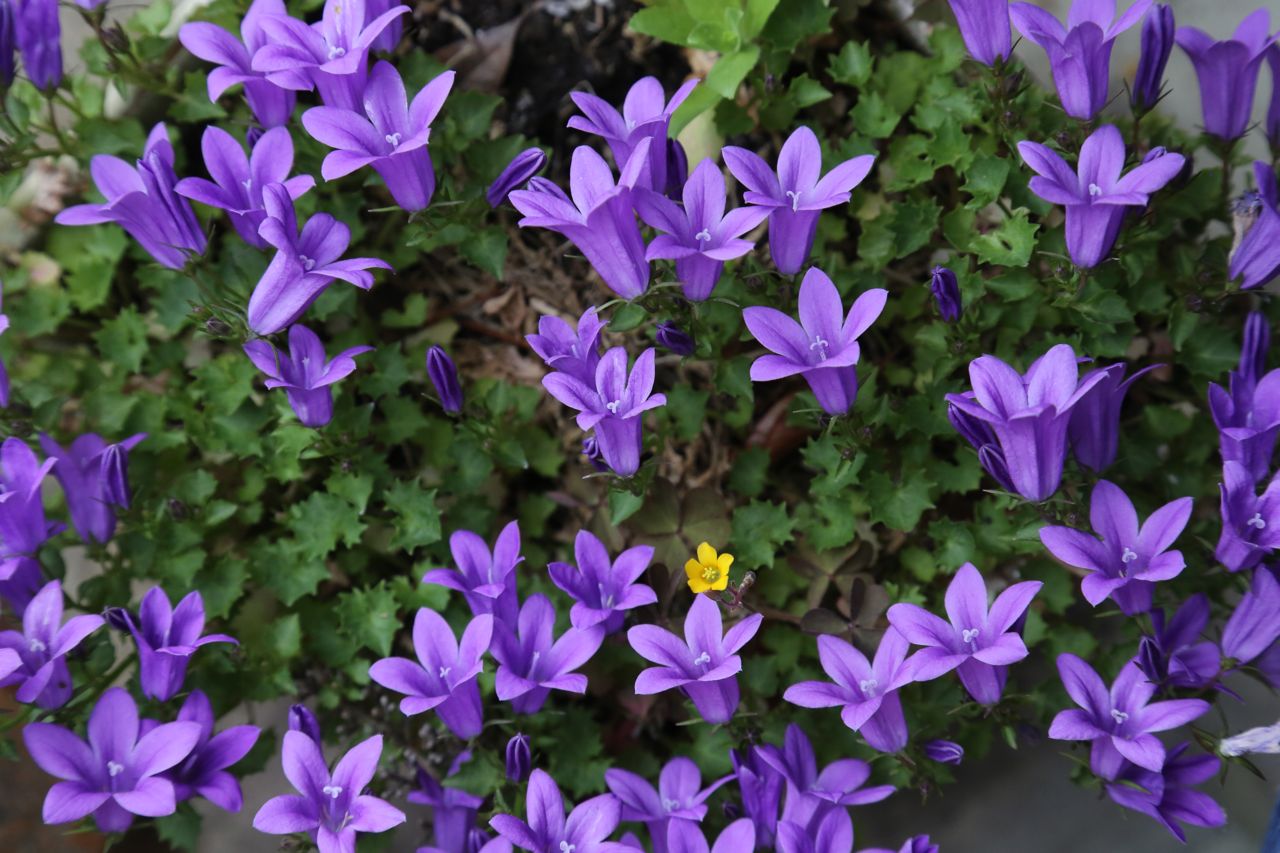 Back to flowers -- our campanula is going gangbusters, too. I love that one little yellow oxalis that sprouted in the pot!
Posted by Steve Reed at 7:07 AM