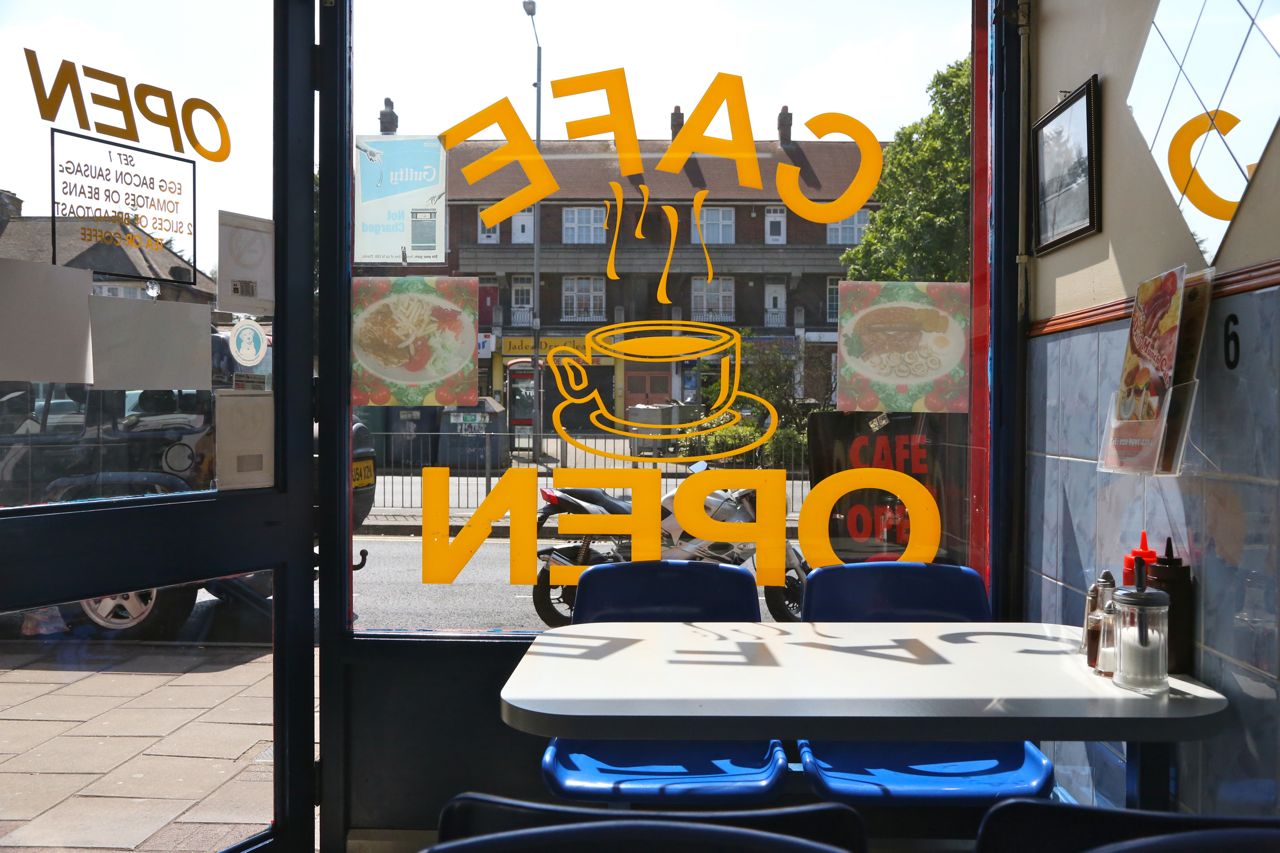 Yesterday was a dream of a day -- blue skies, ideal temperatures. I went walking through several neighborhoods in far east London, from Newbury Park through Dagenham and then to Barking. About 8.5 miles altogether, according to my handy online route calculator.

I've long wondered about Dagenham. Before we first moved to London in 2011, I did some research trying to determine which were London's roughest neighborhoods. (I figured it would be a good idea to know where not to search for housing.) Well, someone in an internet thread nominated Dagenham, along with Brixton and a few others.

So I've long had it in my head that Dagenham, the site of a greatly diminished Ford automobile factory, is a bit dicey. From what I saw yesterday, though, that isn't true at all. It's a pleasant, almost suburban area, with some detached housing and grassy front yards and other features that you don't see closer in to the city. I wasn't sure I'd find much to photograph, but I ended my walk very satisfied.

Of course, the weather was so nice that merely walking for its own sake would have been enough.

In London overall, poverty seems to be pretty well integrated into the rest of the population. There really are no South Bronx or Liberty City-type neighborhoods, where everyone is poor, housing is terrible and walking is dangerous. There are plenty of poor people -- don't get me wrong -- and some council estates certainly have bad reputations, but those estates and other small concentrations of relative poverty are often surrounded by middle class neighborhoods and homeowners. I think that integration makes London a healthier city than many in North America.

Anyway, I had lunch at the little cafe in the photo above, in Upney, between Barking and Dagenham. That was my view as I sat at my table. I loved the colors and the shadows on the tabletop, and the C reflected in the mirrors. I had a tuna sandwich and a coffee for £3.10, which is a pretty economical lunch!

Last night our neighbors Chris and Linda came over, and we broke the news about our moving. I think they're actually quite upset about it. It's nice to be missed, but we'll see them even after we relocate, I'm sure.

And now I'm off to work, to deal with the couch rebellion.
Posted by Steve Reed at 6:53 AM