Blue Hair and a Blue-Eyed Dog 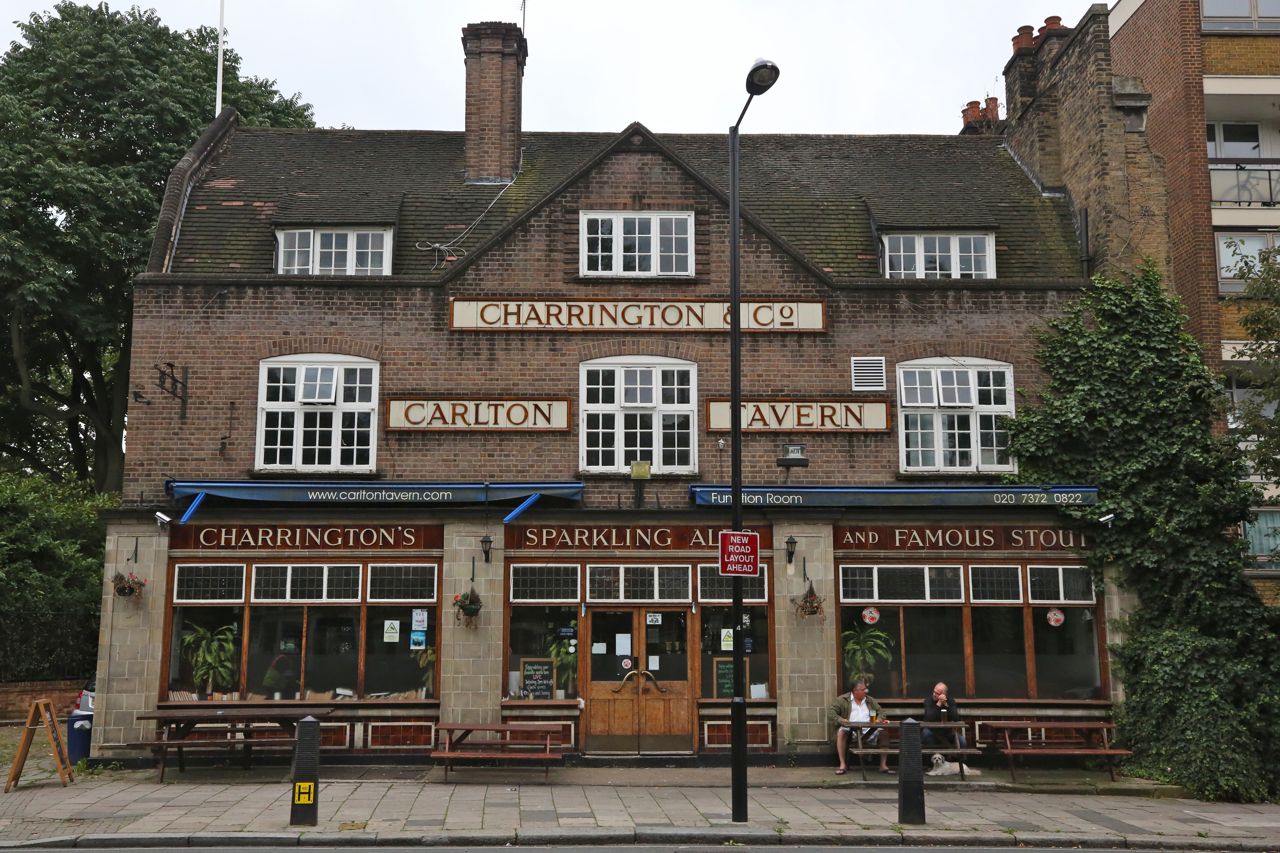 The mornings are darker now. As I sit here at nearly 6 a.m., it's still murky outside. When I let Olga out, she raced across the yard to do her business and I could barely see her, hunched in the dark. Hard to believe just a few months ago it was daylight at this time of the morning.

Our library talent video was shown at the Middle School assembly yesterday. The sound wasn't great, so the audience didn't get the full effect of our rhythmic performance, but there were some laughs and overall I think it turned out OK.

We also had our second faculty and staff choir practice. We sound pretty good, if I do say so myself! It's surprisingly fun to sing in a group, where you're adding to the sound and yet your own little flubs and foibles don't register. It's risk-free singing. (None of us have solos!)

After work yesterday I went walking in northern Maida Vale for Bleeding London and photographed 23 more streets. It's the far southern part of our post code. I'm trying to do all of NW6, slowly but surely, in addition to occasionally striking out for other parts of town. Anyway, I got some good shots, I think, including this one: 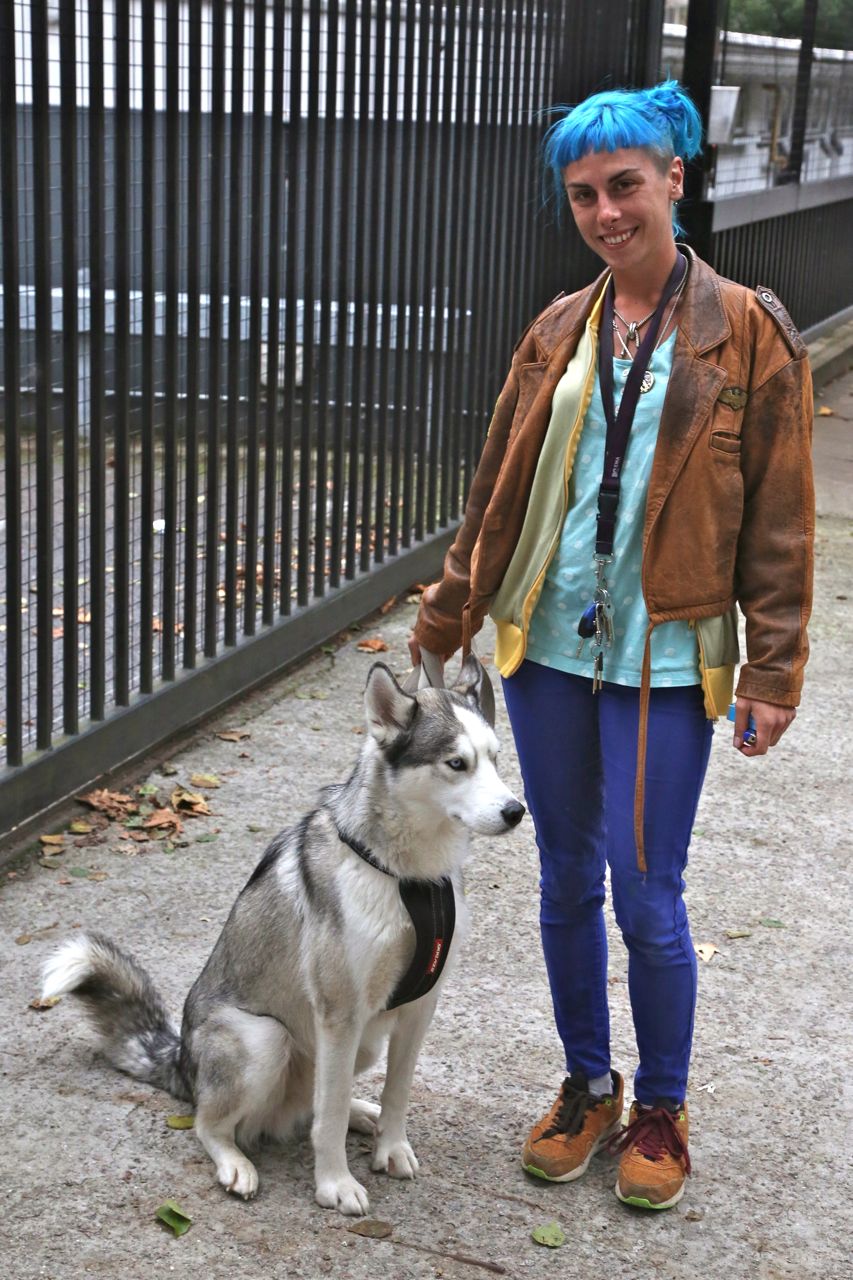 She walked past me and I couldn't resist stopping her to ask for a picture. (I always tell people I'm working on a project for the Royal Photographic Society, and that gives me a little gravitas!) I really like that shot -- the dog's blue eyes, the woman's blue hair, her grass-stained shoes -- even though it's just a bit out of focus, which is annoying. (I took it quickly, and then the dog stood and turned so I didn't have a chance for a second one.) A galloping horse won't notice. Hopefully.