Jersey Tiger, Front and Back 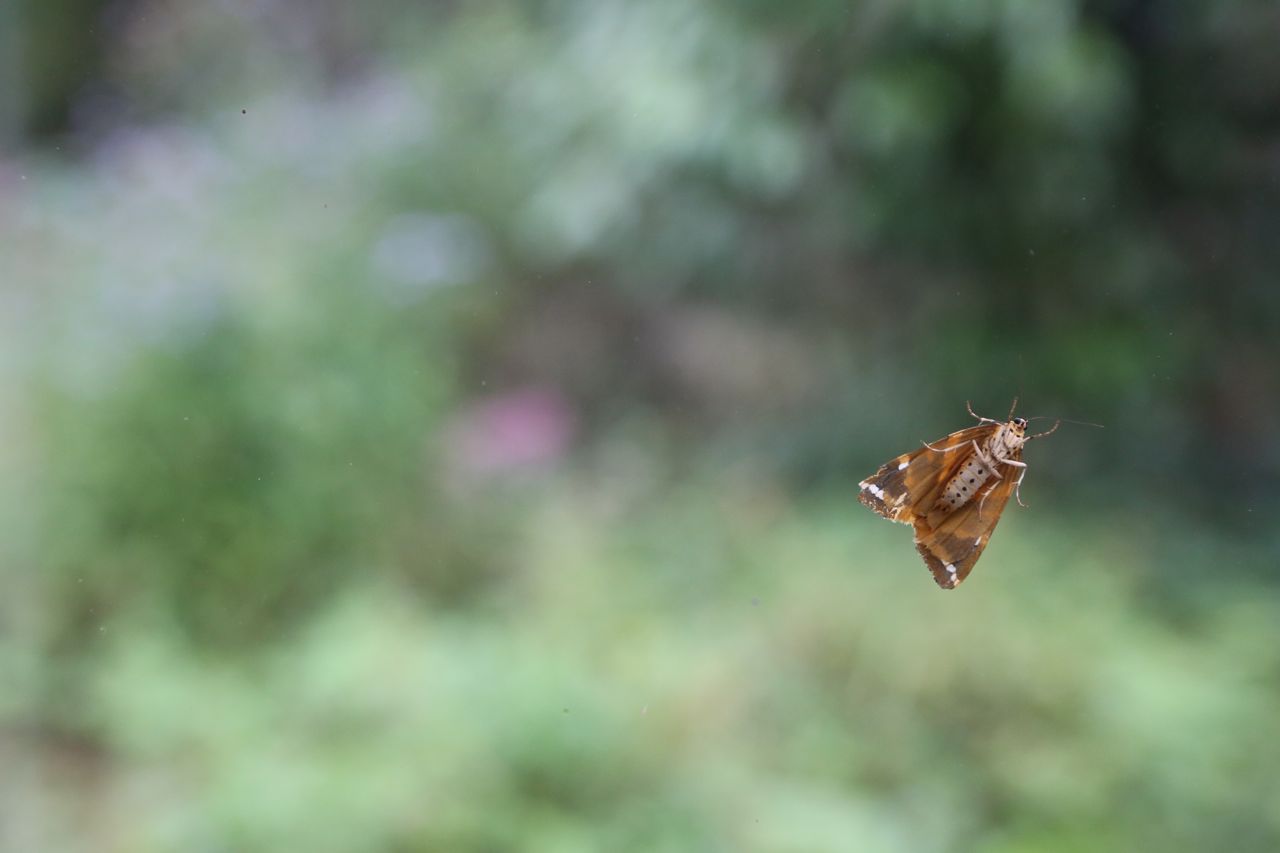 The other day Dave and I were in the living room when I spotted this critter on the windowpane. "Look at that!" I said, and ran for the camera. 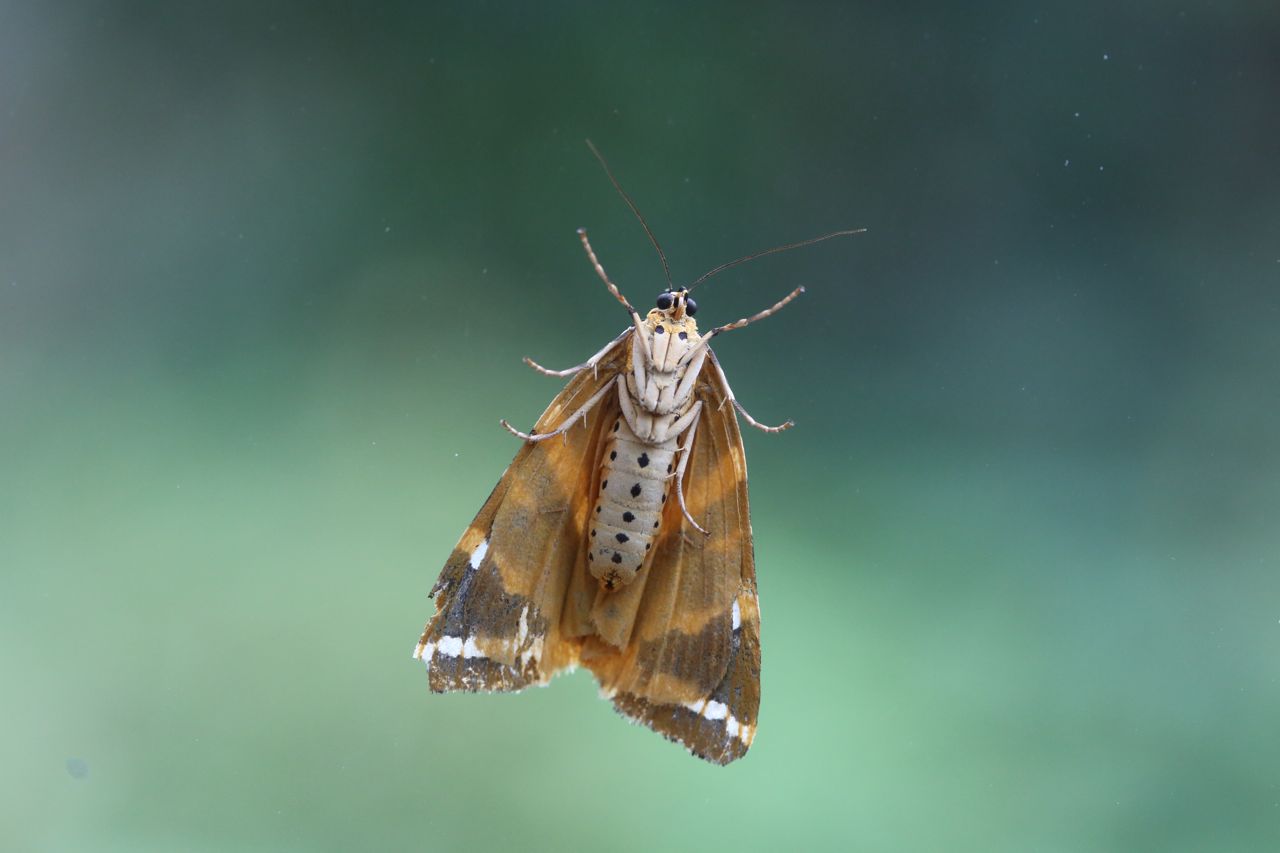 It's not often I get a chance to take a close-up photo of the underside of a moth. I didn't know what kind of moth this was, but I was even more impressed when I went outside to see what it looked like from above. 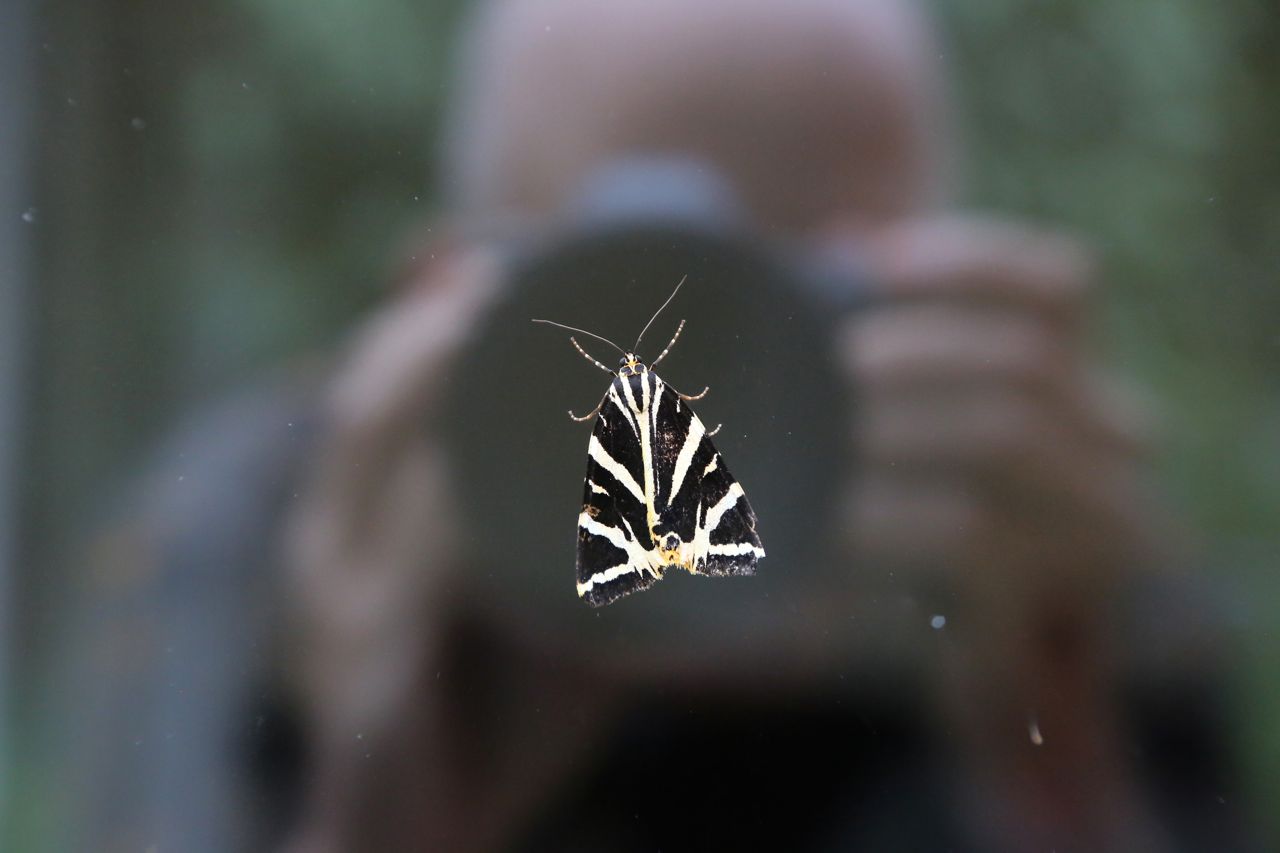 Beautiful, isn't it? Turns out it's a Jersey Tiger Moth, a mainly continental species that's relatively uncommon in England. Apparently they've been seen in London each year since 2004, so the theory is that they've established a colony here, according to Wikipedia.

I had no idea what I was looking at was all that unusual. I wish I'd had a chance to see its underwings, which are usually yellow or orange, but the moth did not oblige.

I wonder what brought it to our garden?
Posted by Steve Reed at 6:27 AM

Chance brought that moth to your garden - which gave you the opportunity to take a photograph placing it in the centre of the lens. Look at the reflection...

What an interesting creature. It's funny how we humans tend to worship the butterfly and pretty much ignore the moth. I like that you took the time to photograph this one and figure out what it was.

I have recently been paying more attention to moths. I'm so glad you got to see and photograph this one. So much in our world that we either never see, don't really think about if we do, and certainly don't understand.

That IS amazing! I just finished listening to Elizabeth Gilbert's new novel called "The Signature of All Things," and I wonder if you'd like it. It's about botany, basically, and the life of a family in the 18th and 19th centuries. I really loved it.

An ever ready camera is always a good idea! I am a little bit moth crazy , I have such a crush on moths lately. Yours is very handsome, what luck!

Ms Soup: Thanks! I couldn't avoid my reflection in the glass, so I decided to use it to my advantage!

Sharon: I guess we see moths less, because so many of them fly at night. The Jersey Tiger is a day-flying moth.

Ms. Moon: Indeed. I see tons of critters in our garden and on my walks with Olga that I never knew existed. I didn't know I would love having a yard so much!

Elizabeth: That sounds like a book that would definitely interest me! I'll keep an eye out for it!

Linda Sue: This camera is pretty much welded to my body. :)