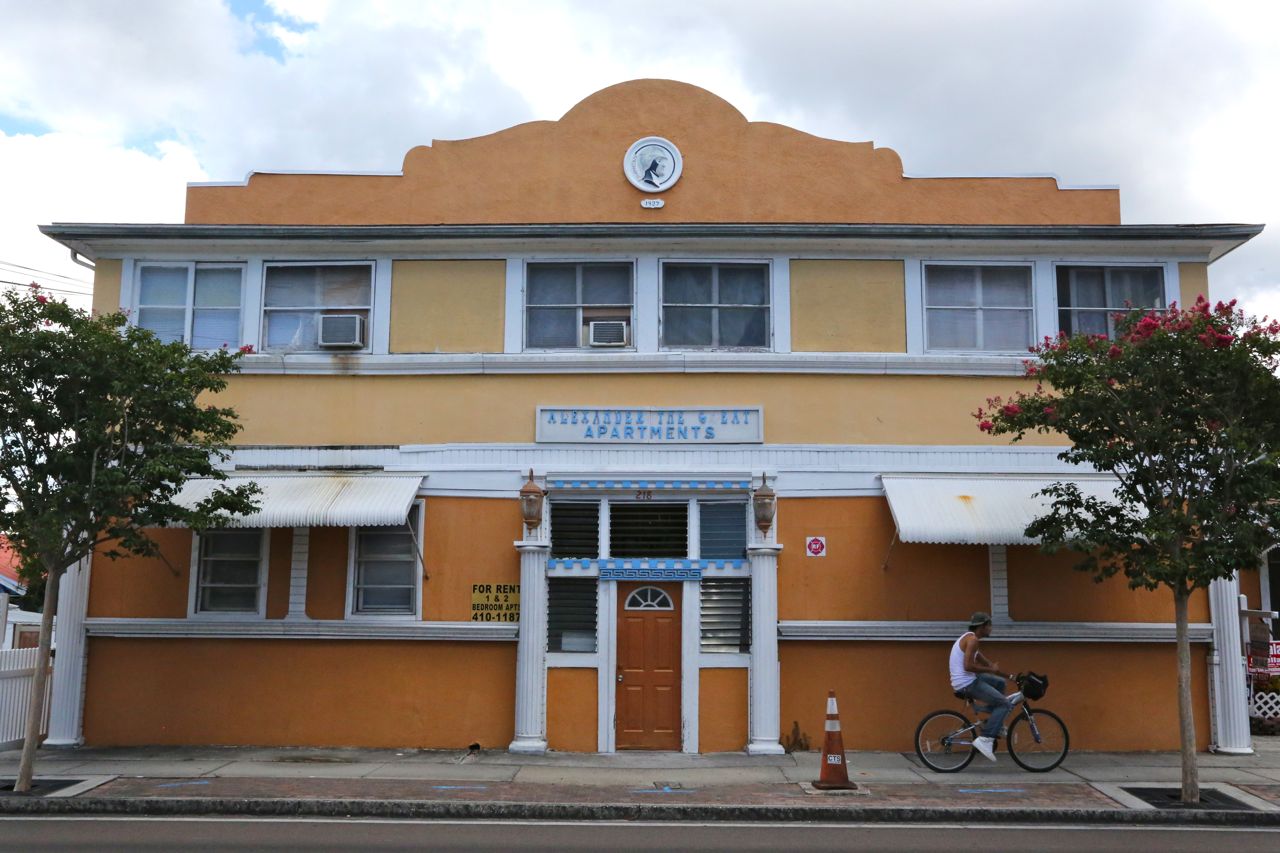 I've written about previous trips to Tarpon Springs, in 2008 and 2010. It's our default coastal destination, being closest to our house, even though there's really not much of a beach. We usually explore town and have lunch. Yesterday we went to the colorful Leepa-Rattner Museum, the local art museum, which has an exhibit of paintings by George Inness, Jr. (He was a Yankee but he wintered in Tarpon Springs and painted some Florida scenes.)

Then we went to Rusty Bellies for lunch, where I had a crab cake sandwich. I thought about having grouper, which I love, but it was pretty expensive and as I recall it's being overfished (hence the price, I suppose).

Tarpon Springs was settled by Greeks and many of the shops and restaurants have a Greek motif. I couldn't resist taking a photo of the Alexander the Great Apartments (above). 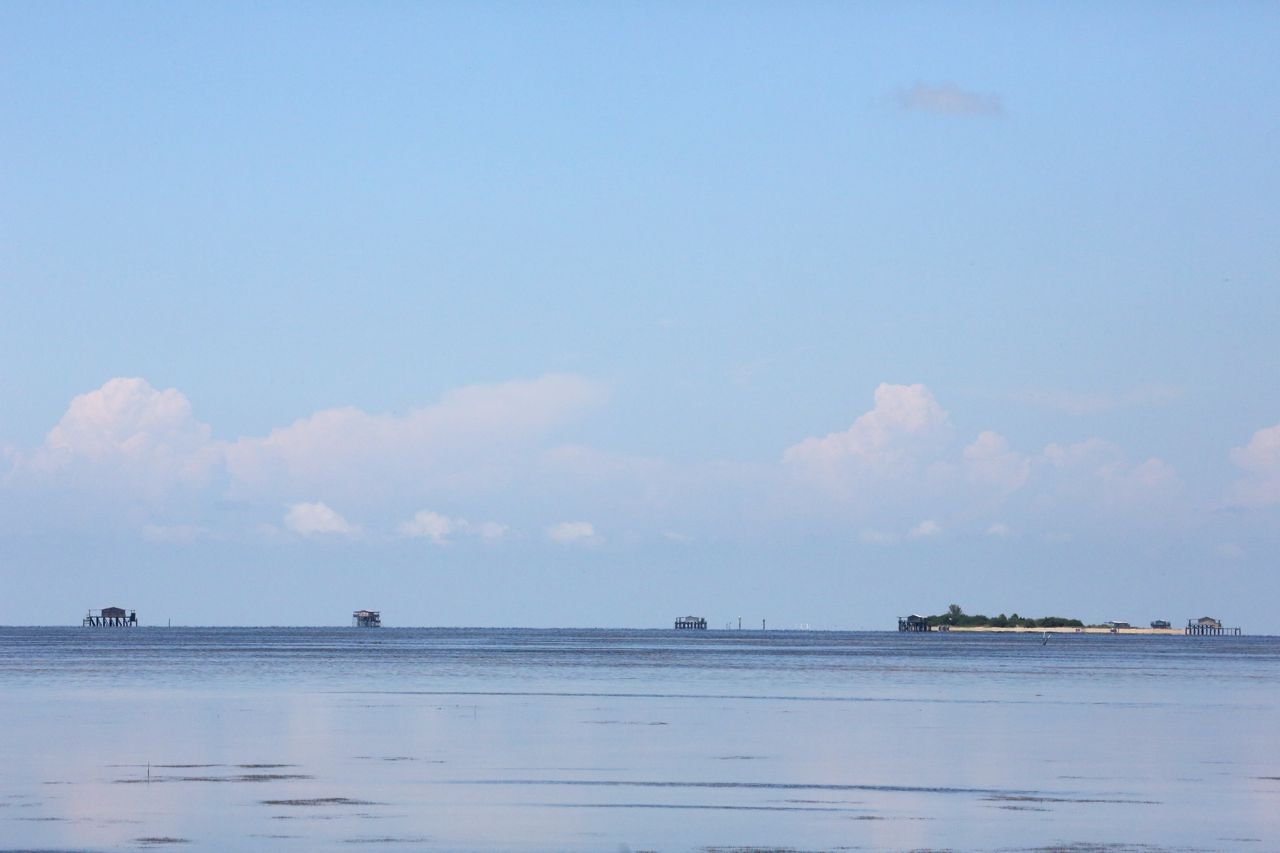 Then we drove up to New Port Richey, where I wanted to take a look at the downtown area. I hadn't been through that region in years, except to drive along U.S. 19, the widely reviled main highway, on the way to somewhere else. So we drove some side streets and then drove out to Brasher Park on the Gulf. 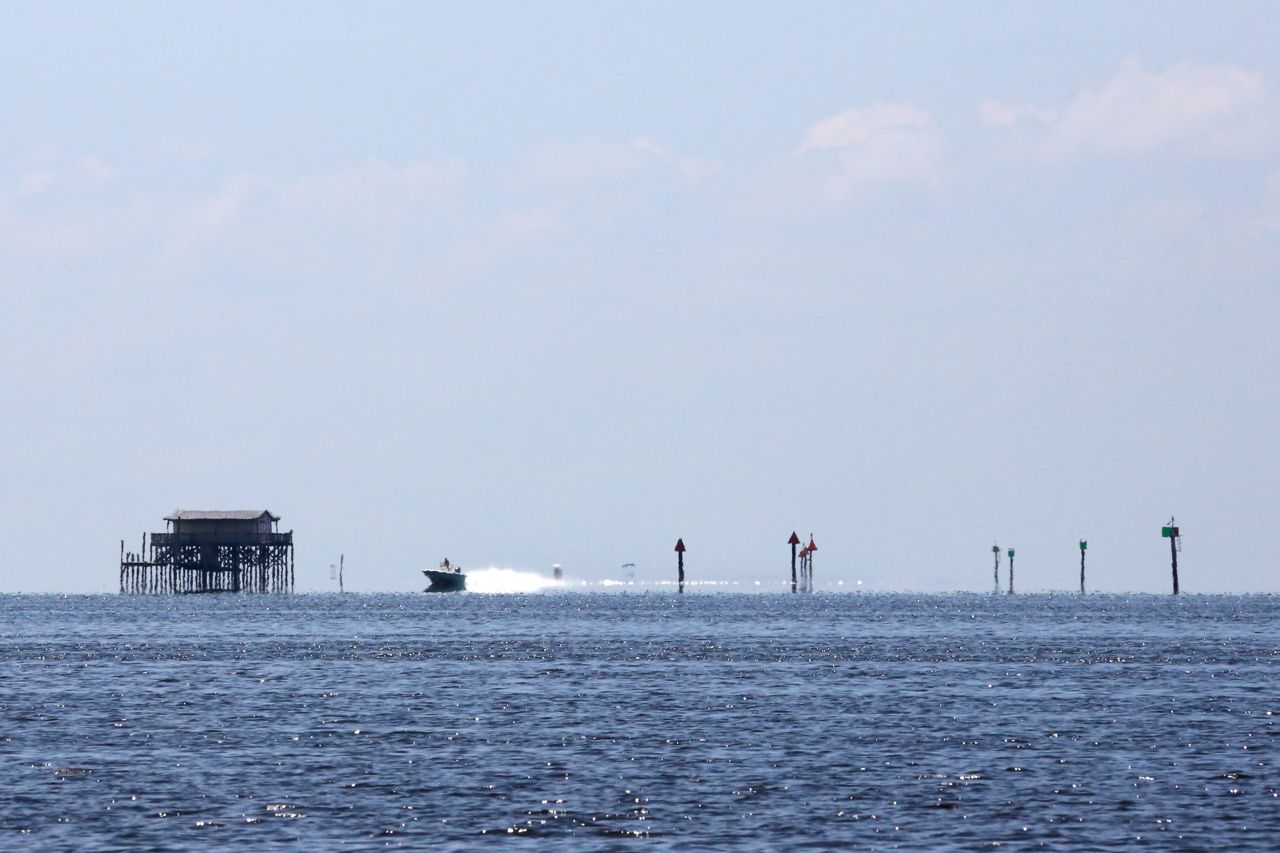 Brasher Park is right next to what used to be known as the Energy Management Center, a sort of marine ecology lab operated by the county schools. I used to take field trips there in high school. I remember studying the mangroves and the other wildlife, and I was always intrigued by the distant stilt houses in the Gulf that we could see from shore.

Turns out the stilt houses are still there. The state doesn't allow their construction anymore, so they're gradually disappearing, but I counted six or seven of them. (Here's an interesting series of articles about their history.) We also drove out to a park at the end of Green Key Road, which allowed us to see the houses from two angles.