I Ought to Hit You in the Face 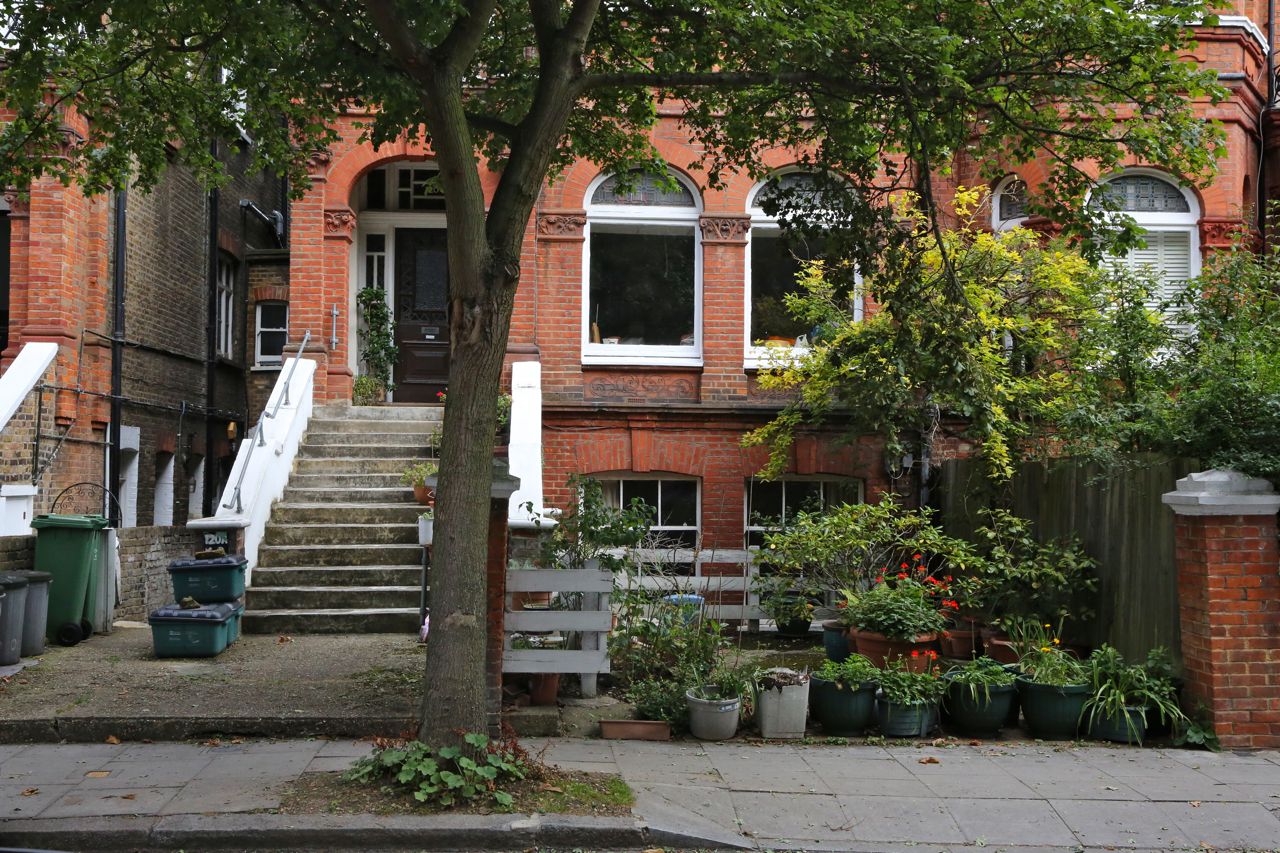 Such a busy weekend!

I spent much of it on photography for Bleeding London. I went out with Olga both mornings, slowly extending my network of covered streets. Poor Olga gets jerked along on the leash when I see something happening farther up the street and have to get into position. I'm sure she is not a fan of my camera.

One guy actually threatened me. He was coming toward me on the sidewalk on the other side of the street. By coincidence, at the same time, I saw a house on my side of the street that I wanted to photograph. So I crossed the street, positioning myself in front of him to get the picture. He stopped, and I was aware of him standing off to my right as I snapped. When I finished, he said, "I ought to hit you in the face."

I was so aghast I wasn't even alarmed. "Why?!" I asked. He gestured weakly to the dog and then said, "Are you all right?" I said, "I'm fine. Are you all right?" At which point he turned and just kept going. The whole exchange was so bizarre that I think he was high on something -- but the upshot, I believe, is that he resented me crossing the street and blocking his path, and he was afraid to walk past me because of the dog. (Vicious as she is.)

I also worked in the garden, cutting out blackberry sprouts that are coming up from bushes we removed. And I harvested all the ripened blackberries from the bushes we saved -- some of them were way past ripened, soggy masses of brilliant purple juice, because Dave isn't a fan and they didn't get picked for the two weeks I was in Florida. We're definitely coming to the end of the season. In just a week or two, I think, they'll be done. 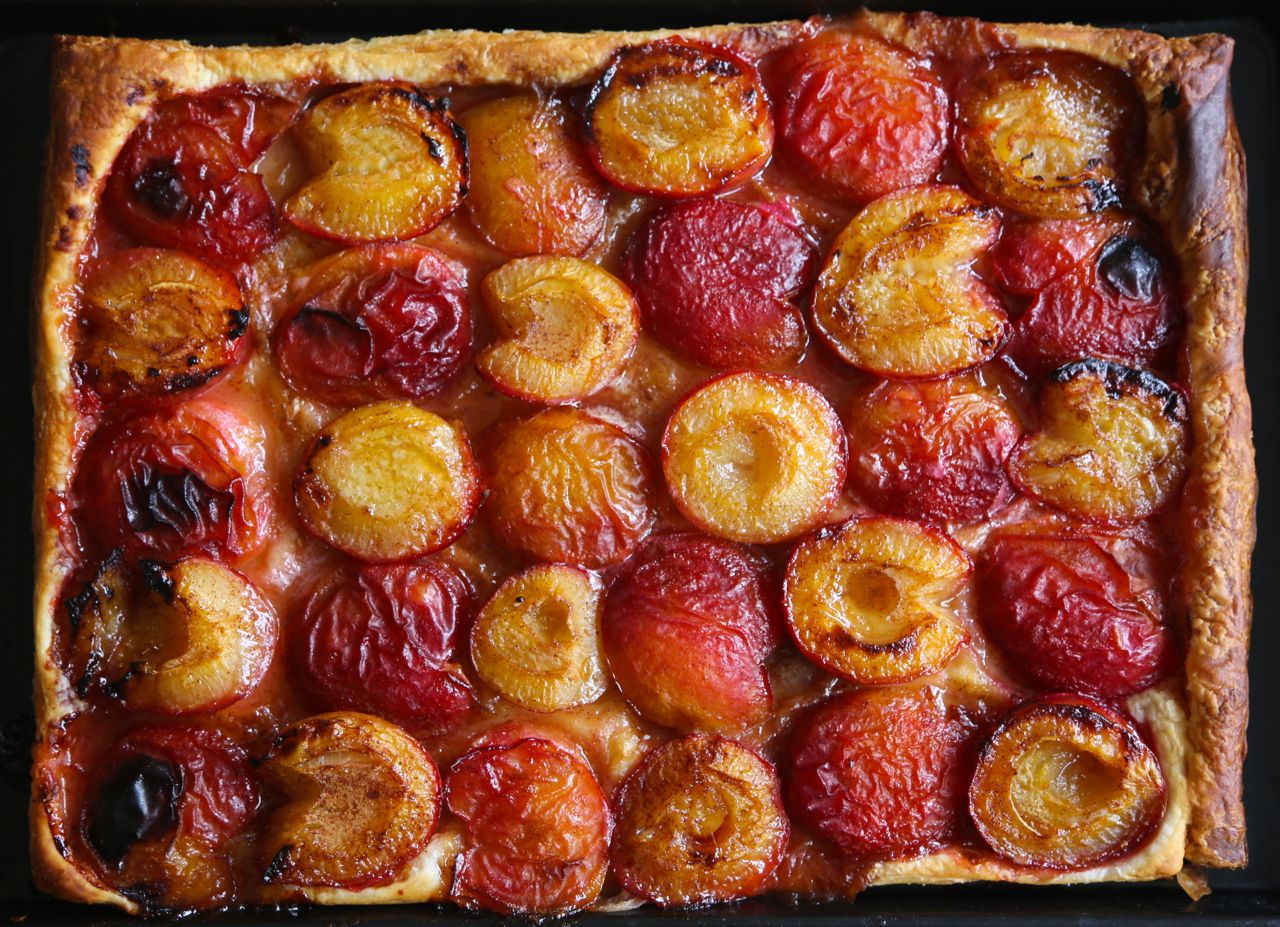 Dave made this plum tart for dessert on Saturday. Doesn't it look like an abstract expressionist painting? He was disappointed because some of the plums were more tart than sweet, but I think it turned out really well. (Again, he is not a huge fan of tartness.)

Last night, in memory of Robin Williams, we watched "Dead Poets Society," which I haven't seen in years and Dave hadn't seen since its initial release. It was a bit surreal to watch a movie that hinges on a suicide, given the circumstances of Williams' death, but it's still a good film.

(Top photo: A house front in South Hampstead.)
Posted by Steve Reed at 6:50 AM