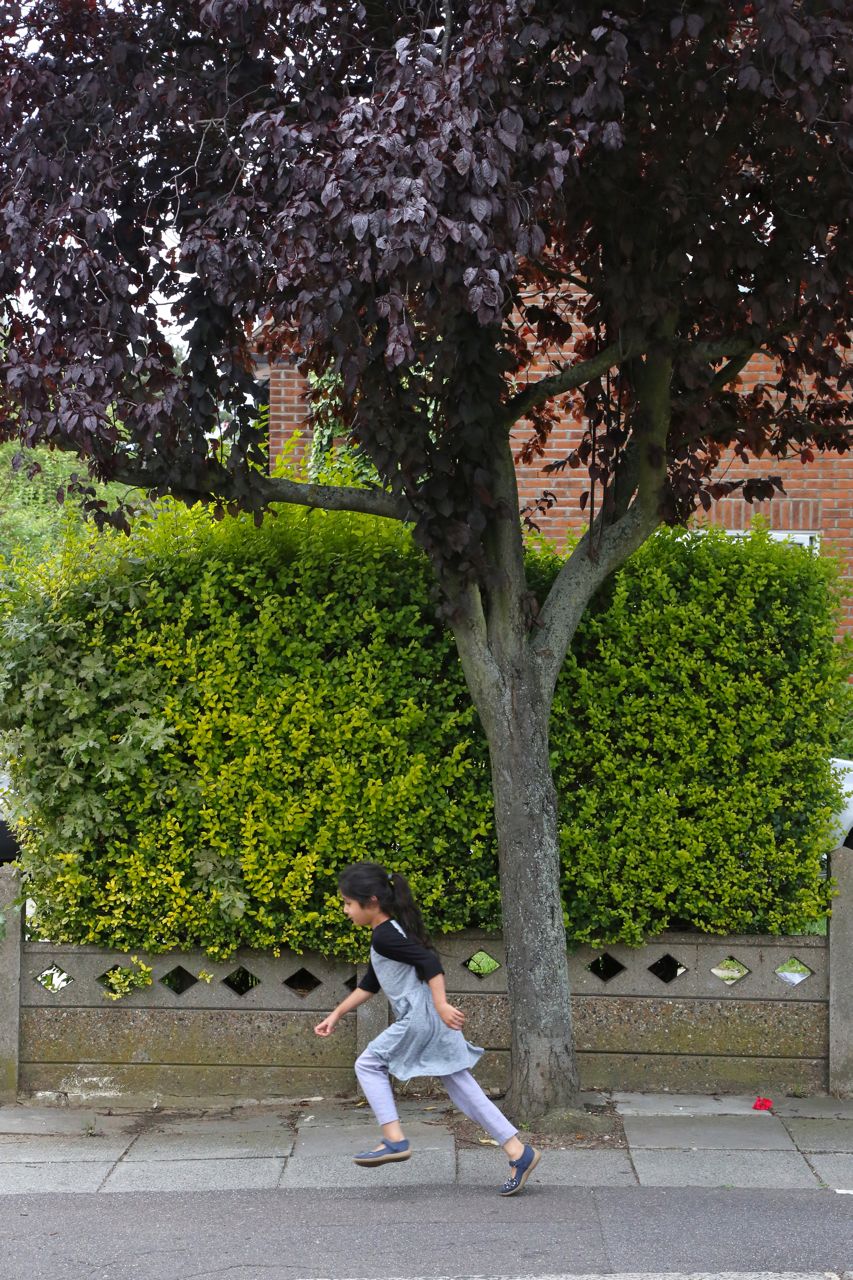 Wow! Yesterday was a marathon of street photography for Bleeding London.

First, I took Olga for an early-morning walk and polished off a handful of forgotten streets near our flat -- another step on my endless quest to photograph every street in our postcode, NW6.

Then, at 10 a.m., I took an overground train and the tube out to far east London, to Woodford, which had not been photographed at all. There I met up with Susi, the woman I know from Flickr who introduced me to the project, and her husband Greg. We had coffee at a Costa coffee shop where we got to know each other a bit. Then we set out, Susi and Greg going in one direction and I the other. (We were in the IG8 postcode, for those of you keeping track of such things.) 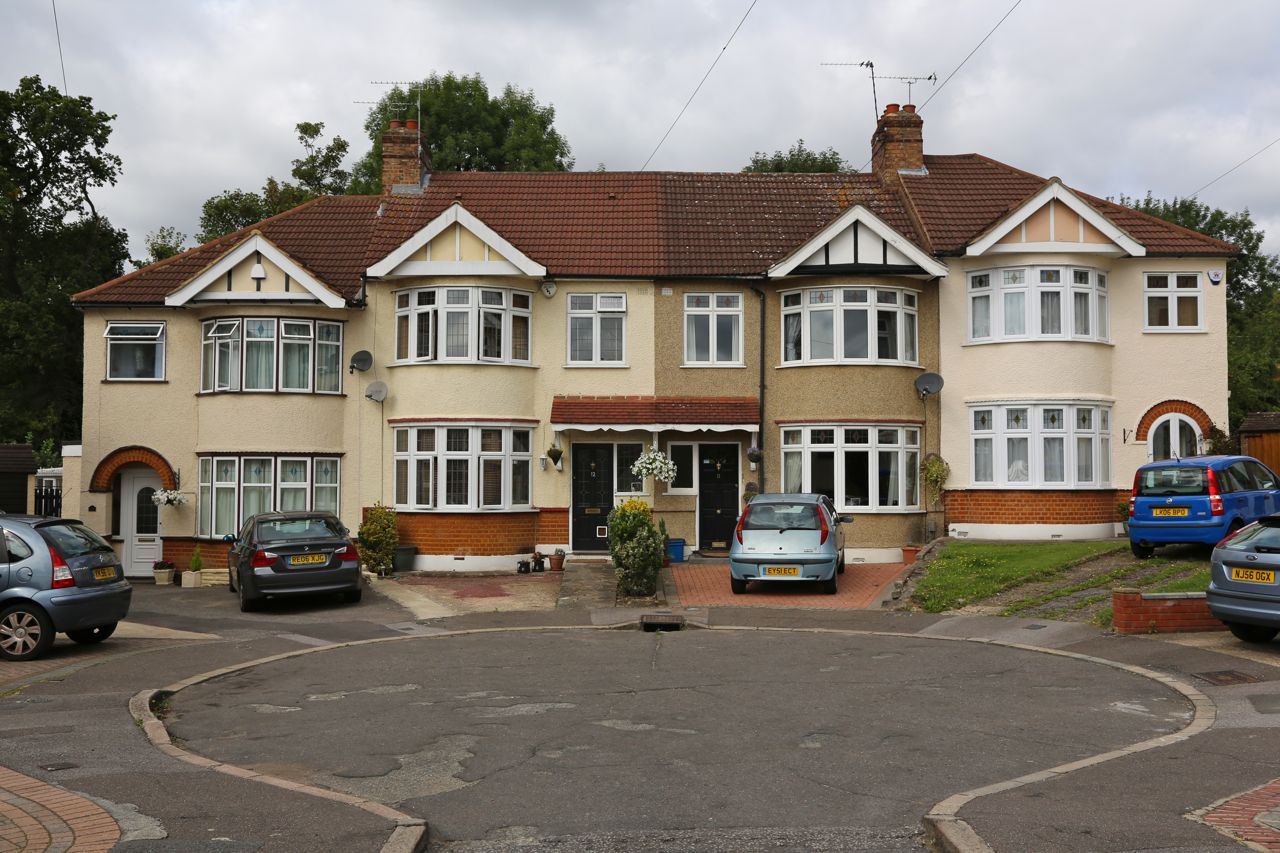 It was a somewhat suburban area, with detached and semi-detached housing. Lots of cars and garages. Many of the streets I photographed were no more than cul-de-sacs, barely big enough to turn around in, which inevitably led to photos like this (above). Not terrible, but not exactly inspiring.

Occasionally I got luckier and found a quirky street feature or an interesting person, like the running girl in the top photo. 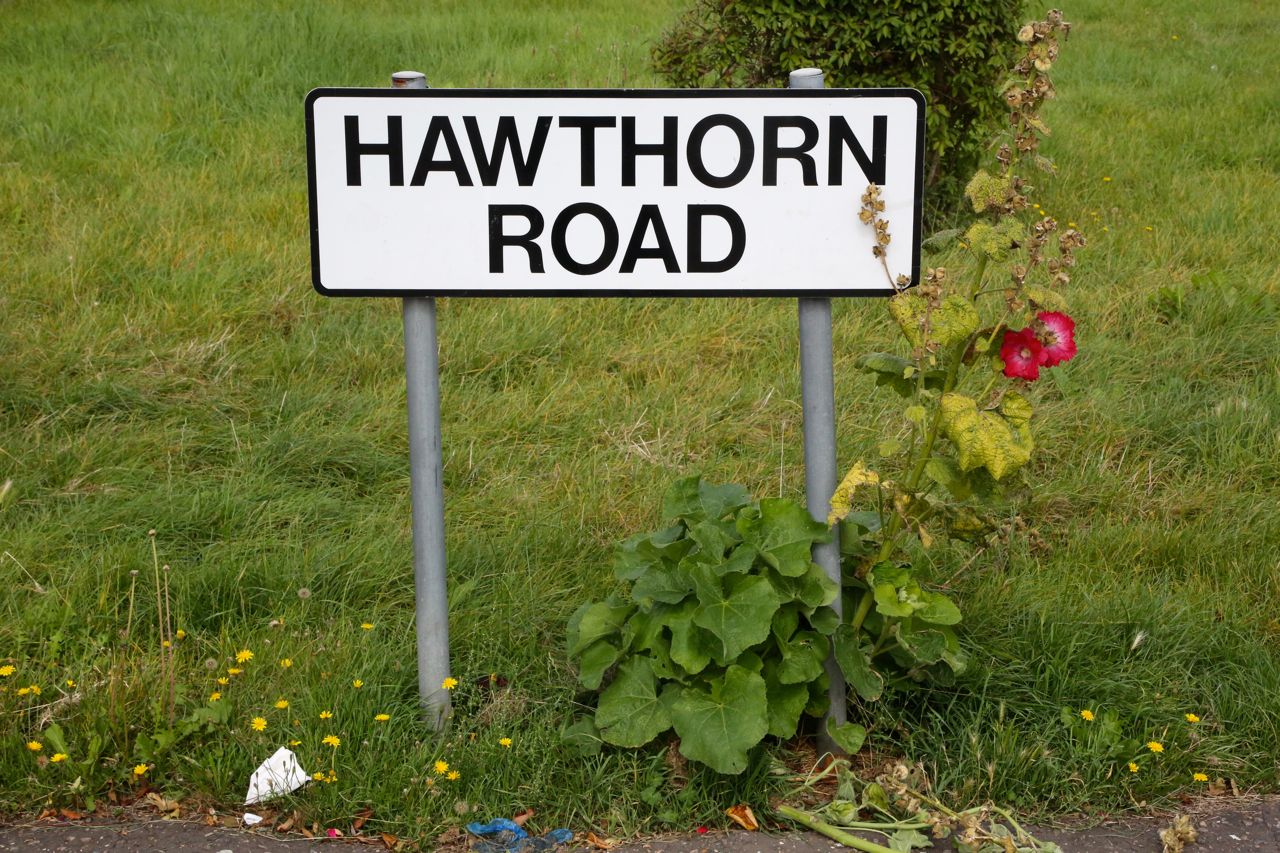 This (above) was the lamest picture of the morning. I really try to not just photograph a street sign. I hoped the hollyhock would redeem it a bit, but I'm not sure.

I walked for two hours in and around Woodford before reuniting with Susi and Greg for lunch. Then they headed back to central London, but I pressed on to the equally ignored E4 postcode, slightly to the west. I took a bus toward Chingford and got off at the wonderfully named Friday Hill, and walked southward to the Highams Park train station.

If there's one frustration I have with this project -- aside from the fact that not nearly enough photographers are participating -- it's that the content of the photos tends to be repetitive, at least in my case. After all, on an average residential street, you're pretty much confined to photographing the outside of houses. And what do people leave outside? Cars, garbage bins, cats, flower gardens, lawn or patio ornaments -- kind of the same stuff over and over. I try to shake things up a bit but it's a challenge. 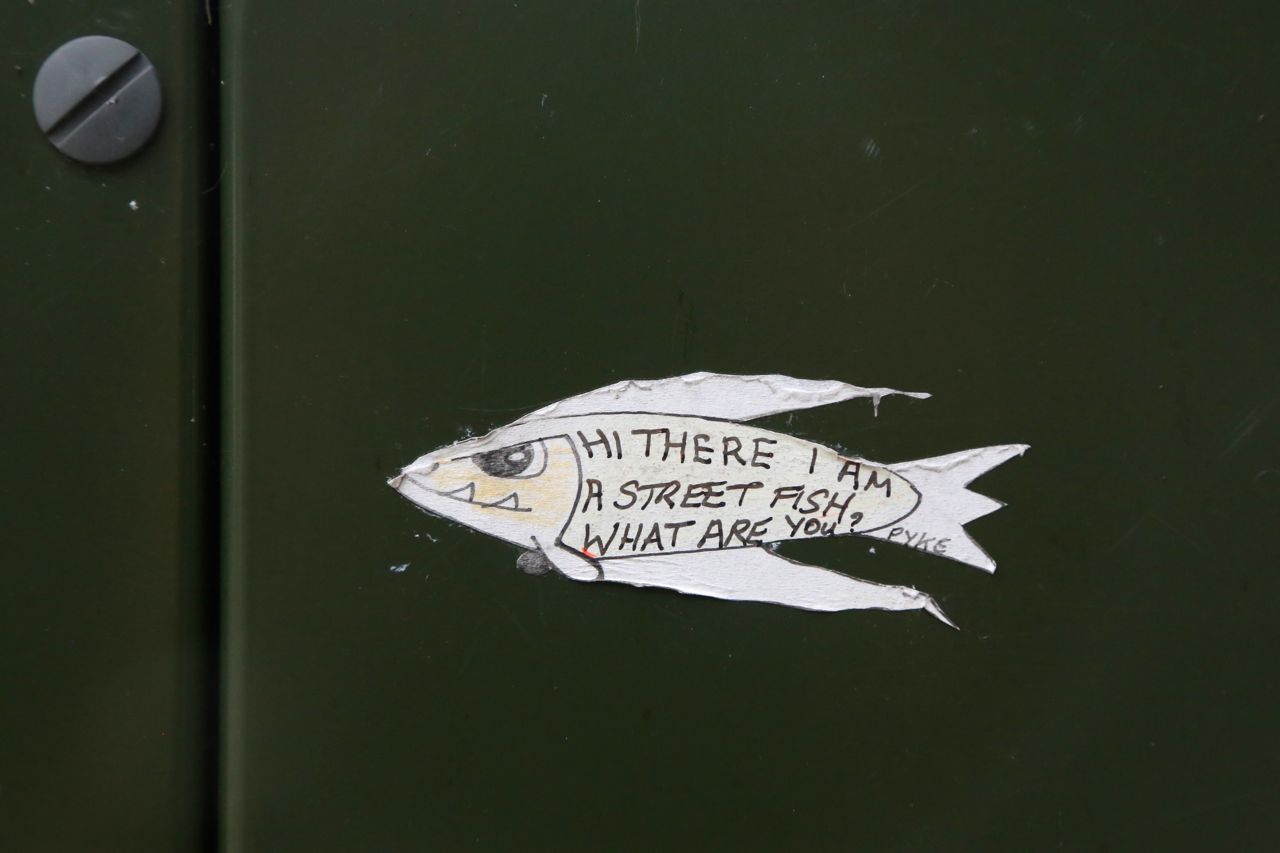 By the end of the day, when I took a bus, the tube and two overground trains to get home, I'd photographed 43 streets in Woodford and 27 in lower Chingford. That's definitely a record for me!

By the way, I don't know if I've mentioned this, but you can browse all the photos here. Mousing over the images shows the location and photographer's name. You can't search for specific streets or photographers, but you can sort by postcode using the drop-down menu at the top. You can see the photos from me, Greg and Susi by sorting for the IG postcode.

Or you may be happy with what I've put on the blog, which is fine too!
Posted by Steve Reed at 6:57 AM