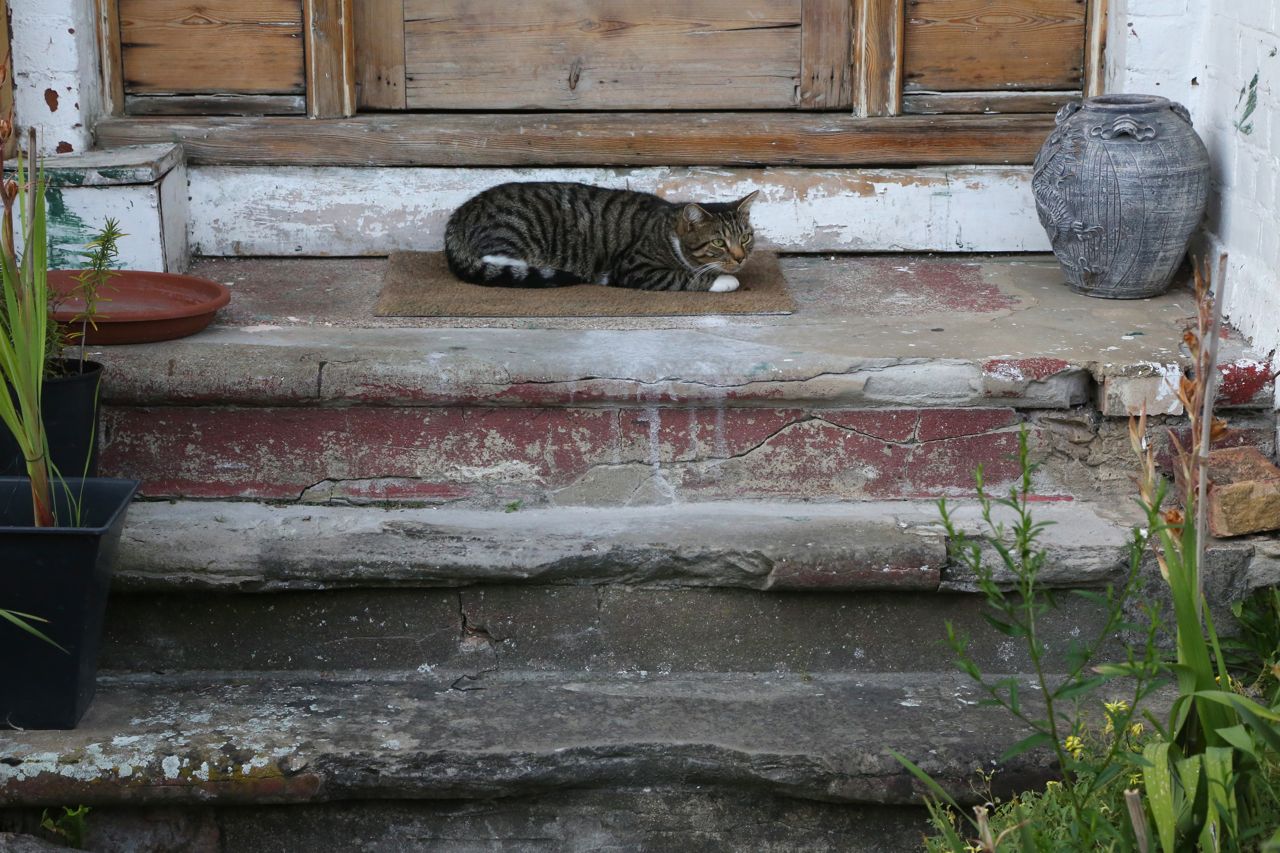 I was going to be a complete wild man and blog from the front room of our flat today. But in the end, I fell back into old habits, and here I am on the couch looking out at the garden.

Seriously, one of the problems with this new flat is the allocation of space. We have two large rooms at the front of the house -- an entry foyer and the front room, where our groovy dining table is -- that we barely use. We drop our shoes and umbrellas in the foyer, and that's about it. We don't use the dining room because we commonly eat in our living room in front of the television -- as culturally and intellectually bankrupt as that sounds. In fact, the dining room still contains boxes of books waiting for the arrival of our new bookshelves. (Where are those bookshelves, anyway? I've got to check up on that.)

It's kind of disconcerting to think that we could chop off fully one half of our flat and not even miss it, aside from the fact that it stores a couple of large pieces of furniture.

This weekend, though, we're planning on having our former neighbors, Chris and Linda, over for dinner. So we'll use the table then. We probably should eat in there more often, rather than fueling our mealtimes with reruns of "Star Trek: The Next Generation" and "The Streets of San Francisco."

Oh, and did I tell you that the landlords of our old flat sent a notice to the school trying to find a new renter? Yes, this after they had us move so they could sell the place. I guess it's not selling. (It's still listed, anyway.) It seems odd to me that they would try to find another tenant, rather than just lowering the price to try to spur a sale. But who knows -- I admittedly am not privy to all the financial information that must be factored into such a decision.

Yesterday was a bear of a day at work. Part of the library was reconfigured into classroom space over the summer, and that required shifting the shelves in the fiction section, which meant the books were all out of order. I had to re-shelve fully half of our fiction -- thousands of books -- and even with a co-worker's help it took hours of bending and lifting, pushing and pulling. Once again, who knew that working in a library would be so physical?