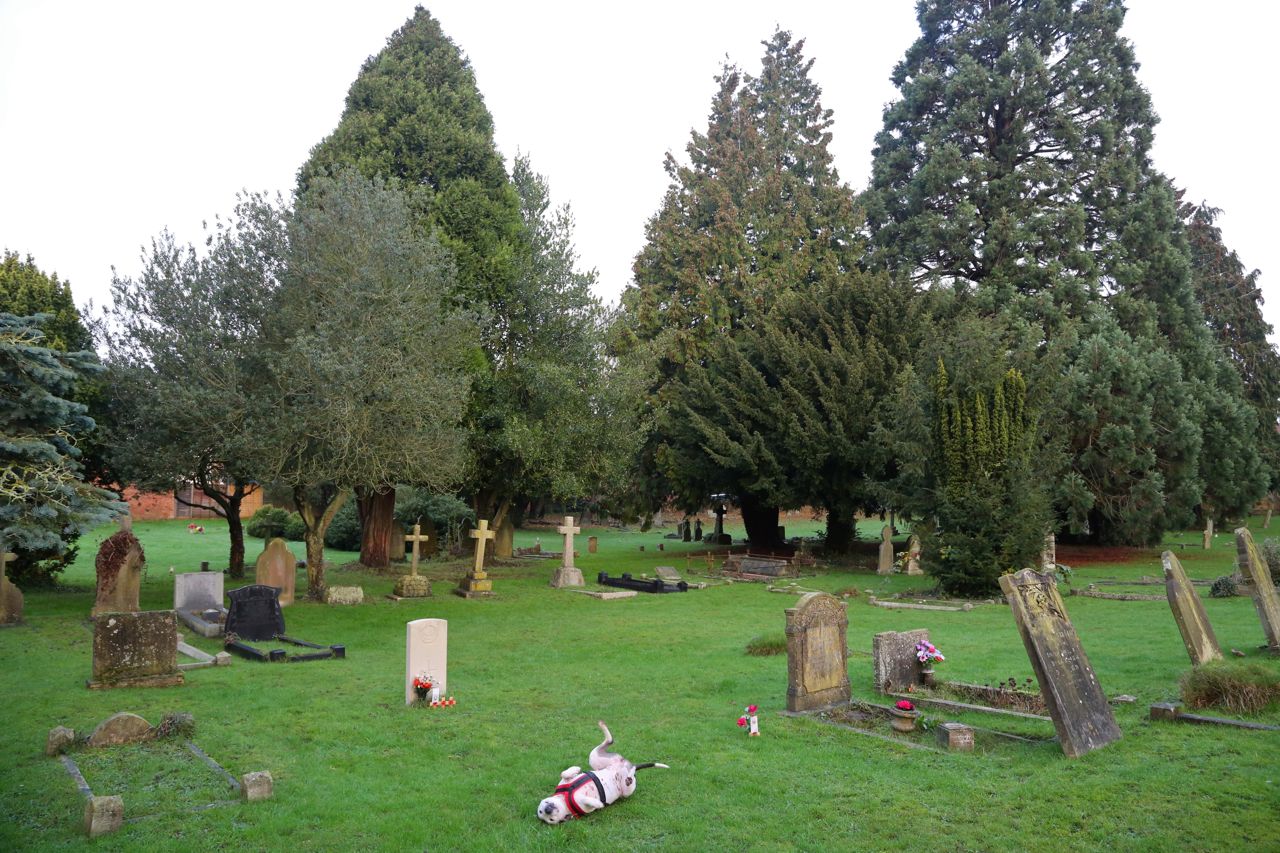 As I told Dave, my main desire on this trip was to get out of town and walk in the country. Otherwise, why leave London? I wanted a rural experience.

Olga and I got a bit of that when we took an early morning walk yesterday morning. We found the cemetery, which of course Olga loved. (And this time there were no signs telling her to stay out, at least not that I saw.) 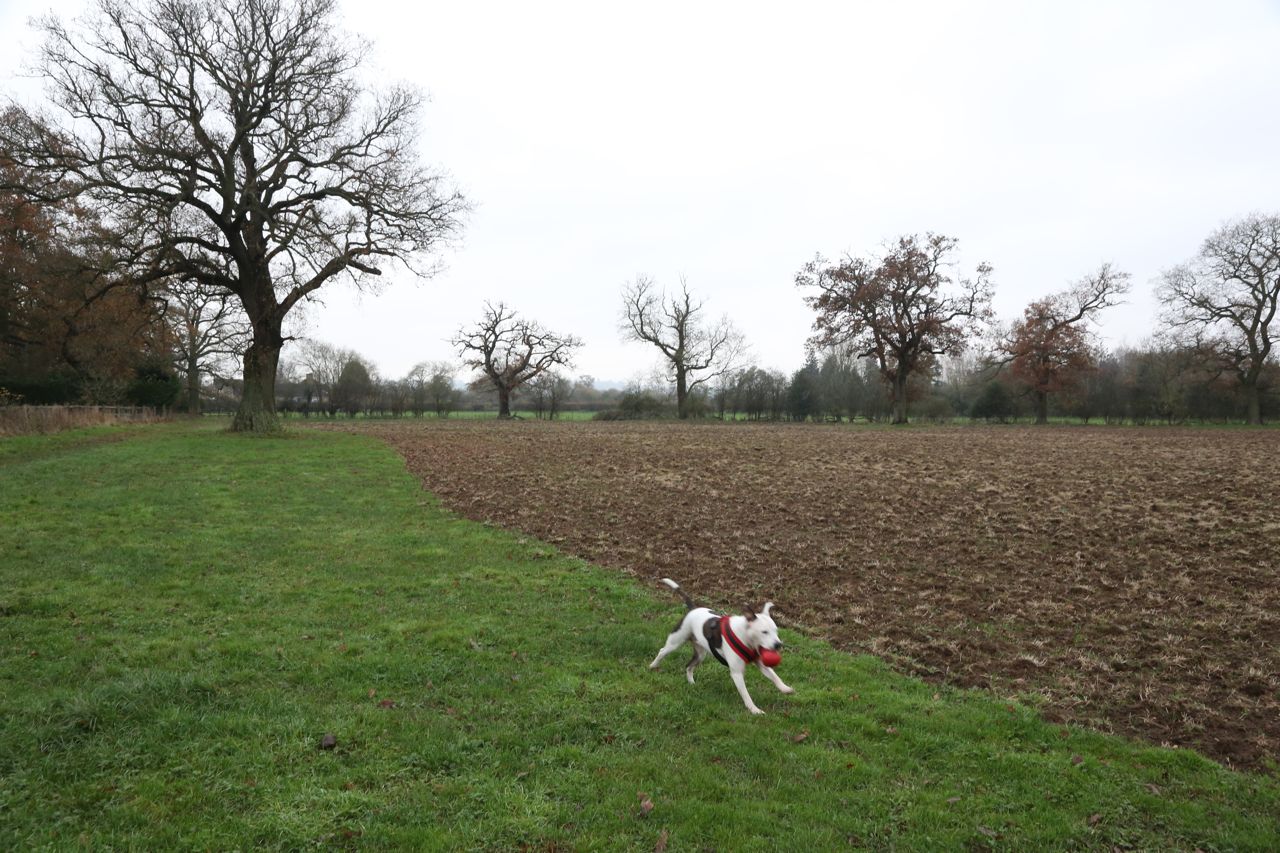 Then, later in the morning, we asked the desk clerks at our inn to recommend a long-ish walk that would take us out of town and allow us to see some sights. They suggested we take a circular, 3.5-mile walk to Batsford, a nearby village, using the public walking trails that crisscross fields and pastures. (In England, many public paths predate modern land-ownership laws and are preserved for public access, even when they cross private property.)

Of course everything is wet and squishy at this time of year. In short order our shoes were caked with clayey mud and we were slip-sliding across plowed cropland. Olga didn't care because she had her Kong, and she kind of likes the mud.

Using a narrow stone footbridge, we crossed a tiny stream that apparently eventually becomes the Thames, and passed Batsford House, a huge Victorian mansion where the Mitford sisters lived during World War I. The lawn in the foreground is a deer park, where an impressive herd of deer were wandering around. Olga took no notice of them. 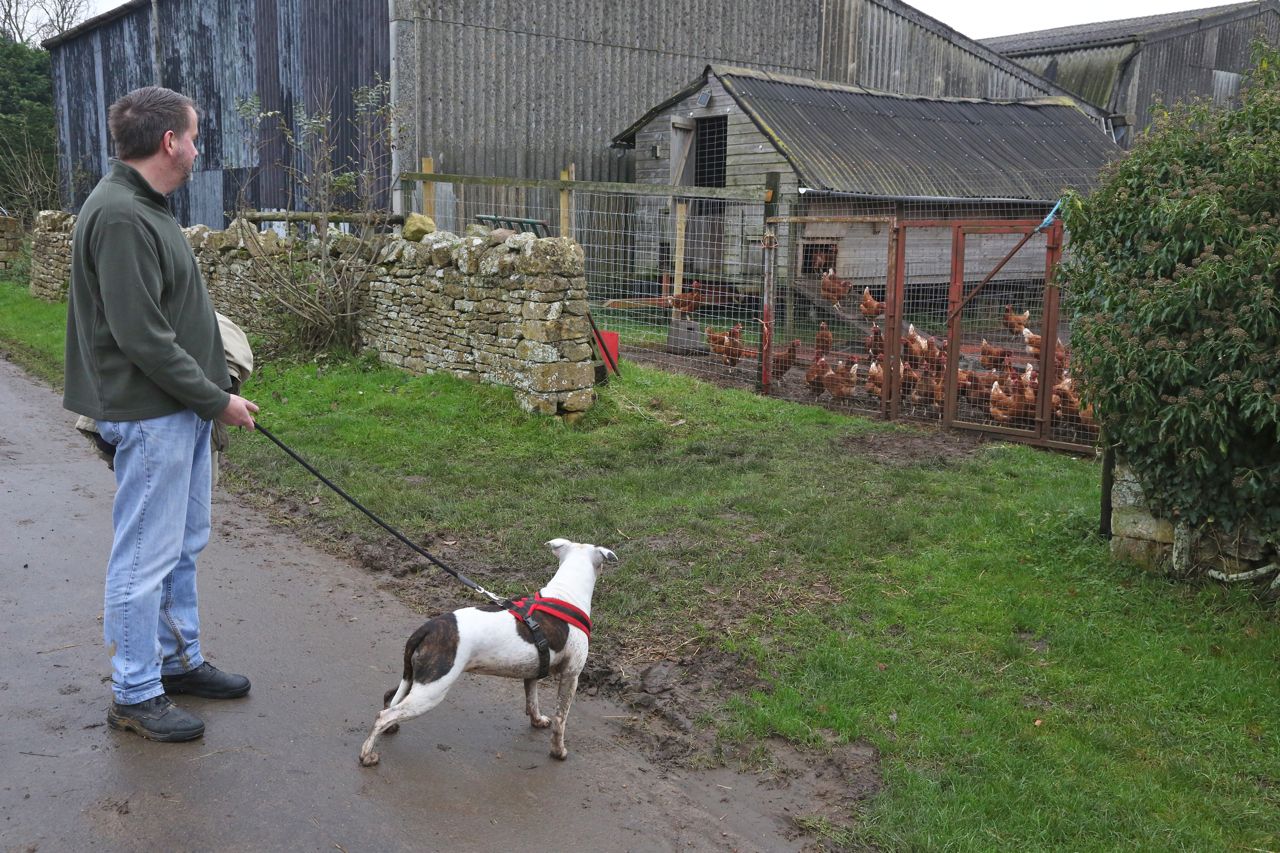 Olga did, however, notice some chickens in the nearby hamlet of Dorn. Don't worry -- Dave restrained her. 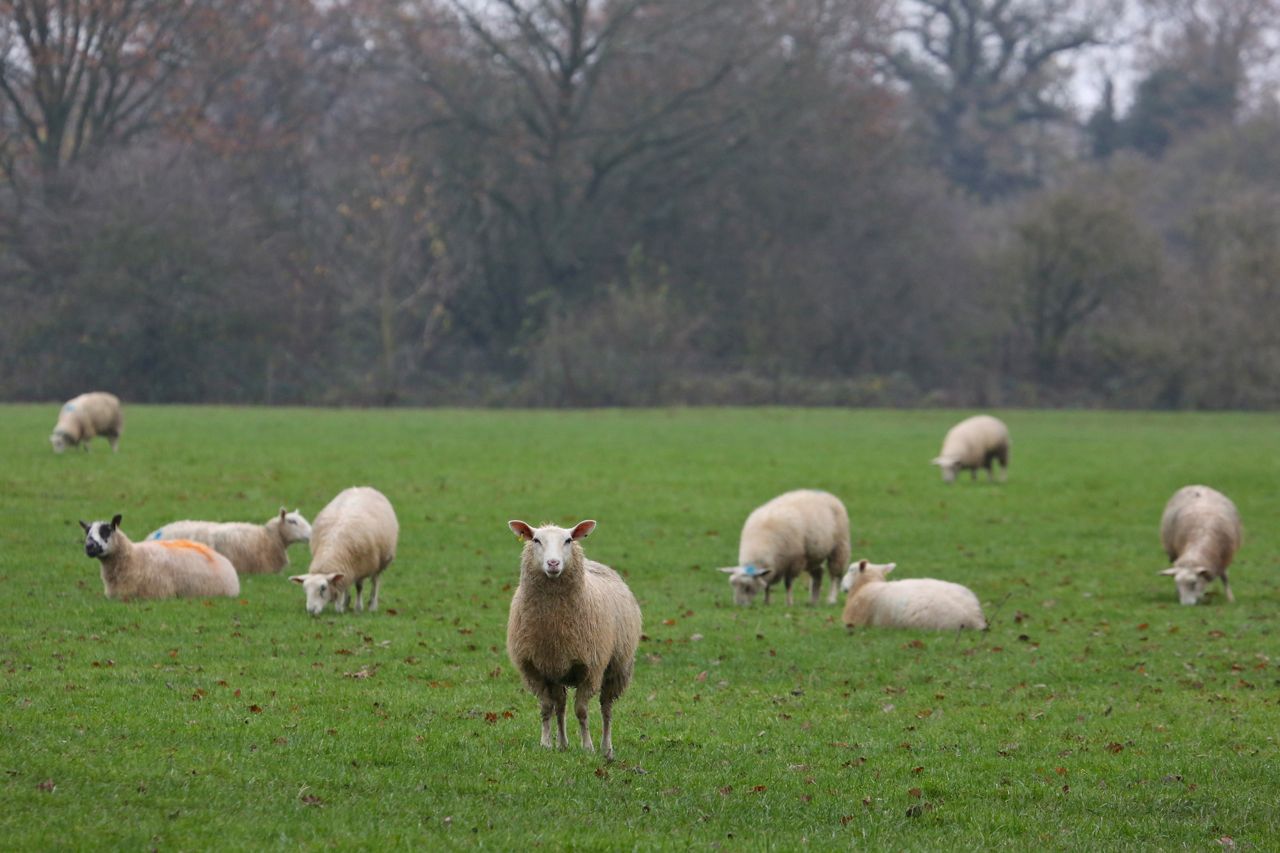 And we saw lots of sheep, who seemed completely disinterested in us unless we got too close. Olga didn't bother them, either, though she did briefly try to give chase when two of them ran off at our approach.

All in all, the walk took about three hours and even Dave, who is no fan of walking, said he enjoyed it. We spent the afternoon mostly relaxing in our room, though I checked out the thrift stores on the high street, where I got a nice shirt for £6. (Blue stripes, no collar -- kind of unusual and maybe somewhat pajama-ish, but I like it anyway!)

Last night we had dinner at a better restaurant before retiring to bed, where I had an incredibly uncomfortable night's sleep. I like our inn overall, but the bed in our room is just too small, and of course Olga expands to take up all possible space. I felt so claustrophobic I wound up trying to sleep on some cushions on the floor, like, well, a dog. The irony!
Posted by Steve Reed at 8:07 AM