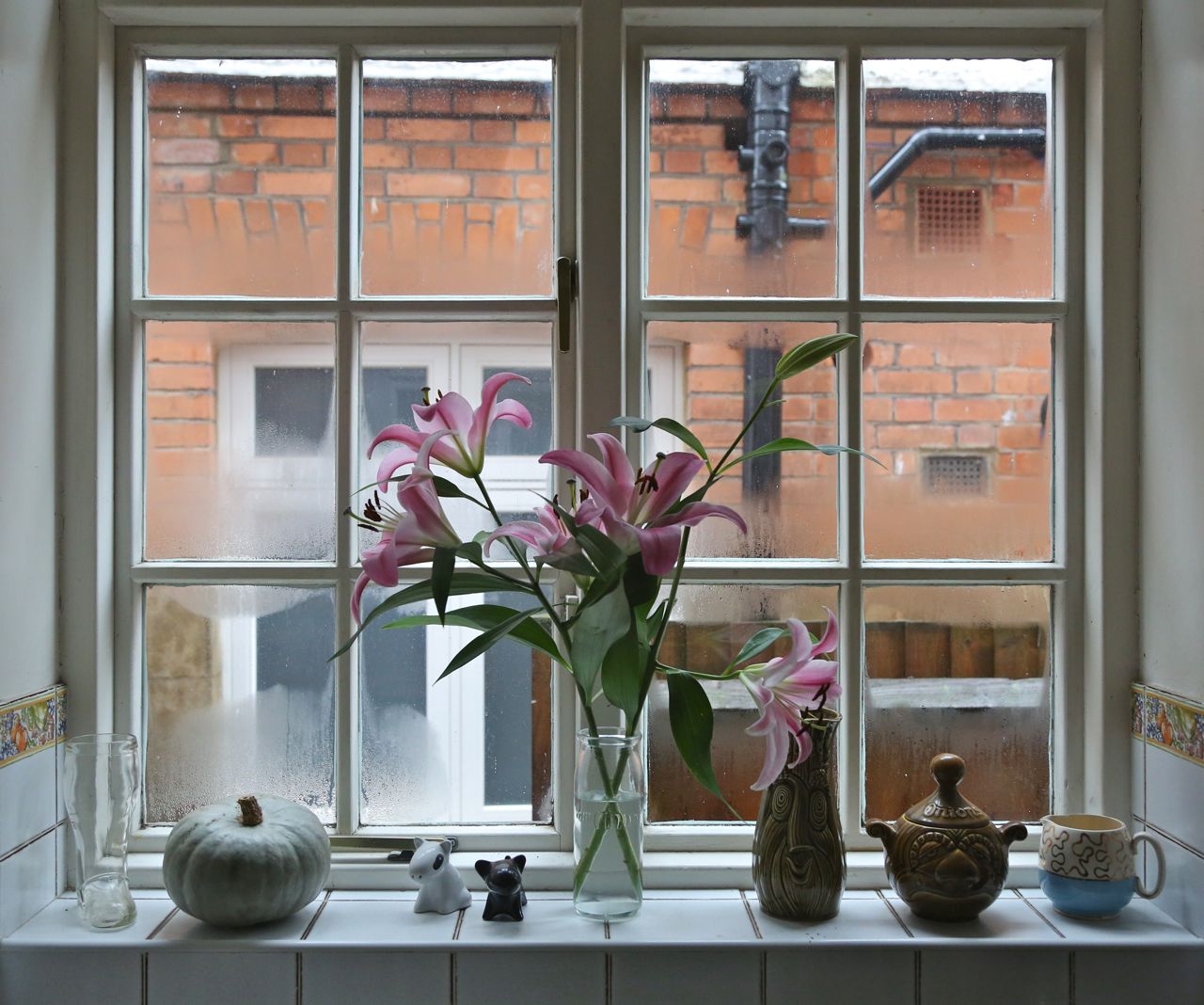 It poured all day yesterday. We stayed inside and watched movies and had a lazy, cozy day. Even Olga could not be convinced to go out. We'd open the door to the back yard and she'd stand on the threshold and watch the rain coming down -- and then hightail it back to the couch.

She held it from Saturday night until late yesterday afternoon, when the rain slacked up enough that I was finally able to drag her out on a walk. Pretty amazing, and she didn't seem to be at all uncomfortable. She's a camel.

The movies we watched were "The Graduate," which was on my mind because of the death of Mike Nichols; "Contact," which is one of Dave's perennial favorites; and "Bobby," Emilio Estevez's ensemble drama about the day Bobby Kennedy was assassinated. I remember going to see "Bobby" in the theaters and thinking it was really good, although as I recall it got mixed reviews, which I still don't understand. And wouldn't you think that after all that insanity in the 1960s, after the Kennedys and King and Malcolm X and all the resulting riots and strife, that the U.S. would have been able to pass some effective gun control legislation? Legislation that might have saved us the agony of Reagan and Jim Brady and maybe even Columbine and Newtown and all the other bloodshed that seems to crop up every single day in the United States?

That's our kitchen windowsill up above. I bought the stargazer lilies at Tesco on Friday -- five stems for £10. We have another big vase of them in the living room. They've filled the house with their soft aroma (which I know some people can't stand, but fortunately we love it). And I've really got to cook that winter squash -- I bought it weeks ago and just haven't got around to it.
Posted by Steve Reed at 6:41 AM

we had a gorgeous day yesterday. dry, clear blue sky and upper 70s. it's veering back towards winter again today.

This country will never do anything about guns except sell more! I don't understand what it is about our national psyche that makes us so fearful and paranoid that we think we need to stockpile weapons to feel safe. and not only that, parade around with them! I saw an item on FB this morning. A woman bought a handgun to prepare for possible unrest in Ferguson. "We're ready for Ferguson" she reportedly said before accidentally shooting herself in the head and killing herself.

oh, and those lilies are beautiful. I love the way they smell.

Your kitchen window is gorgeous. How lovely to have a day of movies and being cozy!
Guns. I've already had this conversation twice today. Seriously. With real people. Hand guns and assault rifles just need to be taken off the market. It might take fifty years to see some results but fuck it- what else do we do?

Those lilies are gorgeous and I like their subtle smell too. I actually heard on the news this morning that it rained all day yesterday in London. The rain didn't make the news but the fact that the stars of "Paddington" had to brave the rain for the premier of the movie.

Love the lllies, and yes, I'm reasonably well.Let me know if those resources are helpful.

Beautiful! And yes - I just shake my head at the gun culture...