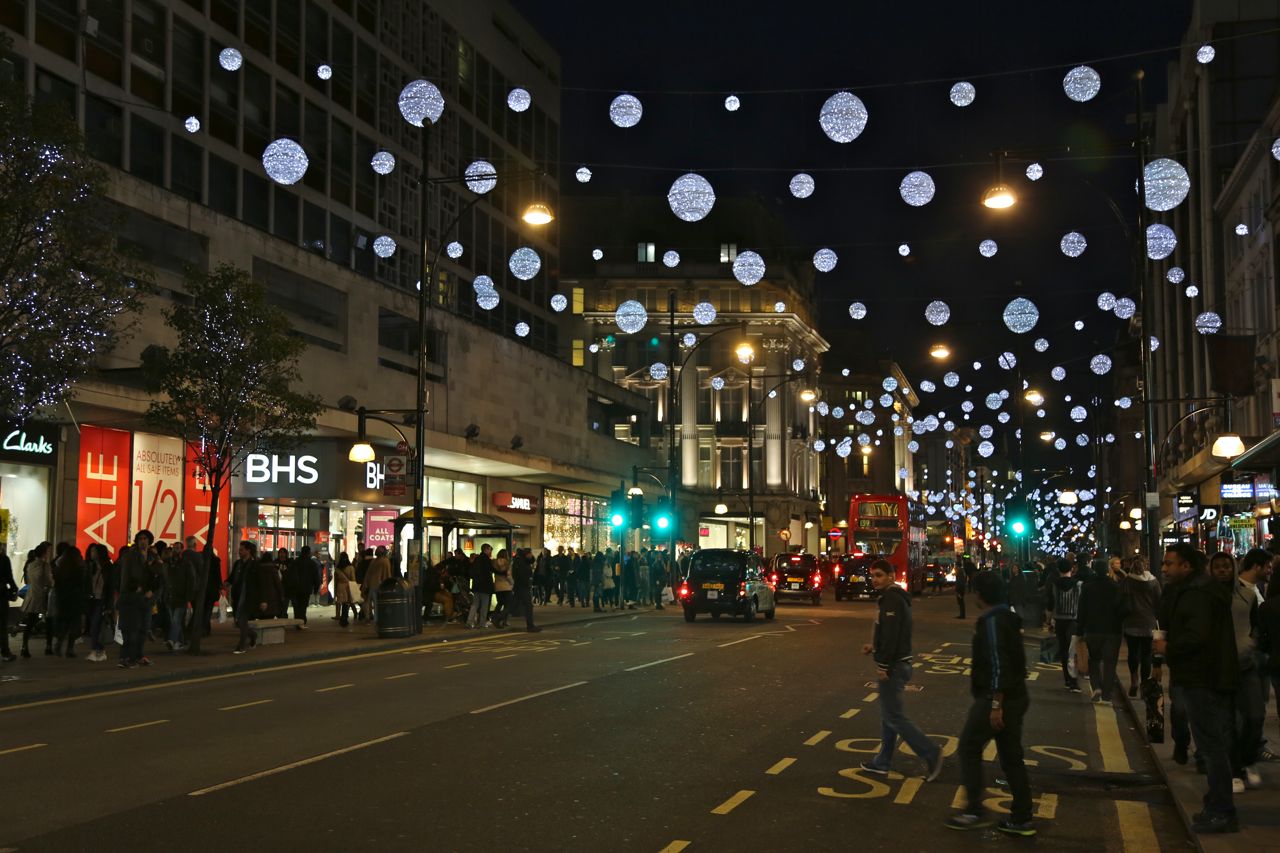 The lights are already strung above Oxford Street for Christmas. At least, I assume these are Christmas lights, and they're not up all year, but I could be wrong! I almost never go to Oxford Street because it's such a mob scene, but since I was in Mayfair on Sunday night I took a walk around just to see the seasonal glitter. 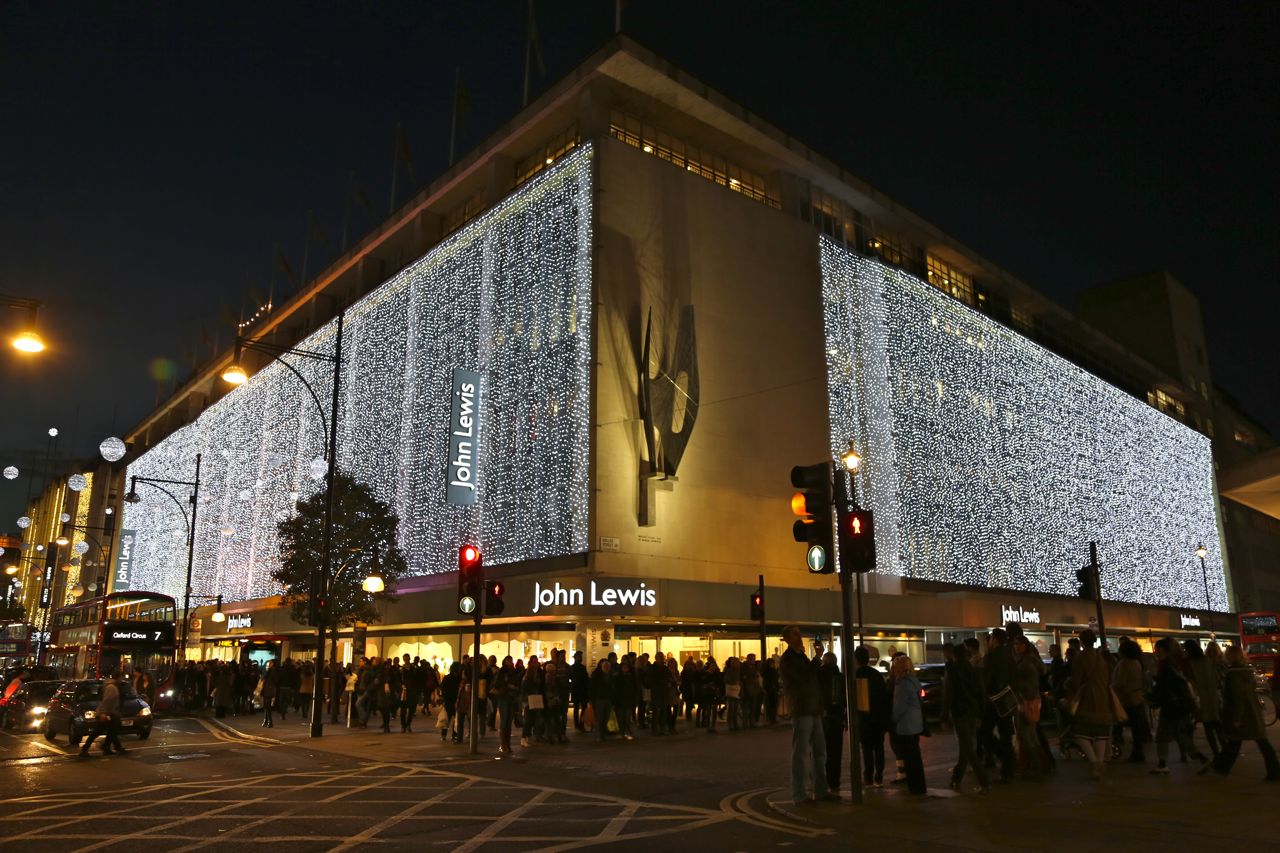 The big department stores are decked out in lights. Wonder what their power bill is like? 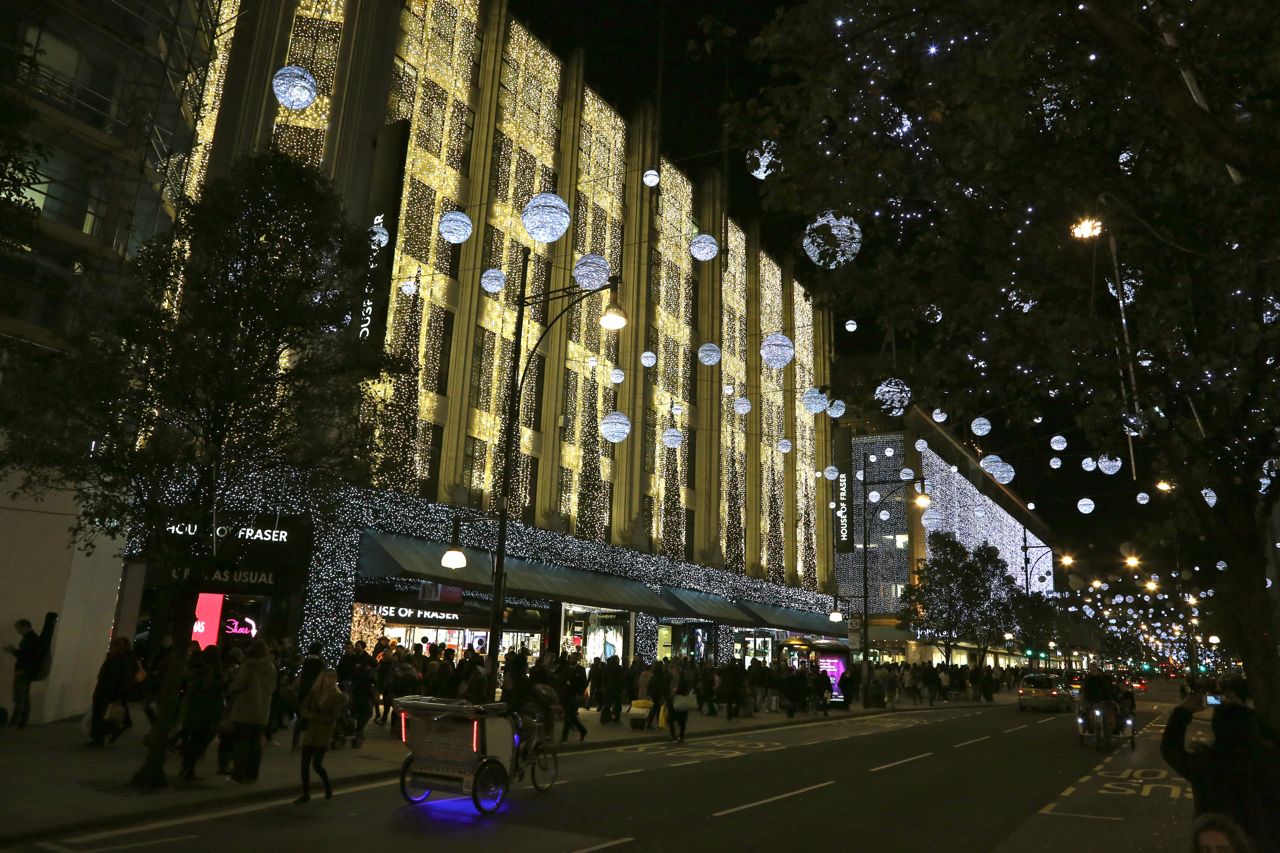 Dave and I haven't really figured out our Christmas plans yet. Because we're flying to Michigan we don't want to haul a lot of stuff, so I think we're going to concentrate on providing the Christmas dinner for Dave's extended family.

As for my family in Florida, I haven't the slightest idea. For the past several years I've sent them books of my photography, but I don't want to do that again. It starts to look a little egomaniacal after a while. I'm not even sure we're doing gifts. I don't have high material expectations as a rule, so I'm fine with skipping it, but I guess I need to clarify that situation! 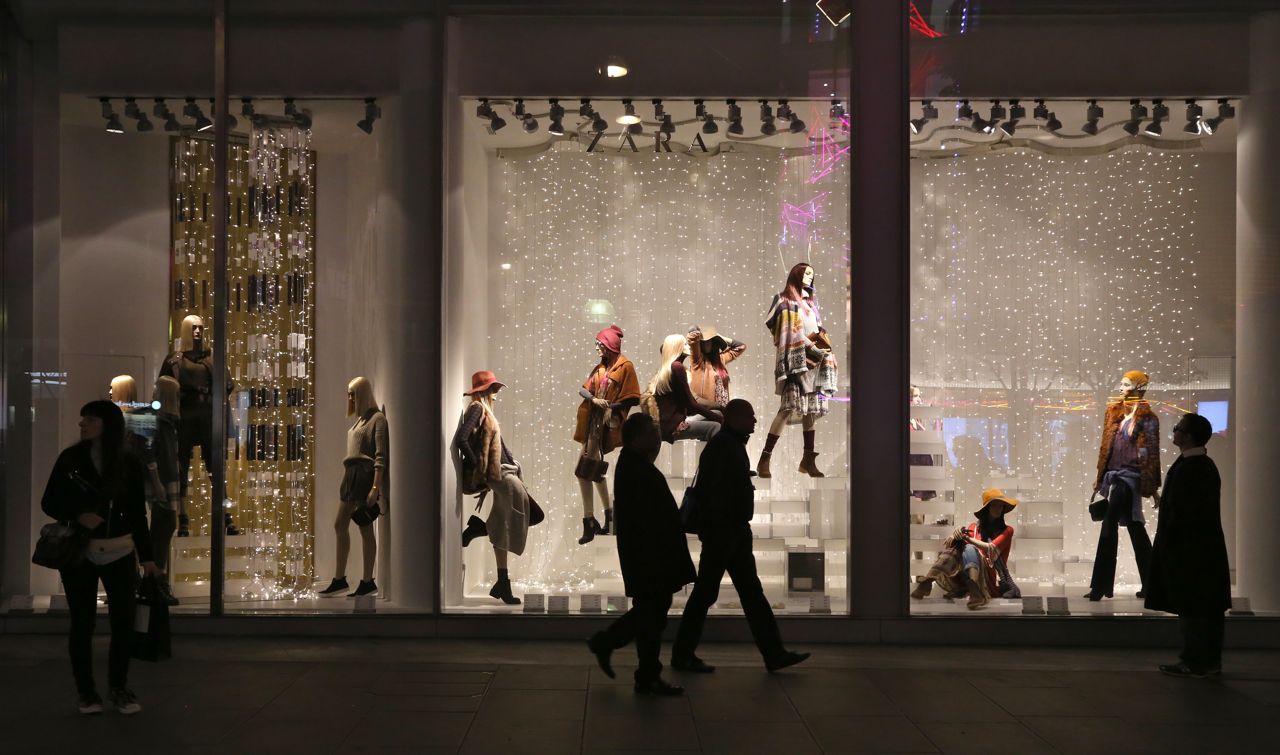 I am preparing a Christmas gift of some framed photos for the wife of a co-worker, at his request. That's taking a bit of planning. I'll be popping in and out of the photo shop over the next week or two getting that put together.

And of course I'll get Dave something.

As for me, I don't really need anything. A dehumidifier, maybe?
Posted by Steve Reed at 6:35 AM

I've already had a Christmas-shopping anxiety dream.
There was blood.

I do remember how impressive the lights were last year when I was there.

The lights are wonderful. As christmas goes, it will be pretty low key this year, an envelope of $$$ for the kids and a handshake for everyone else. You are flying from cold to colder! Going in the wrong direction- Florida sounds good at that time of year...

I never know what to do about Christmas gifts - I alternate between anxiety & eff it :) But somehow every year we make it through...