A Battlefield, a Bulfinch, and a Mid-Life Crisis 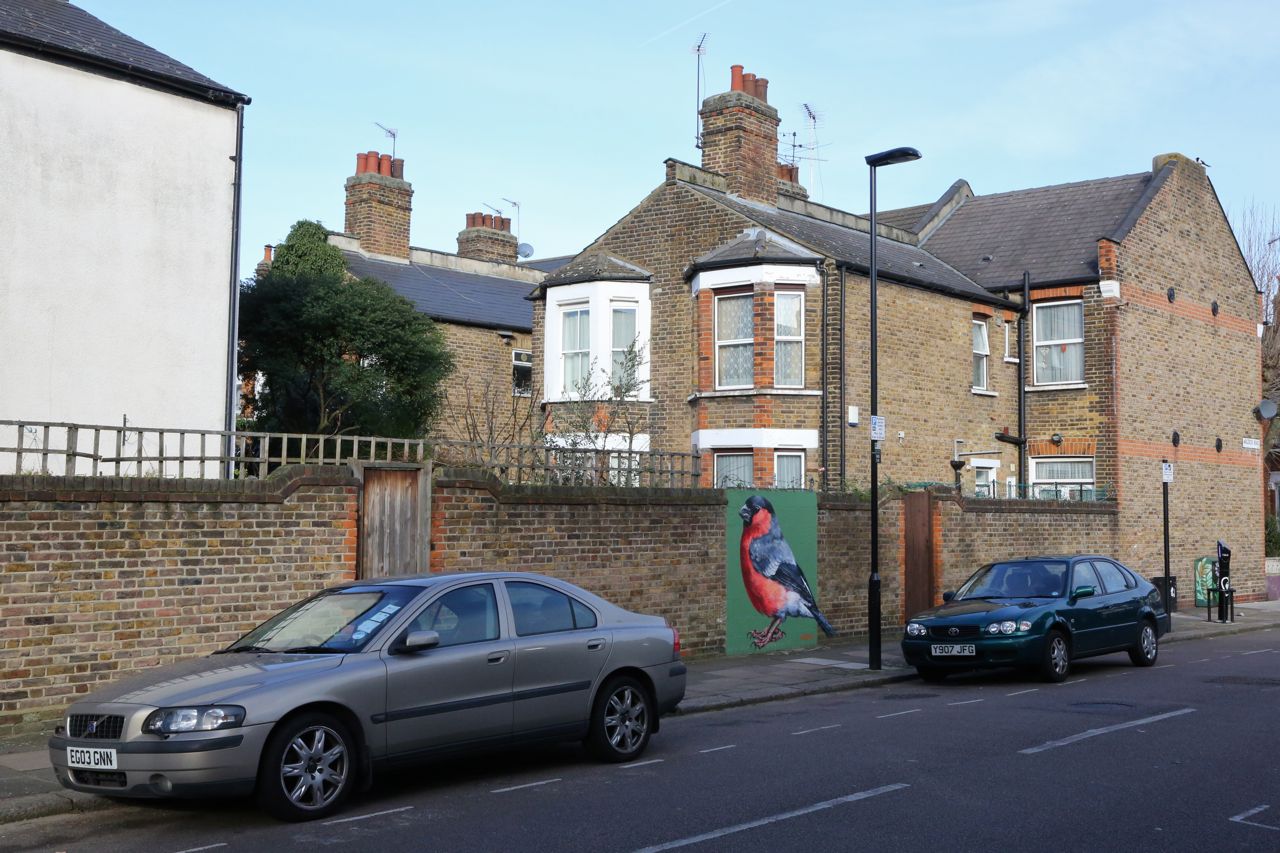 We got walloped with quite a bit of wind and rain last night. It sounds like things have calmed down out there now, but the temperatures are supposed to drop below freezing later this week. I suppose I'll have to bring in that sprawling trailing geranium on our patio. We had it inside for a while (it's visible in the background of this photo) but it began to turn yellow and didn't seem happy, so I put it back out -- but it will definitely not survive a freeze.

We'll all be happy when summer gets here. Last night Dave and I were watching a gardening show, which of course depicted summer gardens in all their lushness with bees and flowers and thick plantings, and it made me long for a change of seasons. Our yard looks like the Battle of the Somme right now -- bleak and muddy and leafless. I'm eager to see what all our new plants do when they grow in again.

I read an interesting article in The Atlantic this week about so-called "mid-life crisis." (I don't think I've had a mid-life crisis -- at least, not yet -- but I suppose there's still time!) According to the article, researchers have found that happiness in life follows a U-shaped curve. People are relatively happy in their younger years -- looking forward to the future, setting out their goals, building their adult lives -- and they're happy in their older years, after some of those unattainable goals have been set aside and they've found joy in littler things. But in the middle, many people experience a slump. Their lives seem to be going well but they thought there would be more.

This resonated with me because I'm right in the heart of that slumpy age. As I said, I don't think I've felt a "crisis" -- in fact my life is still unfolding in surprising ways, which I enjoy day to day. But I don't have any illusions of greatness. I'm not going to change the world. (I never really expected to, so that helps -- I had no false goals!)

Anyway, it's an interesting article.

Dave and I watched the "Downton Abbey" Christmas episode a few nights ago. Does anyone else think that show has jumped the shark? I've often heard it criticized as a simple soap opera in fancy dress, but I really felt it in this particular episode. It's become "Days of Our Lives." I expected Macdonald Carey to come on and intone those famous opening lines.

(Photo: An artist named ATM painted murals of British birds around town. This one, of a bulfinch, is in North London.)
Posted by Steve Reed at 7:04 AM