Wembley Stadium and a Martini 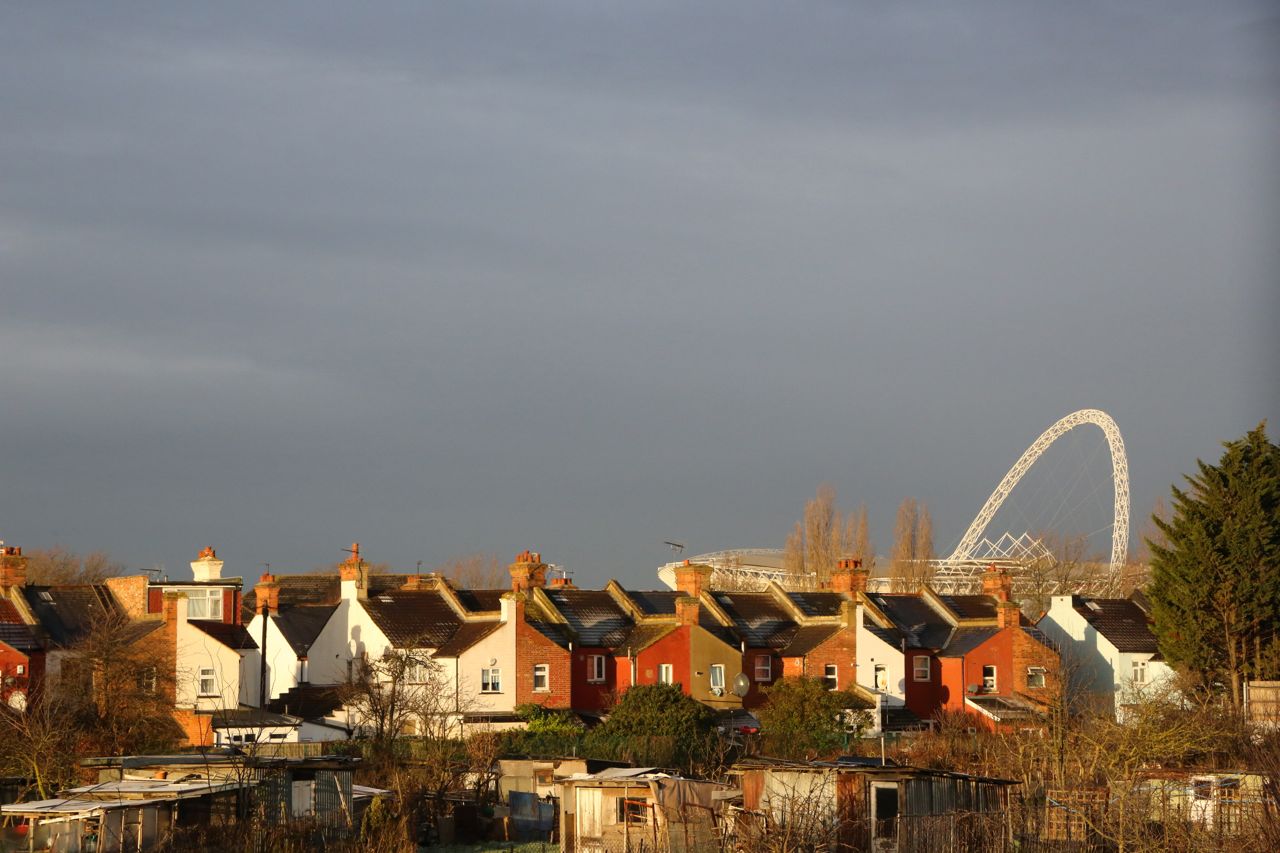 I was back out in NW10 yesterday for Bleeding London, and I took care of a good chunk of unfinished streets. I think I might be able to finish NW10 in one more day.

It was a peculiar outing. At various times I found myself on a street lined with the mobile homes of people who apparently collect scrap metal for a living; near a railroad yard where I thought sure I'd be arrested; and in a bleak gray housing project. The arc of Wembley Stadium hung in the background of many of my pictures like a big white rainbow.

Despite a brief burst of damp snow, it felt good to get out. Meanwhile, Dave stayed home with the dog, which made him happy. 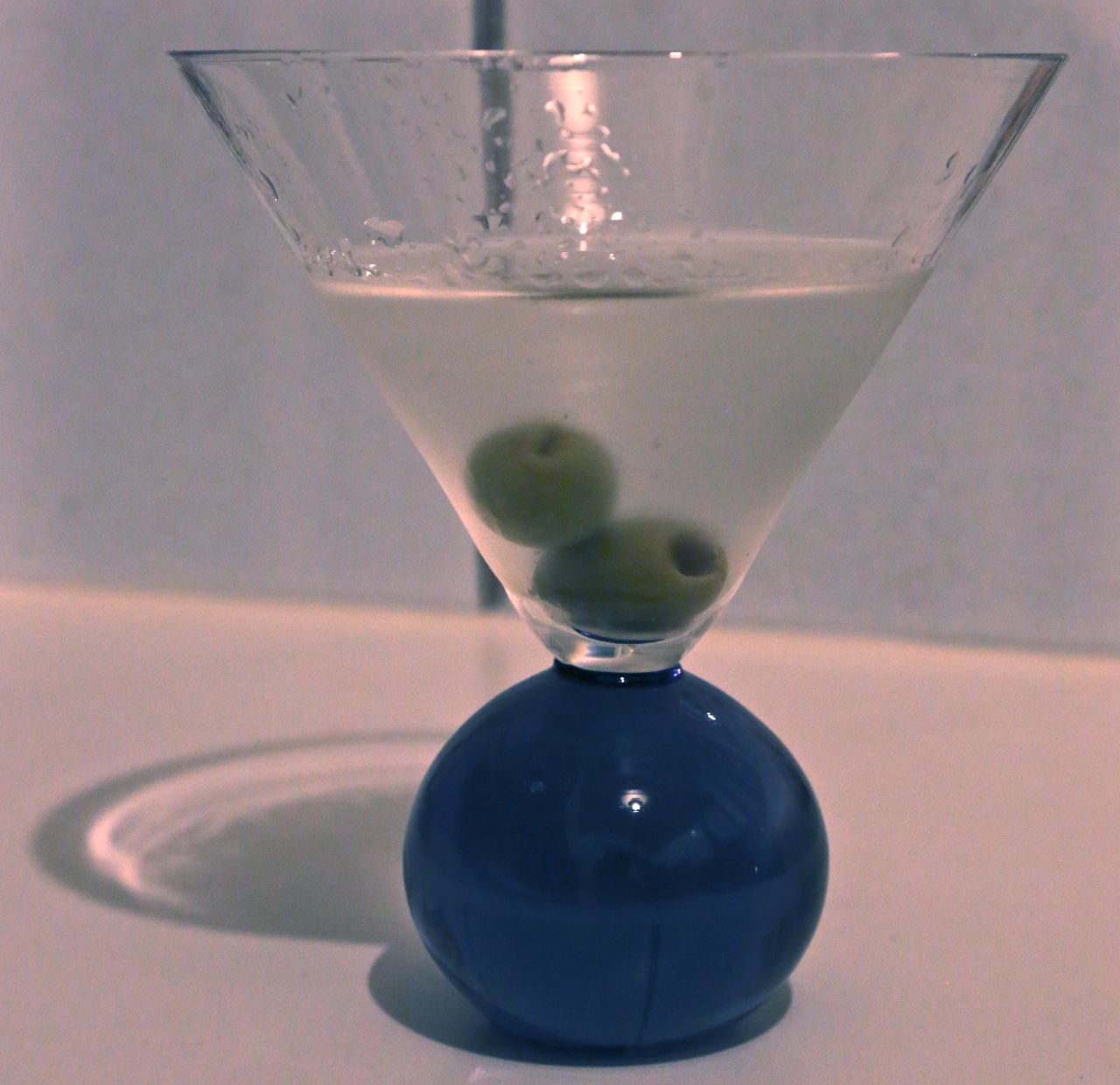 Last night I made use of our new martini glasses. You may remember we found these among Dave's possessions in his parents' basement, and mailed them back to London. (OK, they're not new, but they're new to me!) The picture isn't great, but you can get some idea of what they look like. The ball on the bottom is a sort of purplish blue. (Or blue-ish purple?)

I swear I've never before made a martini at home, though Dave says we did it once when we lived in New Jersey. It was a nice way to celebrate Saturday night!

I'm hoping to get out again today on a quick photo errand, as well as walk Olga in Hampstead Heath or at the cemetery. We were originally expected to get some snow today, but it looks like it's going to be intermittent rain instead.
Posted by Steve Reed at 6:37 AM