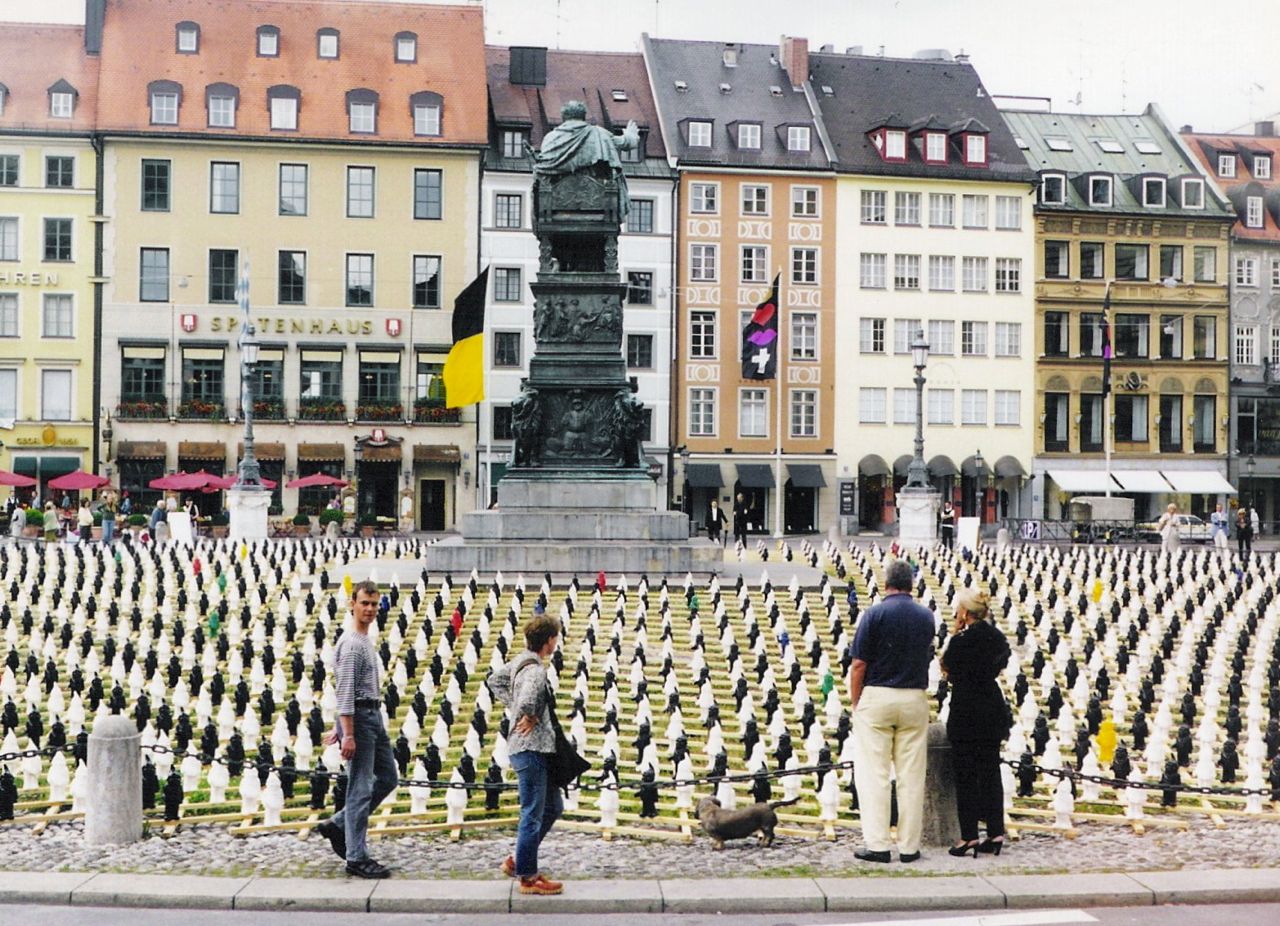 When Dave and I cleaned out the possessions he had stored in his parents' basement, we came across an album of photos taken during a school trip to Europe in 1998. They were mostly shots of the same tourist stuff we all photograph -- castles, city squares -- and many were of performances or groups of students. Ultimately he decided he didn't want them, so we threw them out. 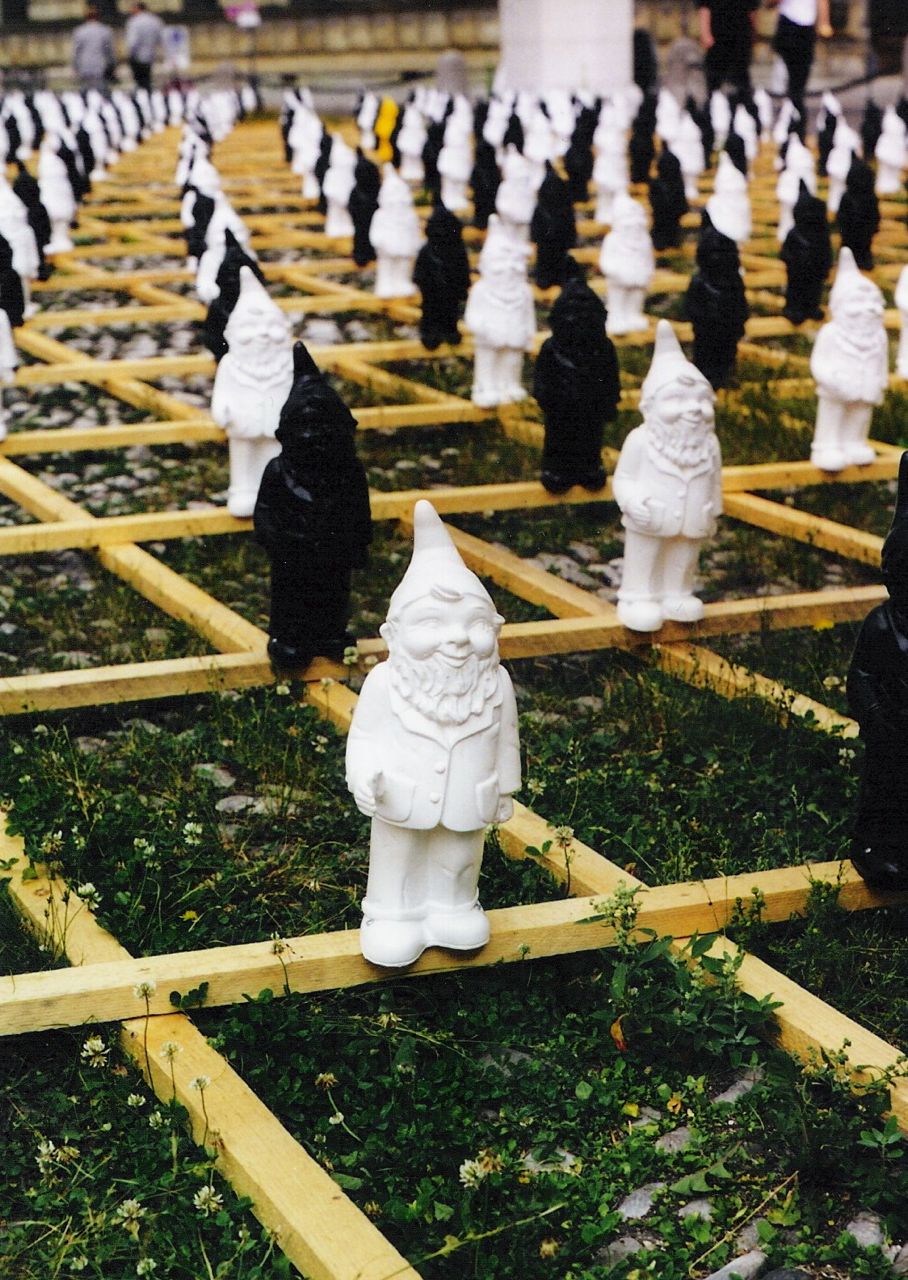 Among the photos, though, I found these two, of an unusual art display featuring black and white garden gnomes. The negatives were labeled Munich (among a few other cities), so I had a vague idea that was the locale. But we had no idea who was responsible for the gnomes, or why.

I did some research and found a record showing that artist Ottmar Hörl put together the display, which was titled "Welcome." It featured 4,000 gnomes with outstretched hands, and its installation was timed to coincide with the opening of the Munich Opera Festival in June 1998.

"The gnomes' handshake humorously reflects the pose of the bronze statue of Max I Josef, Bavaria's first king, which stands on the square in front of the opera," the article said.

Hörl also mentions the display on his own web site, in a document where he discusses a more recent controversial installation of Hitler-themed gnomes.

It's cool to be able to show these photos off via the Internet. I didn't find many pictures of the display online, though I'm sure there are some out there. Now we can add Dave's to the public record!
Posted by Steve Reed at 6:23 AM