Issues Both Serious and Not 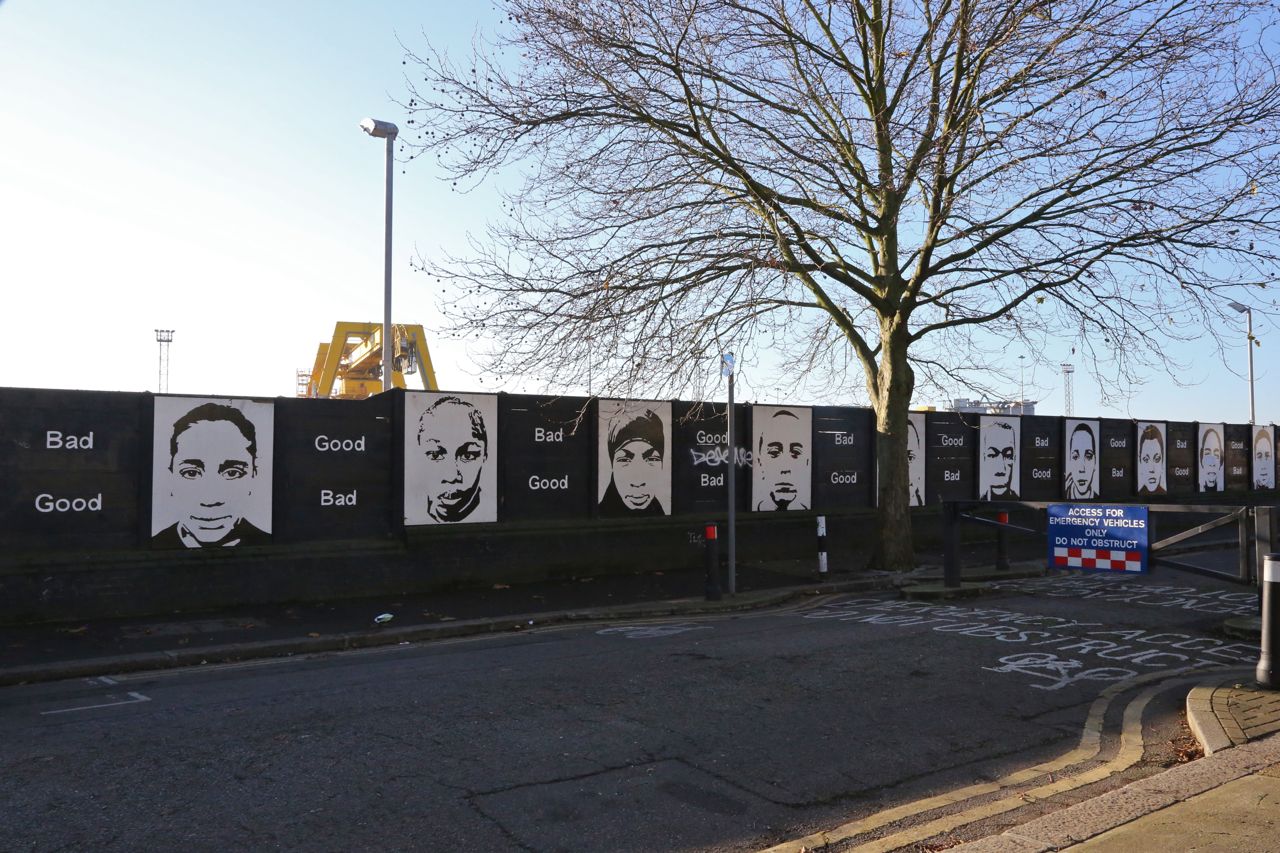 Remember our long-standing request for minor apartment maintenance? Dave and I asked our management company about six months ago to make some repairs, including fixing our broken stove light and vent hood and putting a latch on the garden gate. Our request lingered and lingered for ages, apparently lost in a sea of bureaucracy and red tape.

Dave was fit to be tied at how long it was taking, and a few days ago we even suggested going out to get our own handyman and deducting the cost from the rent. Fortunately we didn't have to go that route. Yesterday, we came home from work to find everything fixed. Hallelujah! Dave can now see what he's cooking. 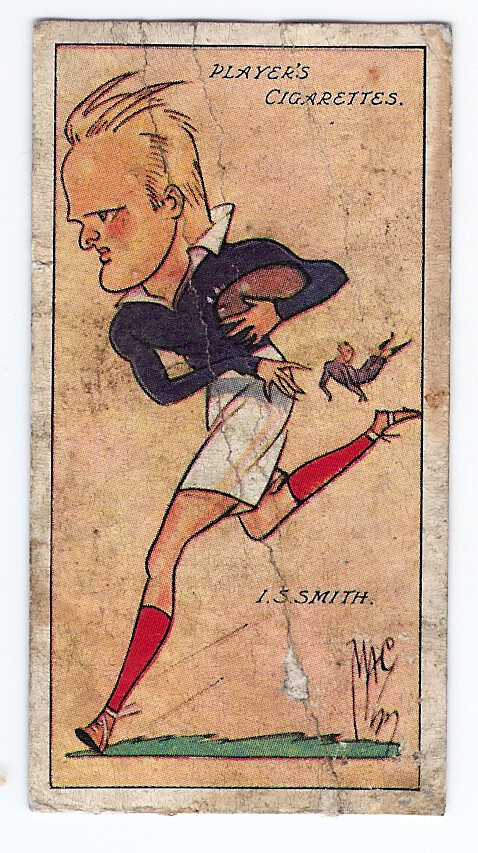 On my way to work Tuesday morning I spotted this little card (left) lying on the sidewalk. Somehow I recognized it right away as a Player's cigarette card. Cigarettes used to come with little collectible cards inside the packs -- just like bubble gum used to come with trading cards in the U.S. (And may still, for all I know.) This card shows a Scottish rugby player named I.S. Smith.

I picked it up, took it to work and cleaned it up as much as possible. When I did some research I discovered it's part of a set of sports caricatures by the artist "Mac" that were issued as cigarette cards in 1927! Here's one for sale on an auction site. What it was doing lying on a sidewalk in modern London, I have no idea.

It's a bit the worse for wear, which isn't surprising since it was sopping wet (a rainy morning) and had no doubt been stepped on and scrubbed around on the pavement before I picked it up.

And finally, on a serious note, how about the shooting in France? Scary and appalling. It really hit home for me, as a longtime newspaper reporter and editor.

There's a fundamental clash, it seems to me, between Islam and western culture on issues of expression. Islam teaches a reverence for higher authority that grows out of the idea of submission -- the literal meaning of Islam, submission to the will of God. Western culture, meanwhile, values individualism and vigorous, open debate in which no subject is too sacrosanct to question.

When I lived in a Muslim country 20 years ago -- Morocco, a relatively liberal society for that part of the world -- I found people generally much more bound by social expectations and cultural norms than I was as an American. I'm no expert, but I suspect that's why Democracy rarely seems to work well in Islamic societies, where the power of the individual is played down and social and gender roles are often clearly defined and rarely questioned. Free and challenging individual expression -- such as that featured in satirical cartoons -- is not understood, generally speaking, the same way it is in the West. Maybe that's stating the obvious.

This shooting -- this brutality -- is not only personally tragic for the people and families involved, but also for Muslims in general. It will no doubt lead to greater anti-Islamic sentiment in Europe and all over the globe. Those gunmen, like all terrorists, did Islam no favors.

(And by the way, where did they get their machine guns? Doesn't this also call into question, like all mass shootings, the availability and ubiquity of firearms?)

(Top photo: An interesting mural in Harlesden, northwest London.)
Posted by Steve Reed at 5:45 AM