Back in the Old 'Hood 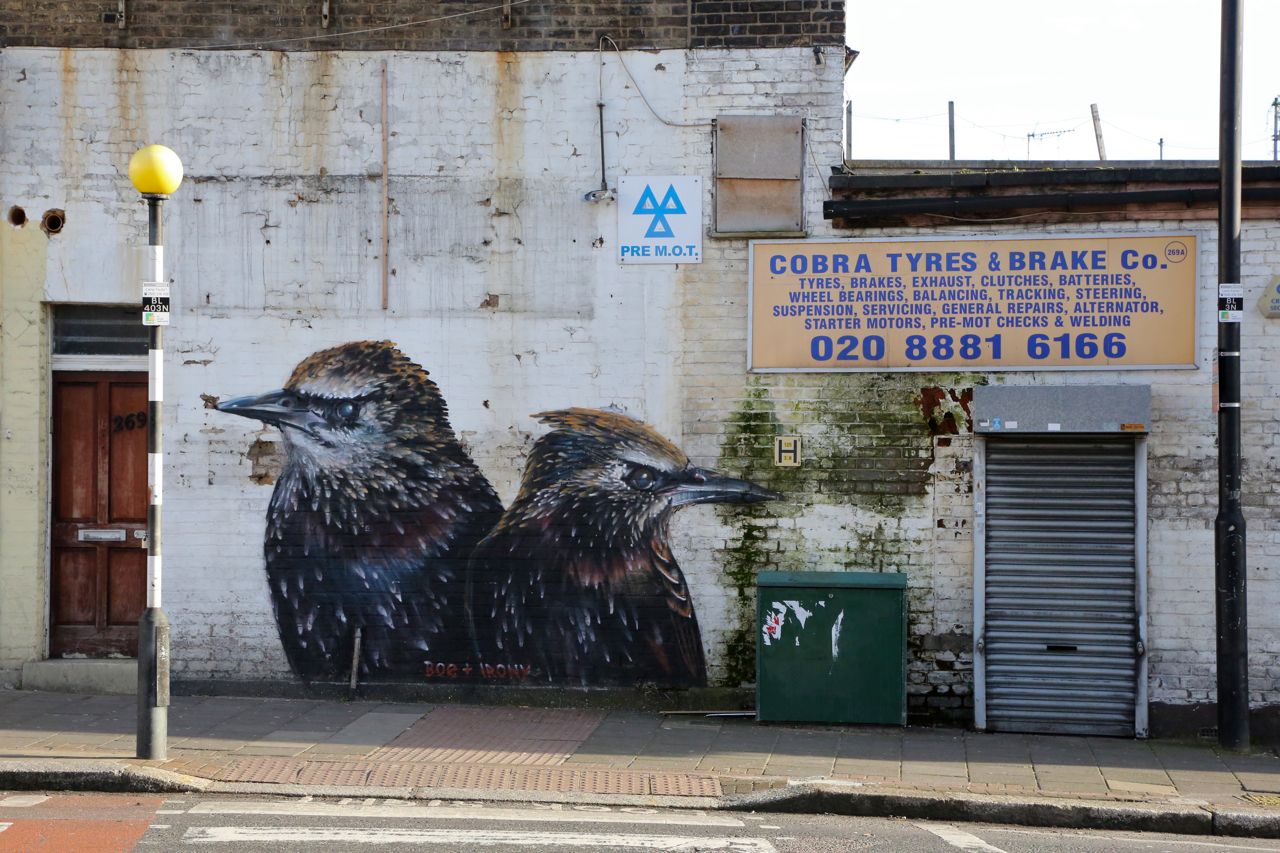 After my dinner party crankiness on Saturday, it was good to be able to get away and do some photography yesterday morning. I didn't get moving until fairly late and Dave and I had somewhere to be in the afternoon, so I didn't have a whole lot of time. Instead of doing more Bleeding London, which usually entails hours of walking and hundreds of pictures, I decided to keep it simple.

There were a couple of murals I wanted to see in North London, so I took a combination of tube and overground train and spent an hour or so alone with the camera and my iPod. It was good decompression time, and I took only a handful of pictures.

In the afternoon we went to see Chris and Linda, who live across the hall from our previous apartment in Notting Hill. It was strange to be back on the old turf. It seemed like we'd just left. Everything looks the same -- the nandina are still living, untended, on our former balcony. Chris and Linda tell us that real estate agents bring people around to the old flat every so often, but there's never been a buyer -- or even a renter. As I've said before, I don't know why the owners don't lower the price. The place is too expensive!

Anyway, we had a good time hanging out with the neighbors -- and it was wonderful having someone else do the cooking and cleanup. The dinner party gods paid us back.