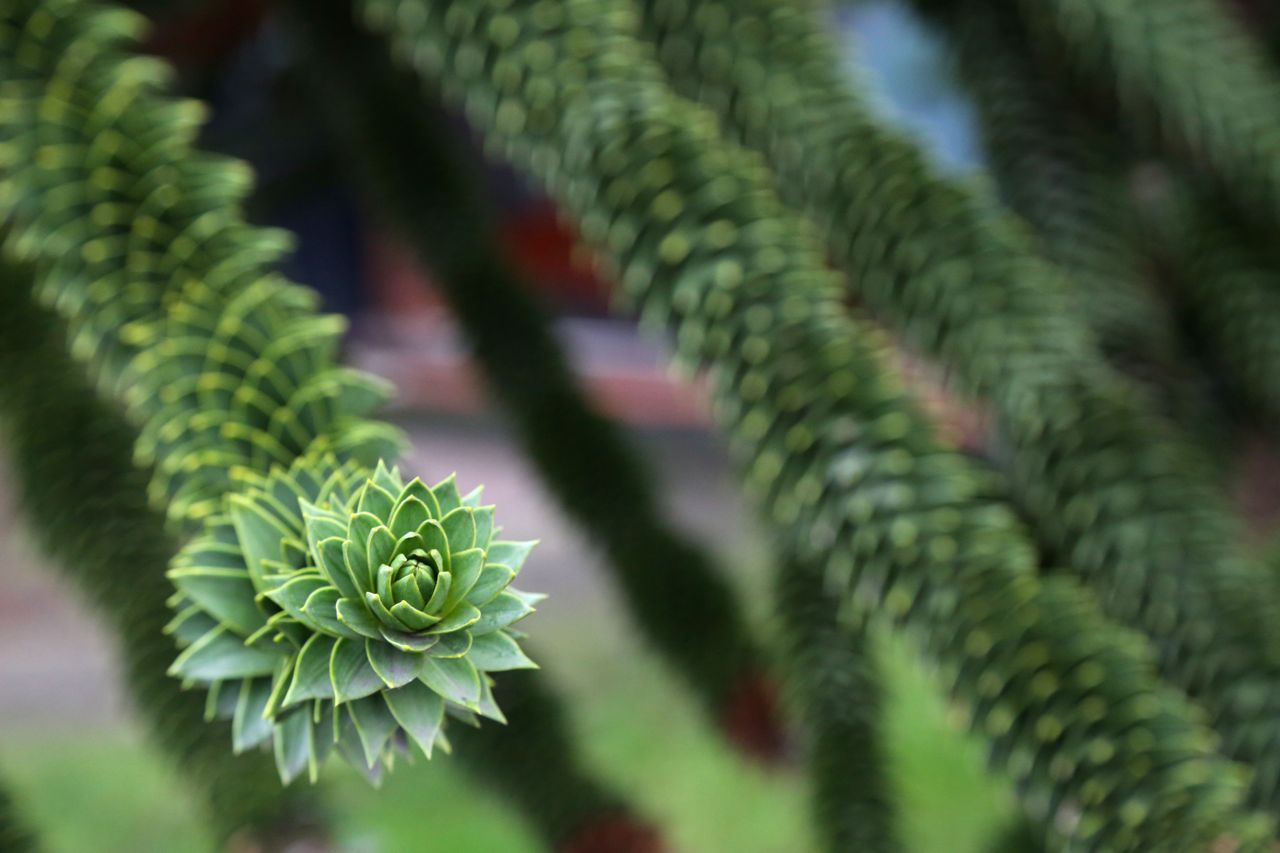 My blog pal Linda Sue recently posted a photo of a Monkey Puzzle tree, which made me think of this photo, which I took a few weeks ago for Bleeding London. So we have Monkey Puzzle trees in London, and apparently they grow in Washington state, and I know they grow in Florida. They're amazingly adaptable, aren't they? And also sharp as heck.

We'd heard we might get snow last night, but from the looks of things outside, none ever materialized. I was sitting in the library yesterday afternoon when I began hearing what sounded like sand or gravel being thrown at the skylight. A ripple of excitement ran through the room, and some kids said, "It's snowing!" A few ran outside to see. I don't think it was really snow, though -- more like sleet or frozen rain. Snow doesn't make that kind of noise!

I brought our amaryllis plants inside last night. They've been sitting in the cold, dark garden shed for the past six weeks or so -- since before we went to Michigan. In fact I felt very guilty when I picked up the pot because lots of little sowbugs and a slug were underneath, keeping relatively warm, I suppose, and I hated to deprive them of their winter resort! Hopefully they'll scurry away to another shelter. I watered the amaryllis and set them next to the glass doors in the living room. We'll see if they sprout and flower again this year.

More purging of the library rolls yesterday. I'm up to the letter M, so I've still got a long way to go!
Posted by Steve Reed at 6:12 AM