A Cat, and Sugar Man 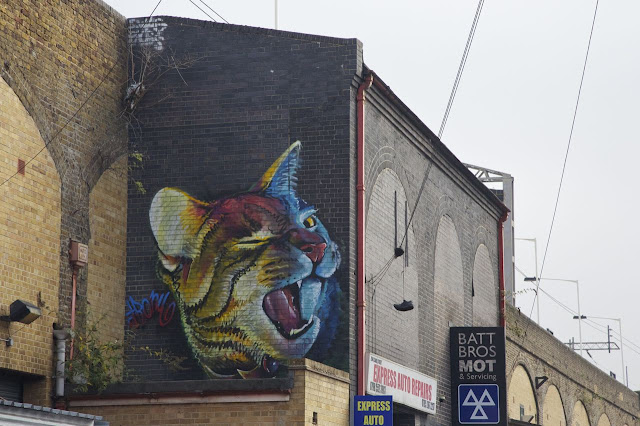 Well, I did get my French homework done yesterday. I had to write a short biography of a celebrity. I chose Joni Mitchell, naturally. This is the first time we've ever been required to write our own composition -- rather than simply doing exercises in a workbook -- and the first "paper" we've had to turn in. So we'll see how that goes. 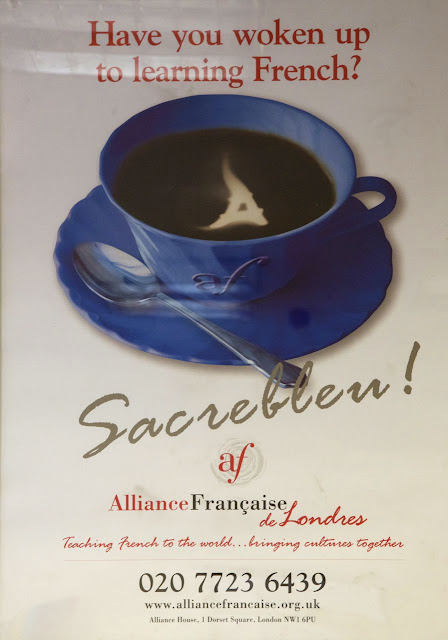 After yesterday's post, I was amused to see this huge poster hanging on a wall at the Alliance Francaise. I asked the receptionist about it when I took the photo, and she agreed that despite its use on the poster, French people don't really say Sacre bleu! anymore. "My grandfather might have said it," she said. I guess the French know that English speakers think they say it, and hence used it to catch our eye. Clever!

Anyway, this is all probably far more than you ever wanted to know about Sacre bleu! (And is it one word, or two? That's a whole 'nother kettle of fish -- or un autre boilloire des poissons, peut etre?)

After class I made a quick trip out to Bethnal Green to shoot some street art I saw when I passed through on my interminable bus trip last weekend. The winking cat above, by Irony, is one of the pieces. There was another one, a wonderful lizard head, but it was painted over sometime this past week. Gotta move fast on street art photography.

Last night Dave and I watched "Searching for Sugar Man," a fascinating documentary about the search for a mysterious musician named Rodriguez, who recorded a couple of albums in the early '70s before dropping out of sight. He was never a hit in the states, but his recordings became famous in South Africa, of all places -- on a superstar scale, like Bob Dylan or the Beatles. Rumors swirled there about his possible demise, until a couple of fans undertook an Internet search to find him. A great movie! I remember it being talked about when it came out a couple of years ago, but we missed it at the time. I downloaded Rodriguez's albums afterwards -- because naturally now you can get them on iTunes -- and they do seem promising.
Posted by Steve Reed at 7:18 AM

?So, what happened to the guy?

I remember hearing about Sugar Man on NPR when the documentary came out. I bet it was a good film.
That cat- I WISH she didn't remind me of Maurice.

I loved that movie! And I like your cat mural!

Street art is not loved by some people but I am in awe of the talent I have seen.

oh, I do like the cat. too bad you missed the lizard head.