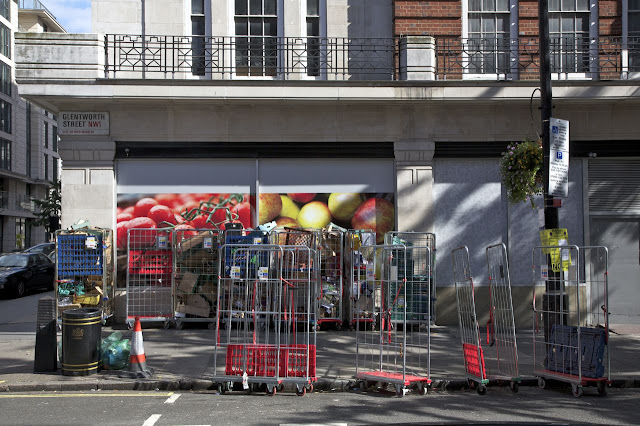 I've got French class this morning, and I haven't done my homework yet. Sacre bleu! So I'm going to keep this short...

Speaking of Sacre bleu!, I was once told that the French never really use that phrase. Having written it here, I just looked it up. Here is what I found, courtesy of the French news website The Local:

Sacrebleu is a stereotypical and very old fashioned French curse, which is rarely used by the French these days. An English equivalent would be "My Goodness!" or "Golly Gosh!" It was once considered very offensive.

It literally means "sacred blue," but it comes from "sacré Dieu" or "sacred God." "Bleu" was used by people to replace "Dieu" in order to avoid the blasphemy of explicitly using the name of God.

Even grand-parents don’t really say it anymore, but you will probably find it used in French novels from the 19th and early 20th century.

The reason the English presume all the French say sacrebleu! can perhaps be blamed on Agatha Christie’s fictional Belgian detective Hercule Poirot, who was very fond of the phrase.


Interesting, no? And by the way, click on that link above, because it also includes the funniest picture of a cow I have ever seen.

Anyway, I have to go do my homework. Merde!

(Photo: Marylebone, last weekend.)
Posted by Steve Reed at 6:53 AM

I want to learn how to curse in Cantonese like the crew on the Firefly.

Although my mother supposedly spoke French, I never once heard her say a word in it.
However, she did used to call me "Mer-de" which, as I discovered at some point, means "shit" in French.
I think she was just making an endearment (!) of the name which my little brother called me before he could say Mary, which was "Mermer."
Yes, I was a Mermer when I was a child and now it is my grandmother name.
Still, it is disturbing to think that my mother called me shit. I feel certain she did not mean THAT word. I doubt they taught it in college French class.

Love the cow - ha! I'm kind of a golly gosh curser, so maybe I should start saying Sacre bleu :)

Golly gosh, what is happening to that cow?! Poor thing :)

Hope your class was tres bien.

That cow has excellent teeth. It is a rather weird photo.

I remember one of the first things we had to learn in our English lessons was
"Come off it, Kevin. You're pulling my leg."
Never needed that either.