House with a Face 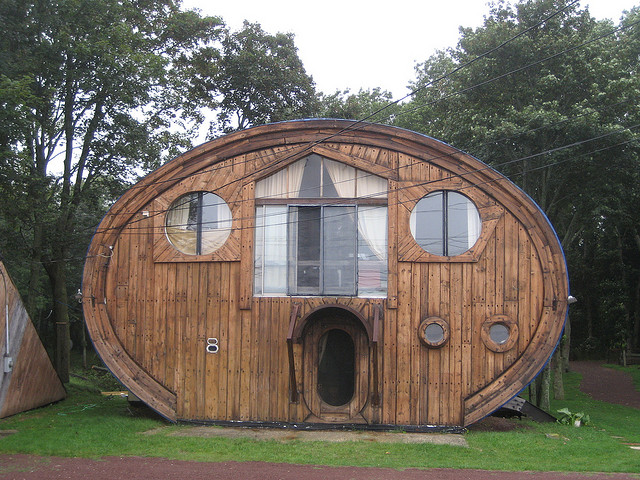 Here's another one of my most popular pictures -- which obviously has very little to do with the quality of the photo! It's basically just a snapshot I took on a road near Sag Harbor, N.Y., in September 2008.

It became popular after I submitted it to a Flickr group about photos of objects that unintentionally look like faces. Somehow that led to its inclusion in a Web gallery of houses with faces -- a Web gallery that was duplicated over and over again on sites all over the world, such as Buzzfeed. (I don't remember where the Web gallery originated, but I did give permission for it.)

Eventually, and with my OK, the picture even wound up in a book. I was excited when I found copies of the book in the gift shop at the Saatchi gallery a few years ago. (Now, I see that it's selling for a penny on Amazon. How the mighty have fallen!)

I never got paid anything for the picture, but I didn't really care. I literally just pointed my little point-and-shoot camera and took the shot.

The other day I did a second Google Image search to see if the picture had appeared anywhere else, and while I see lots of versions of that Web gallery of found house faces, I don't see any other unauthorized uses. So I guess I won't be able to sue anybody and collect my millions.

It had been so long since I took the picture that I couldn't even quite remember where that structure was. I did remember that it had something to do with sculpture.

Here's the answer! It's part of a sculpture center on Long Island. It's probably not even truly a house. Oh well -- artistic license! I remember driving past with my friend Stuart on the way to the beach to see the waves kicked up by a tropical storm in the Atlantic.

Seems like a million years ago!
Posted by Steve Reed at 5:42 AM