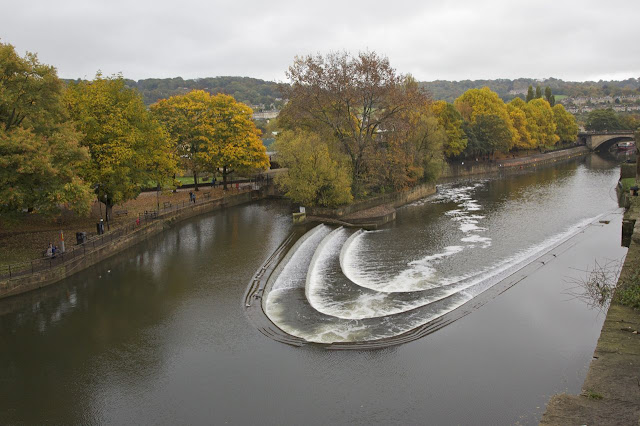 Yesterday I took the day off work and went to Bath, to finally put my photos before a panel of judges for the Royal Photographic Society. You may remember it's been my plan to seek the Licentiate distinction from the Society, and for several months now I've been preparing a set of images by printing, mounting, submitting them for pre-judging, editing, reprinting and remounting. Yesterday was the culmination of all of that.

The good news is, I got it. Well, apparently it has to be ratified by something called The Council, which sounds very Vulcan high leadership, but yes, I am almost certainly now Steve Reed LRPS.

In the photographic world it is a mark of distinction, and even though I've been telling myself it would be no big deal if I didn't get it, I was pleased and relieved when the five judges gave my pics their thumbs-up. It was a joy to watch them react to the images -- to smile and laugh and point at some of them, which conveyed to me that there was a level of connection.

Mostly I was happy I hadn't spent all that time and money only to come up empty.

After the judging I spent a couple of hours wandering around Bath, taking still more pictures. (Because you can never have enough.) 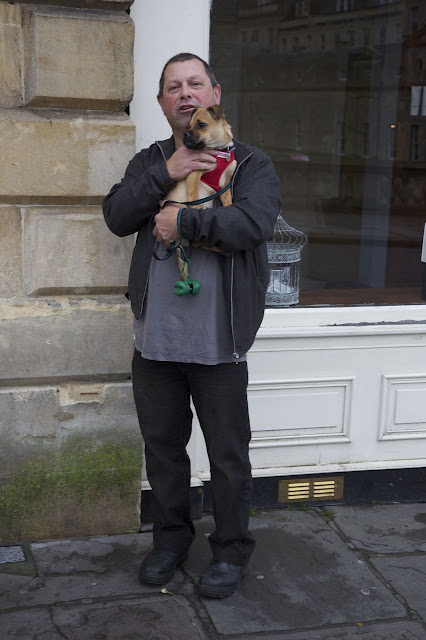 I met this man carrying his puppy, which he called a "Jug" -- a cross between a Jack Russell terrier and a pug. That's a mix I'd never heard of before. It's interesting to see how thoroughly that pushed-in pug nose vanishes! (I wonder if that happens with every puppy, though?) 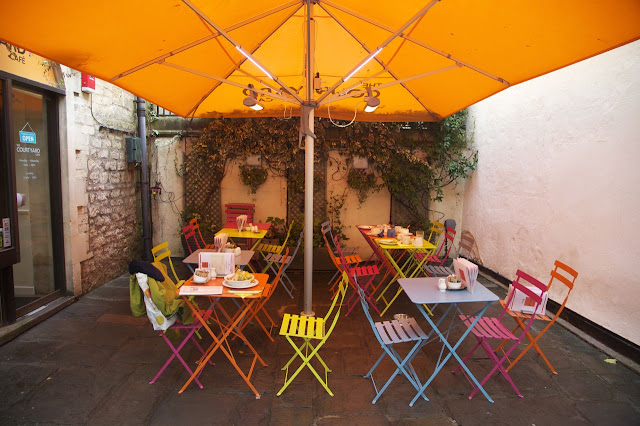 I had lunch at this extremely orange cafe. I even had orange food -- chicken korma curry. That's my table with the green jacket to the left. My LRPS photos are in the oh-so-stylish plastic Tesco bag beneath it. (Everyone else had a swank black portfolio. But you know, I'm a bag kind of guy.) 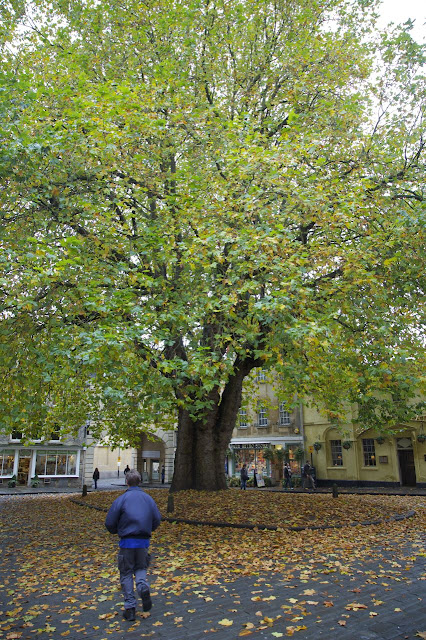 It was very autumnal in Bath -- lots of leaves littering the quaint city squares. The weather was miserable, downright rainy in the morning, but at least by the time I was walking around the rain had stopped. 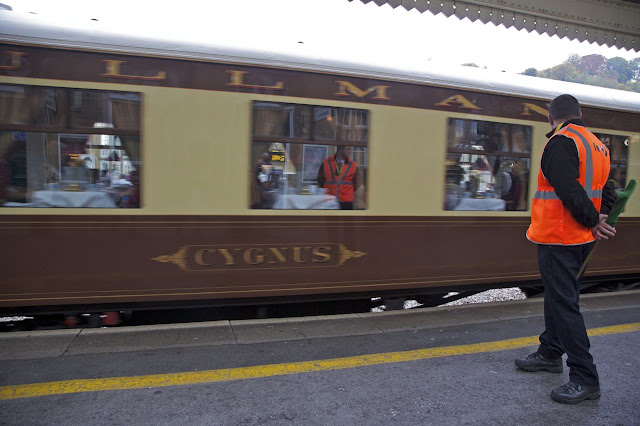 I caught the train back to London at 4:13 p.m. Before my train, this one rolled through the station -- a vintage Pullman with white linen tablecloths, china and wine at every place setting. It looked amazing! I believe it must have been this train, which looks like a memorable outing. (Not for penny-pinchers, though, which probably counts me out!)

Anyway, it was a fun day. Back to work this morning!
Posted by Steve Reed at 7:08 AM

Congratulations! You deserve it. And you got to go to Bath as well, such a beautiful place.

That's so marvelous, Steve! Wow!
Steve Reed, LRPS.
You have worked very hard for this and I think I speak for all of us here at Shadows and Light when I say that we are very, very proud of you.

Congratulations to you Steve. We never doubted the outcome for a nanosecond.

Congratulations on the LRPS, very well deserved and impressive at the same time. I love the photos of Bath. The weather and trees look exactly the same as when I visited there back in November of 2000. And, I LOVE that train. Thanks for the link. I really can't afford such extravagance but I do love dreaming about it.

Woo hoo! So proud of you - and well deserved I must say. I love that top picture - I want to go just sit & look at the spot in the river for a couple of (non-miserable weather) hours.

Congratulations on your accomplishment, Steve - excellent! I ALWAYS enjoy your photography, and while I'm not an expert, those judges are:)

congratulations! but I knew it was a shoo-in. you have such a great eye.

Congratulations! I knew you would get this. You really are gifted with an eye and understanding...btw, I RSVP'd, so will hopefully see you in December.

I have not commented before but I do read. Your photos ARE marvelous and this is such an honor! Congratulations!

Congratulations. And all of the above.

Making photographic images can become an addiction. I guess that you are like me Steve - always looking out for the next image to capture and when cameraless I always spot pictures that I could have taken. Well done on this fine achievement sir.