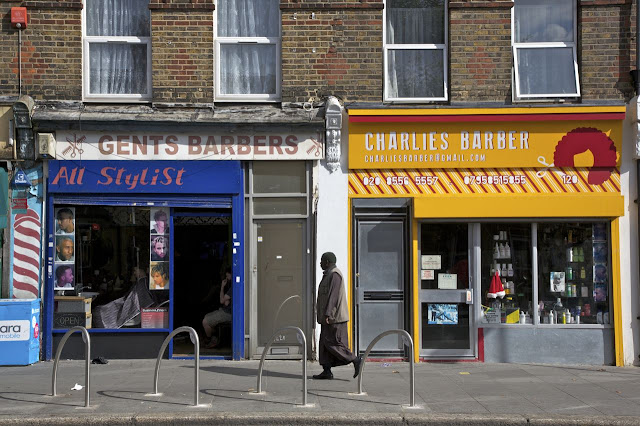 Well, I wish I could tell you I have a lot of news, but I don't. It's been a very quiet week. Dave got back from Paris last night but we still won't have any students today, and we're all off the first part of next week for October break. School won't fully resume until next Thursday.

Unlike many of our coworkers, we're not traveling anywhere, though. We have Olga to think about, and Dave, having just returned home, isn't eager to set out again right away. I have several projects that I want to work on -- transcribing my journals, finishing more Bleeding London, ordering the food for our wedding party in December, finding a place to stay in Lisbon in November. (We're going to Lisbon for Thanksgiving -- did I tell you that?)

I've been cranking away on my shelf-reading in the library and I've finished probably 2/3 of the nonfiction section. I did find a lot of stray books that had migrated to the wrong shelves, which is oddly satisfying. We'd never have found them if someone wanted them.

I had a minor altercation with a woman in Tesco last night. I was standing in line waiting to buy a box of cereal, when she stepped in front of me to the self-checkout machines. "Excuse me," I said politely, "but there's a queue." She looked at me but didn't move, and when a machine opened she hopped on it. I was furious. I walked up to her and said, "What did I just tell you?" (Probably not the best approach, but it was my Teacher Voice coming out.) She looked at me and said, "I don't care what you just told me," and continued checking out her groceries.

So, you know, I couldn't really respond to that. All I could do was call her rude, which I did, and wait for the next machine. Naturally no one from Tesco did anything, and surprisingly no one else in the queue said anything either. I don't know why it infuriated me so much. I think it was her insouciance, her complete indifference to the rest of us. (I don't know where she was from, but she had an accent -- she was not English. The English are typically very careful about queueing.)

It still makes me mad, writing about it.

(Photo: Competition in Leyton.)
Posted by Steve Reed at 6:12 AM