A Look at Lisbon 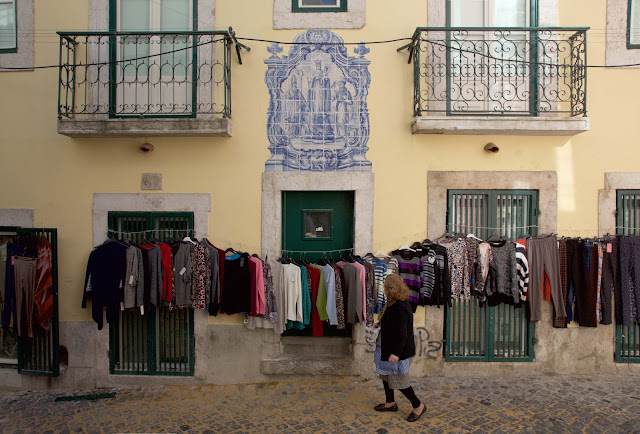 Here we are in Lisbon, where the sun is so bright and the shadows so deep that photography beckons at every turn. I took 230 pictures yesterday, and although most of them will be deleted, I am once again thankful to no longer be constrained by the limitations of film! 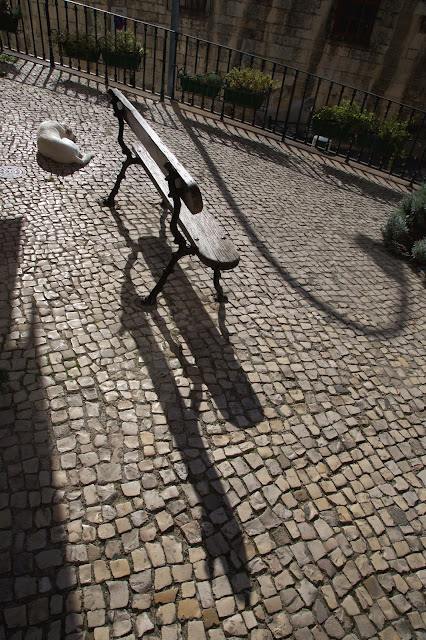 We got here bright and early. Our flight left England at 7 a.m., so we were at the airport before 5:30, and on the ground in Lisbon by mid-morning. Needless to say we were a bit bleary-eyed for the rest of the day, but we survived. 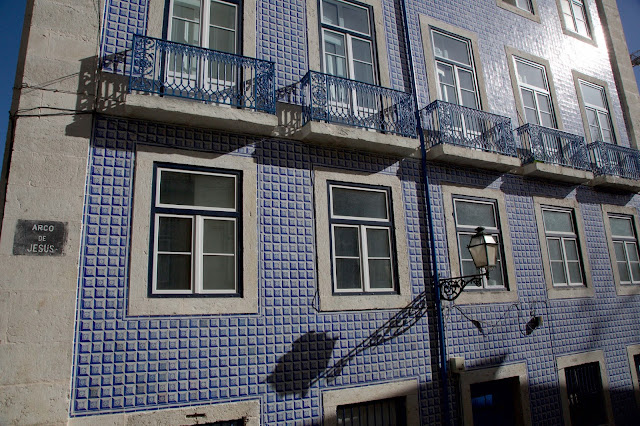 I had no idea what to expect of Portugal. So here's some of what we found. For one thing, many of the buildings are completely covered in tile, like the one above. They're colorful and super-shiny. Also, many sidewalks are composed of black-and-white cobblestones organized in patterns (now I know what inspired those famous sidewalks of Rio de Janeiro).

We're staying in an old neighborhood with narrow streets called Alfama. Our hotel is super-modern and super-minimalist. The room is white on white, with a blond wood floor, and the shower controls are so simple I couldn't figure out how to turn them on. I was about to go to the front desk and ask when Dave came to the rescue. 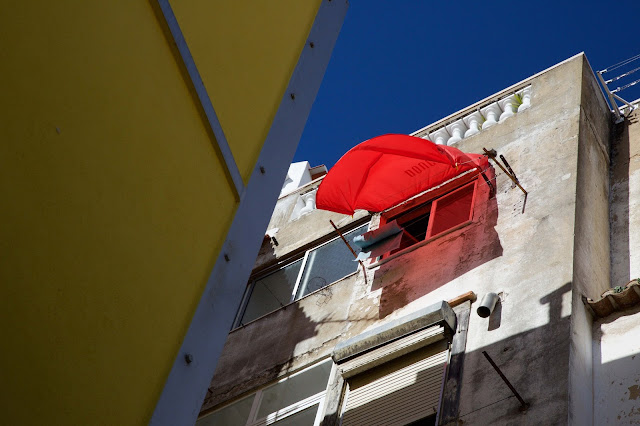 I learned the Portuguese word constipaçião from an advertisement in the airport. I hope I never have to use it. Other Portuguese words: bom dia, for good day, and obrigado, for thank you. 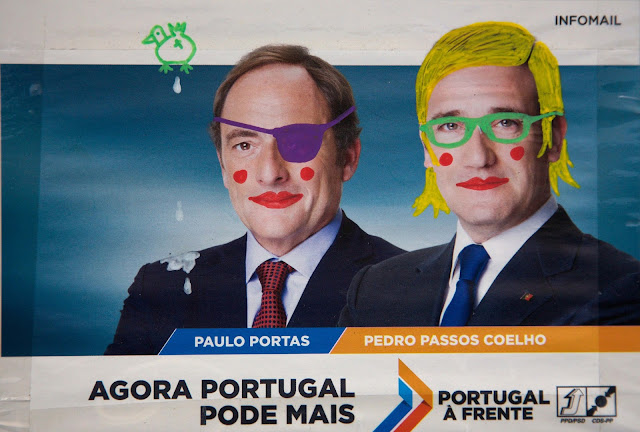 Judging from the street art, the Portuguese like to have some fun with their politics!

Yesterday at lunch, Dave and I stopped at a cafe in a secluded square and ate outside. I had roasted sardines, which were fabulous, and Dave had pork. We each ordered a small jug of wine -- the smallest amount possible -- which turned out to contain about half a quart. The sun was so intense that we had to change tables in the middle of the meal -- quite a change from England!

Then, last night, we went to an excellent restaurant with some live fado music, which is apparently a thing here. I'm not yet clear on what distinguishes fado from other types of singing, other than its Portuguese origins -- maybe I should read up on that. I had octopus for dinner, and Dave, once again, had pork. 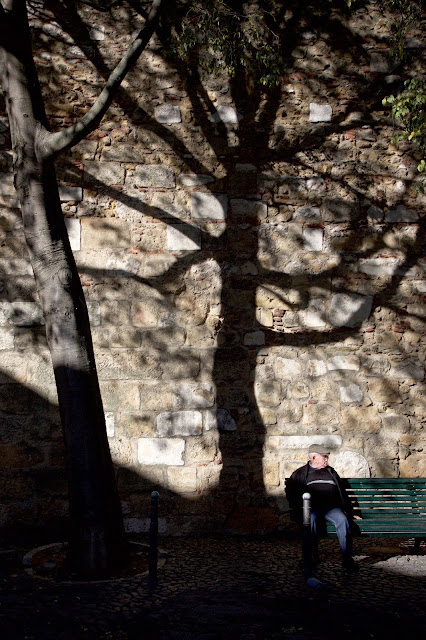 Unbelievably, the passive-aggressive dog boarder e-mailed us yesterday and insisted that we buy her harness. So I threw in the towel and said fine, but politely and firmly added that we weren't coming back after Christmas, when Olga is scheduled to board again. (We've already paid a huge deposit so there's no canceling that.) I realize it's ridiculous to carry on this debate for days when it comes down to £25 and I just want to enjoy my vacation. I'm putting it behind me.
Posted by Steve Reed at 8:13 AM