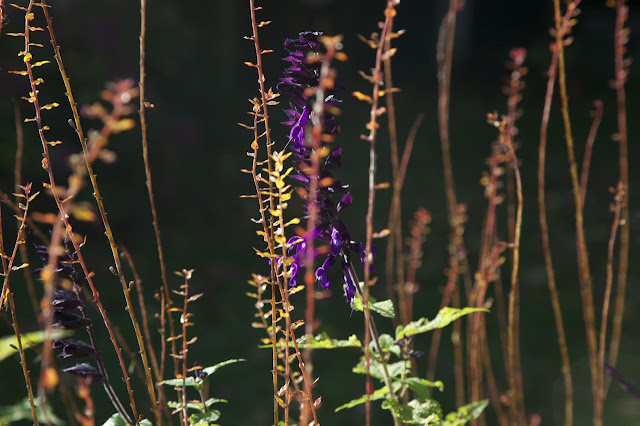 The fog, which for me is just a mild atmospheric curiosity, has apparently made transportation a nightmare around England. Heathrow cancelled lots of flights and other airports here and in northern Europe are reporting disruption. I'm not sure I understand this -- I mean, airplanes depart and land in low-visibility storms all the time. Why can't they take off and land in fog? Isn't that what instruments are for?

So, yes, yesterday was my birthday. The big four-nine. I wasn't deliberately avoiding the topic -- I just wasn't thinking about it when I wrote yesterday's post! My coworkers celebrated with me -- one of them made me a peanut butter cake and they got me a card. They also surreptitiously affixed a sign to the front of my desk saying "Don't forget to wish Mr. Reed a happy birthday!" So it didn't escape the notice of the kids, and they, of course, made a big deal about it.

Dave and I, on the other hand, barely lifted a finger. We literally ate peanut butter toast for dinner last night. I think we were both exhausted after the dinner party on Sunday. (Which had nothing to do with my birthday -- it was more work-related than anything.) I told Dave I'd like to go out for a martini later this week, so we'll see.

So far, the infrared garden-cam hasn't captured anything of note. We did get a very blurry picture of what could only be a fox, but it's so blurry it's not even worth posting. We got a couple pictures of Olga. I have a feeling getting good pictures will be a long-term project!

(Photo: Purple sage among yellowed, faded loosestrife in the garden.)
Posted by Steve Reed at 6:39 AM