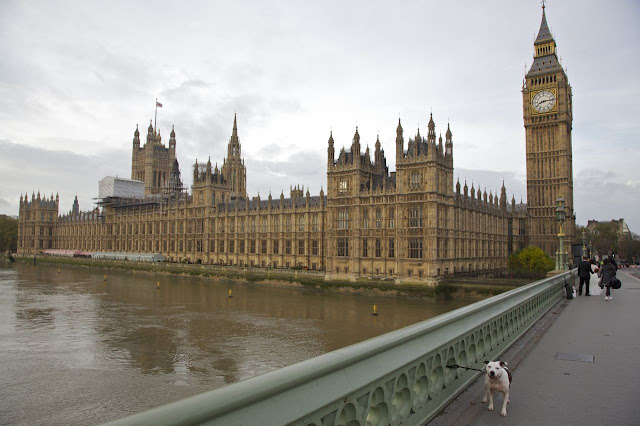 For some time now I've had it in the back of my mind to take Olga down to Westminster for a photographic celebration of her London roots.

So yesterday morning -- with the day promising to be, if not clear, at least not rainy -- we climbed onto the tube and rode down to the Thames. We left home pretty early, about 7:30 a.m., because I thought that would help us beat the crowds that always swarm those parts of the city during the day. The early hour meant that Dave wasn't up for accompanying us. 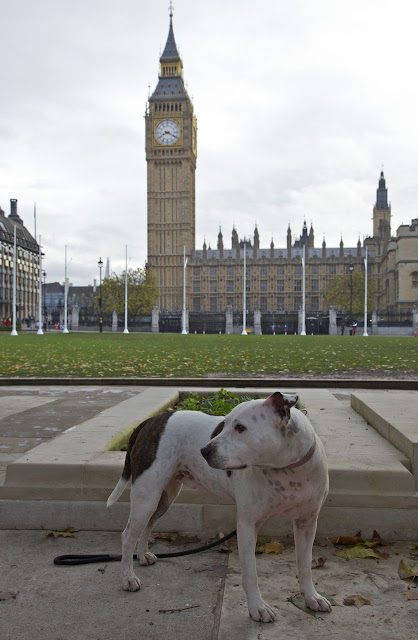 Our first stop -- Parliament! Olga wasn't crazy about being tied to Westminster Bridge, but since I was by myself that was the only way I could be sure she wouldn't wander into traffic while I was taking photos. In Parliament Square, on the other hand, we weren't so close to a roadway that I needed to worry.

I didn't realize when we set out that the national Remembrance Day ceremonies would be held later that day in the same area. We found many streets blocked off and lots of people in suits and uniforms, wearing the ubiquitous red lapel poppy, were gathering to prepare. So Olga and I didn't linger. 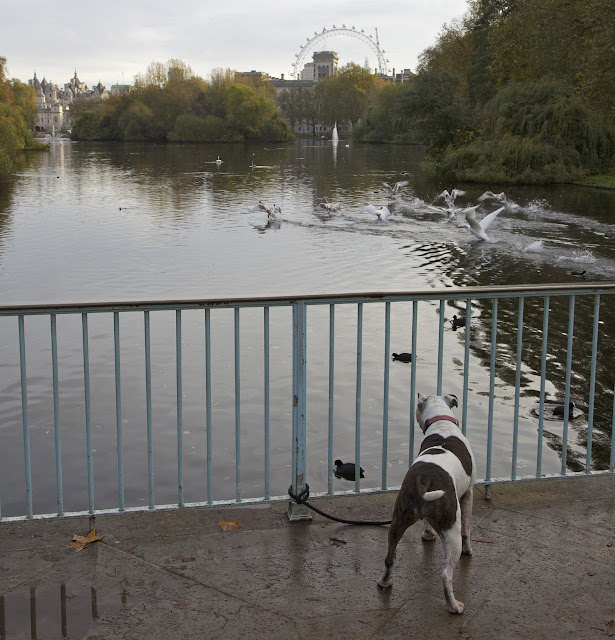 We walked to St. James's Park, where there were lots of fat squirrels and dramatic waterfowl. (Hence the dog was once again tied to the bridge for photo purposes.) 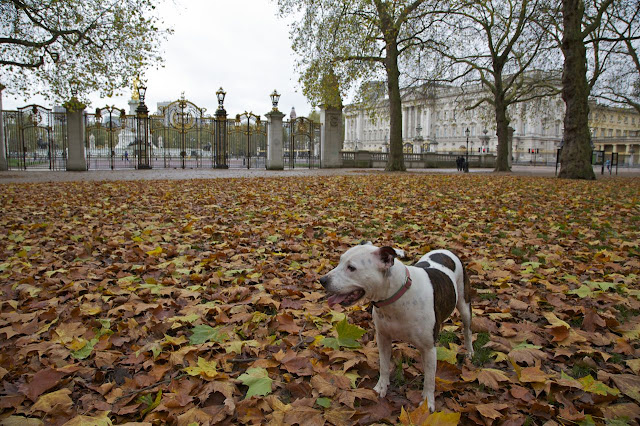 Then we walked up The Mall to Buckingham Palace. Olga couldn't even be troubled to look at the royal residence. She posed patiently for my photos while looking for squirrels in Green Park. 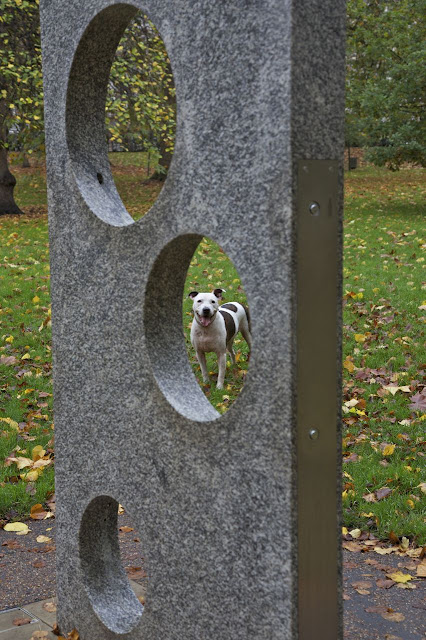 We had a long walk around Green Park, where we checked out some unusual sculptures, and Olga got to chase her kong and work off some energy with the Victoria Memorial in the background. 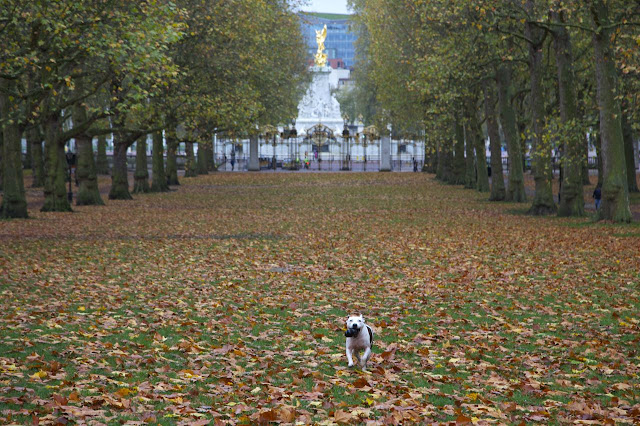 I considered going into Hyde Park too, but I decided it would be best to get our London Dog back home before Westminster got too busy with Remembrance Day. So we boarded the tube and headed back to West Hampstead!
Posted by Steve Reed at 6:25 AM