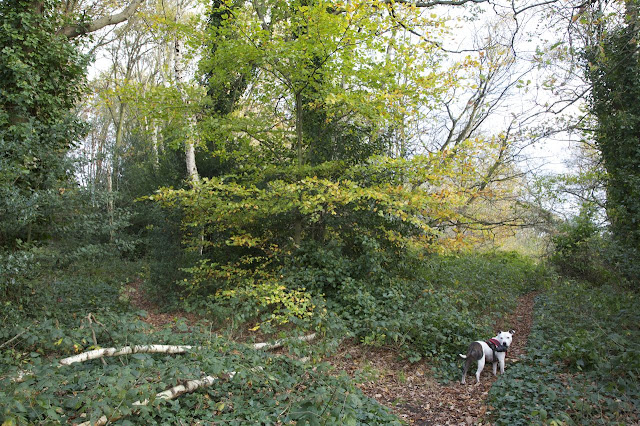 So here's Sunday, in a nutshell -- Olga and I at Hampstead Heath. We were out and about quite a bit yesterday. She was inside all day on Saturday so I felt like I had to make it up to her. 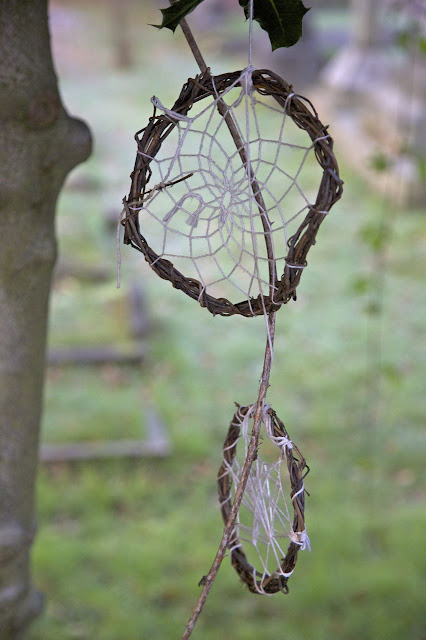 A more detailed account of the day begins before we even went to the Heath, when Olga and I took a long walk through the neighborhood early yesterday morning. The gates to the cemetery were closed and we couldn't go in, but while walking the public path through it, we found these little handmade webs hanging from a tree. I have no idea what purpose they could serve. 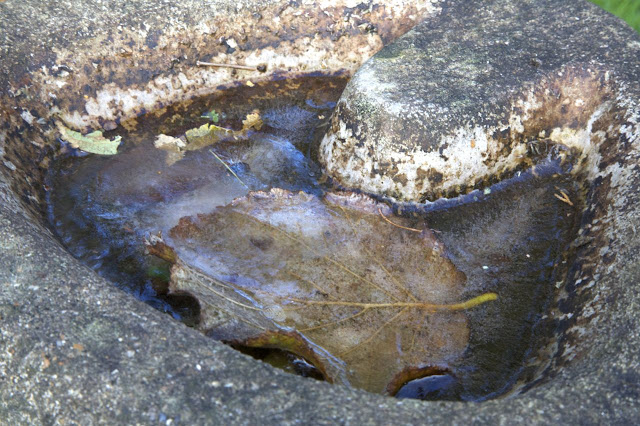 Have I mentioned that it was freezing cold? This was our birdbath yesterday morning -- a solid block of ice! (With leaf garnish.)

Olga and went out again for our Heath walk a few hours later, at 11:30 a.m., and were gone until mid-afternoon. Then we came home and in between doing laundry and eating dinner, Dave and I watched a hilariously bad sci-fi movie called "The Langoliers," from the '90s. Apparently it was based on a Stephen King novella. We basically created our own Mystery Science Theater, mocking the movie out loud. We cracked each other up. 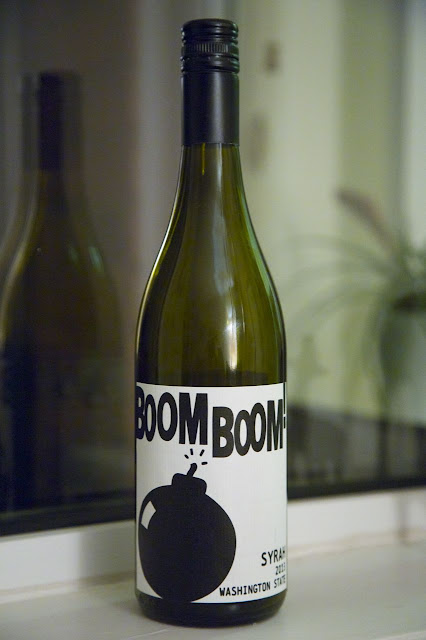 A Washington state vintage with a particularly eye-catching label.

Olga, however, was interested in neither the film nor the wine. You know how I always say the object of our long, weekend walks is to exhaust the dog? 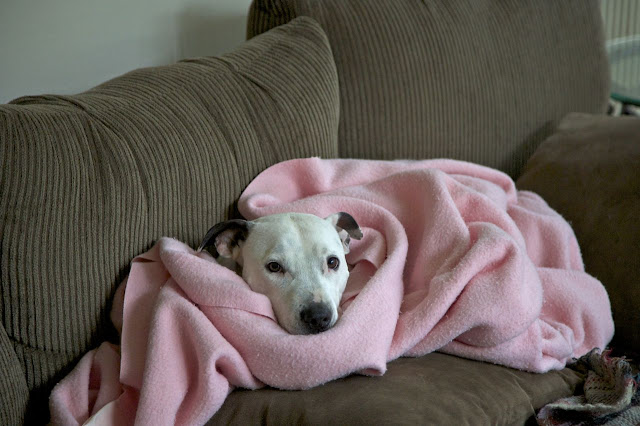 Oh, and as we discussed, I did make a new video of me speaking Tashelhait. Here it is, if you're interested. I've already uploaded it to the school so now that obligation is done! I probably should have shaved first, but oh well.
Posted by Steve Reed at 6:18 AM

Olga is so adorable in her pink blanket...It's finally cool enough for a sweatshirt today...Have a good week!

I loved the video!!
Thank you.
And that Olga- she's such a cuddle bug.

That web thing looks like a hand made dreamcatcher. They are based on a Native American tradition supposedly to filter out the children's bad dreams and leave only the good dreams.

The dream catcher serves no purpose, it is an art installation, I reckon. Your video is great, I understood "labass". SO good of you to take Olga to such interesting run and sniff places! She is such a lucky girl, and her cozy pink blanket looks like a warm , loving hug. So sweet.I will be on the look out for BOOM boom, Was it worthy? In answer to your toynbee tile's beyond Philly, I guess he made the rounds , there are two in Bellingham, of all places, right?

The Book of Olga!

I would buy that.

I third/fourth the suggestion that those woven/circular objects are probably dreamcatchers. Maybe something to do with the cemetery environment. If people get comfort from them, it's all good.

Olga is so cute snuggled into her pink blanket, I can hardly stand it! She is such a sweet looking dog.

And your video is pretty impressive to me. Awesome! Thanks for posting it.

Laughing, learning and loving is my response to your post today. Laughing at your mocking the sci-fi film with the aid of the Washington state wine; hearing for the first and surely the only time in my life, the Tashelhait language and maybe - just maybe - learning one word (water?) and loving Olga wrapped in her pink blanket.

I'm thinking the web thing is a dream-catcher too.

E: She loves that pink blanket! And so do I, which is why I took it from my mom's house. It's super-warm.

Ms Moon: Now you can talk to all your Berber friends! :)

John G: Yeah, I had the same reaction. A little creepy, especially given the context.

Sharon: It may be a dreamcatcher. I've seen those but I didn't expect to find one in England!

Linda Sue: It could be just art for art's sake, that's true. I liked the Boom Boom, but Dave wasn't impressed. It's light for a syrah.

Jenny-O: Absolutely, I don't object to their presence at all, though like John said, I did find them a bit forbidding. Maybe they already have some bad dreams trapped within their webs!

Ms Soup: Well, those are good responses! Don't get ahead of yourself, though, because I didn't use the word for water in the vid. :) I mentioned "aghrom," which is bread; "tudeet," which is butter; and "akfai," which is milk. Water is "amman," just like the capital of Jordan. (By the way, those phonetic spellings are my own -- Berber hasn't been a written language since antiquity, and in the Peace Corps we used Arabic characters to write it.)