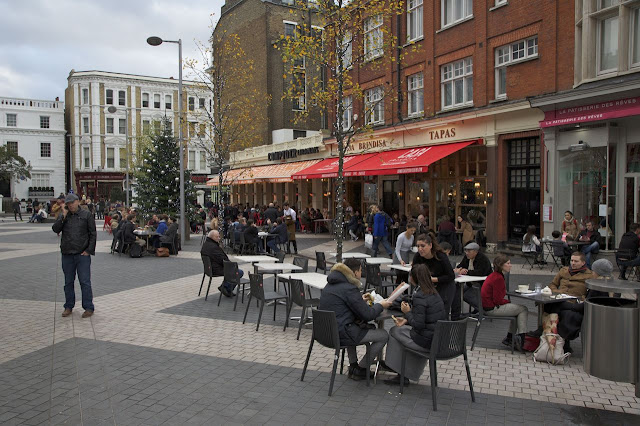 I went to the Science Museum in Kensington yesterday to see an exhibit by Alec Soth, an American photographer who I didn't know before but whose work I now admire. Soth has documented the lives of people in the Mississippi valley, hermits living "off the grid," lovers and erstwhile lovers in Niagara Falls, and Americans of all stripes, in large-scale, carefully composed photos of technical beauty. It was a fascinating show.

Before I went in, I wandered around South Kensington myself to take some of my own pictures. I was surprised to see Christmas decorations are already up, though I suppose I should expect that by now. 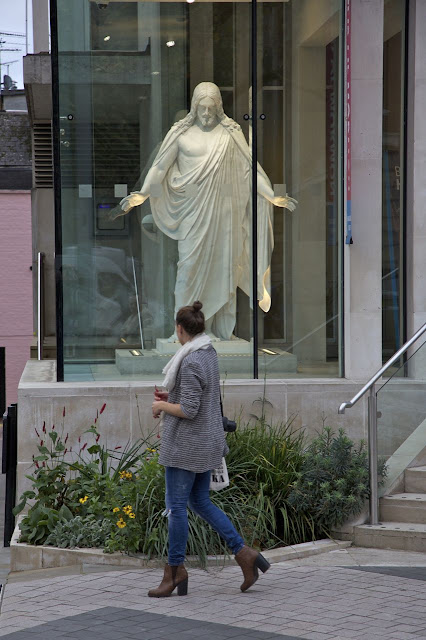 Jesus was handing out blessings at the Mormon church center on Exhibition Road... 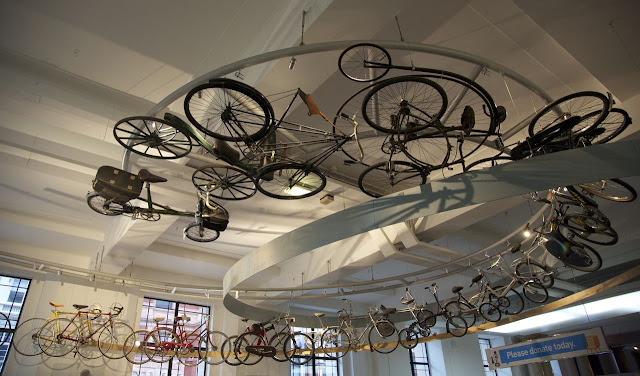 ...and the ceiling of the nearby Science Museum included a massive light fixture made of bicycles, which I thought my brother would appreciate.

After seeing Soth's work, I kept walking. I intended to make my way through Knightsbridge, Belgravia and Mayfair to meet Dave and our former neighbors, Chris and Linda, for dinner near Piccadilly Circus. 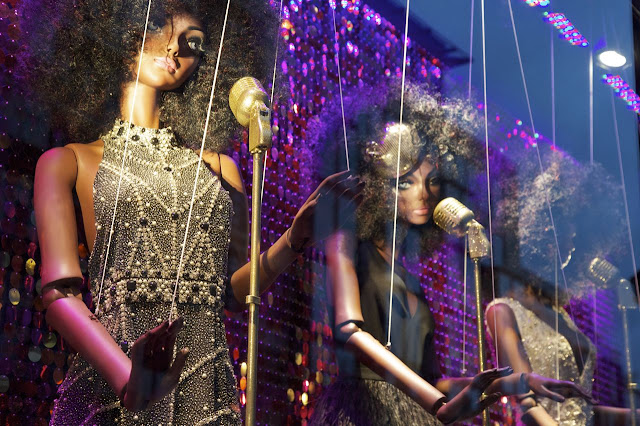 I passed Harrod's, which had this retro-girl-group themed window. But then somehow I got turned around and wound up walking south, deeper into Chelsea. (I almost never get lost, but the fact that it was dark and I was carrying only a mini A-Z, which has type too tiny for my tired eyes, left me in peril. I guess I'm getting to the age when I need to carry reading glasses!)

I wound up accidentally circling back to South Kensington, where I caught the tube to Hyde Park Corner. I then walked through Mayfair and into Soho. 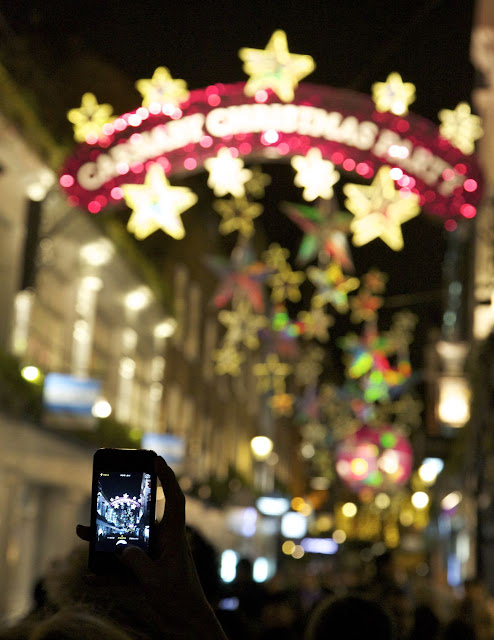 The Christmas lights are up in Bond Street and Carnaby Street. (Yes, I know, I've used that focus-on-the-iPhone photo technique before). By chance I landed in the middle of a huge crowd gathered for the lighting of Regent Street. A jazzy band on stage played "Charade" and I stayed long enough to absorb the festive atmosphere and start to feel a little claustrophobic. I didn't wait for the lights to come on. I kept walking.

I finally met our dinner party at Zedel, a French Art Deco restaurant, and we had a fun evening. Chris declared the Regent Street lights looked like rubbish, so maybe it's a good thing I didn't stick around. But then, he proudly tends toward the cynical. 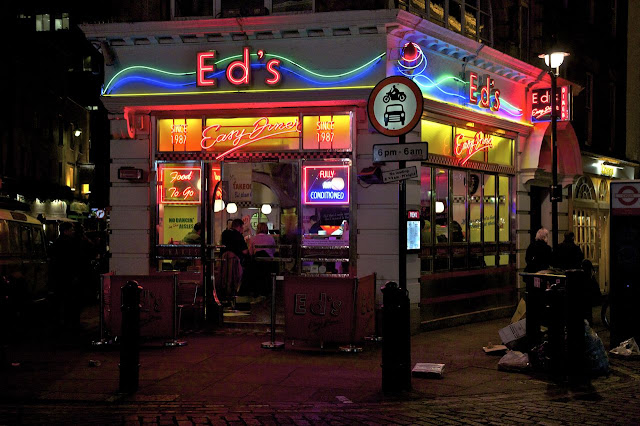 I was overdue for a photo walk, and now that the days are getting shorter, it was an opportunity to do some night photography!
Posted by Steve Reed at 7:37 AM