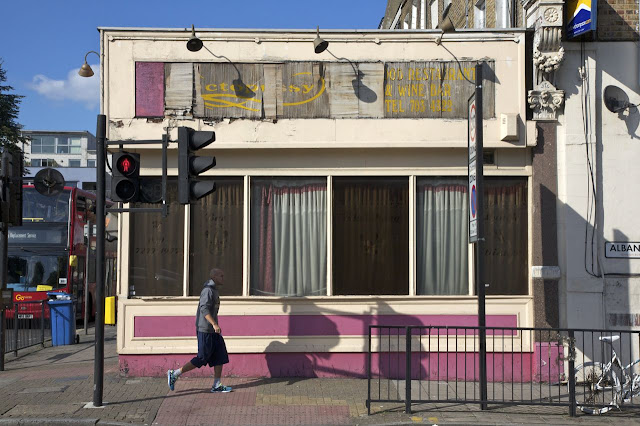 Working in a school library, it's probably inevitable that I occasionally think about the librarians I knew during my own school years in Florida. There was Mrs. Lawson, my elementary school librarian, who wore her glasses on a chain and told us to take care of books and not leave them out in the rain. (Even then, it struck me as absurd that anyone would have to say that, and yet the other day someone returned a book to our present-day library that had, in fact, been left out in the rain.)

There was Mrs. Bruggink in middle school, and I am not at all sure about the spelling of her name. Weirdly, while I vaguely remember the appearance of that library, I have no specific memories of using it -- but I'm sure I did. I think those two years have essentially been erased from my brain by middle school PTSD.

And there were the ever-cheerful Mrs. Bellotti and Mrs. Pickens in high school. (Both here and in middle school the library was known as the IMC, or Instructional Materials Center. Apparently the term library had fallen out of favor circa 1980.) The funny thing is, in my memory, Mrs. Bellotti was the head librarian and Mrs. Pickens the aide. Doing my own job, I often cast my memory back to high school and thought, "What would Mrs. Pickens do?" Except that I couldn't remember her name -- so I dug out my yearbook the other night and was surprised to find that I've had it backwards all these years. It was actually Mrs. Pickens who was in charge. Mrs. Bellotti is my true role model. According to the yearbook she, like me, worked hard to know the names of all her students.

It's funny to think that the kids I work with now may be forming lifelong memories of me. They may not remember my name, but they'll have the image of the bald guy at the circulation desk who presided (occasionally grumpily, but hopefully not tyranically) over the room. It's a legacy of sorts.

Speaking of growing up in Florida, I talked to my mom last night. When she answered the phone I could hear her voice echoing in the house around her, and sure enough, she said the movers had come and the place was completely empty. She laughed because she'd eaten a drumstick and didn't even have a trash can to discard the bone. She planned to spend the night crashed on the floor (!) and get up this morning for the closing and the drive to Jacksonville.

The good news is, she said my brother rescued my houseplants. Woo hoo!

(Photo: An apparently vacant restaurant in Camberwell called Octopussy -- echoes of James Bond.)
Posted by Steve Reed at 6:25 AM

I would have to look in my yearbook to recall the name of my high school librarian. We did not have a library or librarian in primary or middle...Best to your Mom.

My teachers were my role models for many years - even after I left that particular school. Very, very important in my life. I'm glad they have you.

I wonder if "Octopussy" had eight waitresses...
Of course the most noteworthy British librarian of all time was surely Philip Larkin. You look a bit like him Steve. Why not write a poem called "The Old House"? Understandably it is in your thoughts a lot just now.

Believe it or not- I am not sure I went to a school with a library in it until high school. And I remember nothing about it. Weird. I do know that one summer my mother went to finish her masters degree in Gainesville and we went with her and were able to use the library associated with the P.K. Young school. I was in heaven. HEAVEN!
Your mom is plucky!
And the kids who attend the school where you work are lucky.

You made me sit here and see if I can remember the librarians at my schools and I'm sad to say I can't. I can however picture the library and I can picture the librarian from high school but I have no idea what her name was. Up to the 4th grade, I went to a Catholic school and I remember my kindergarten teacher there but that is all. I have PTSD about all the rest of my time there. It seemed like school was much easier after my parents took me out of that school and put me in a public school. The teachers were much nicer and much more helpful and the students were a lot less vindictive. No wonder I turned out so agnostic.

Ooh I remember my high school librarian VERY well - she gave me a B in library science. That was the death of my desire to be a librarian. Darn you Mrs. Dry (or Dryer?). Hmm - I'll have to go see how close I got to her name. I do remember her face - frowning at me. I was fairly air-headed for a smart girl. Ha!

I'm impressed that you remember the names of the school librarians. I don't remember any teachers (or librarians for that matter) from school except for my high school english teacher, Mrs. Yost. shoot, I don't even remember if my schools had libraries! I graduated in 1968. They must have but I have no memories of them so apparently I never used them.

our school did not even have a library. We had to go to the public library to get books, there were only about three, one of which was a book about Eastern religion/ philosophy, which I checked out on a regular basis...Those kids of yours probably all have a secret crush on you.

There's a chapter closed on your family life. I'm sure your mother will be pleased all the sale and moving business is now behind her, even though she now has to settle into a new home.

As for school libraries; I'm sure we didn't have libraries at either the primary or secondary schools I attended. In secondary school we had novels for English Lit. and that was the extent of it. But back in those days I went to schools in an area regarded as a rural backwater.

I must look into this.

You've got me thinking about the librarians of MY childhood, and the main person who comes up is the AV guy from our high school. Rumor had it that he was a Vietnam vet suffering from shell shock (this was, of course, before we knew about PTSD). He rolled around the AV cart from room to room, but he also had his own "office" in the library where the weirdos hung out with him and listened to records.

I've been think a lot about how lives unfold, and when you were at the Times who would have thought you'd one day be happily creating order and memories in a high school library in London. It helps me have faith in my own path. The sale of one's childhood home is monumental. I felt like a kind of orphan when my own childhood home at 37 Paddington Terrace was sold. And now it has been razed and town houses erected there. I feel your sense of...melancholy? loss?...at the sale of the home that is the backdrop for your childhood. It's the old cliche. Time marches on. Sometimes it can be magical so there's that.

When I went to the two-room school that served Grades Primary to Six, our library books came on the bookmobile. How I loved bookmobile day.

Your mom must be a hardy soul to sleep on the FLOOR! I can't even sleep on a carpeted floor for more than forty winks.