Grinding Up and Down Hills 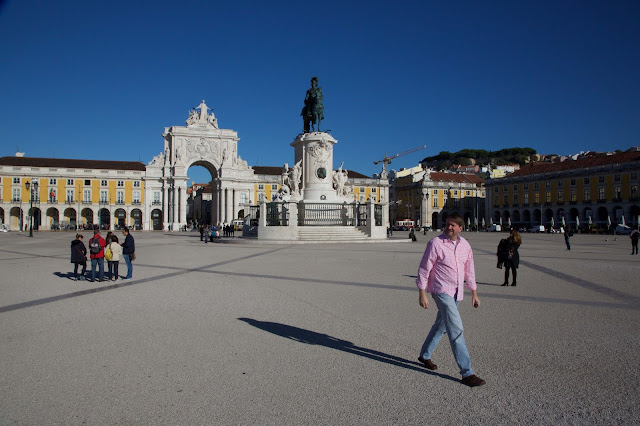 One thing I can say for sure about Lisbon -- the weather is just about perfect.

We spent yesterday exploring on foot and in a tram, a transportation method so ubiquitous here that it appears on t-shirts and souvenir refrigerator magnets. We took a special tram tour through Lisbon's older districts, with the driver cranking levers and the car grinding up and down the hills on metal rails. It was quite theatrical. Apparently on some of the steeper hills, the drivers have to lay sand on the tracks so the car can get a better grip. Woo hoo! 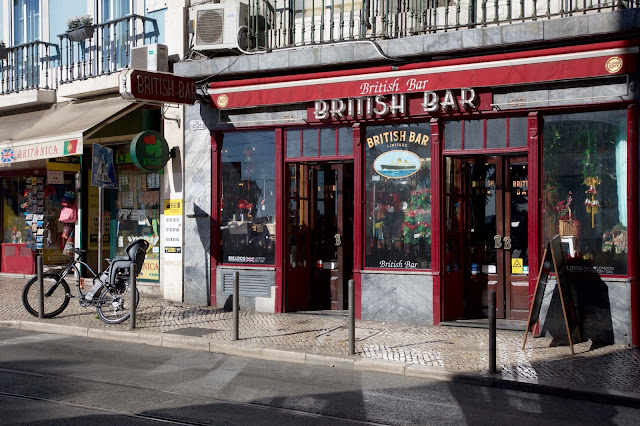 We found the British enclave, such that it is. 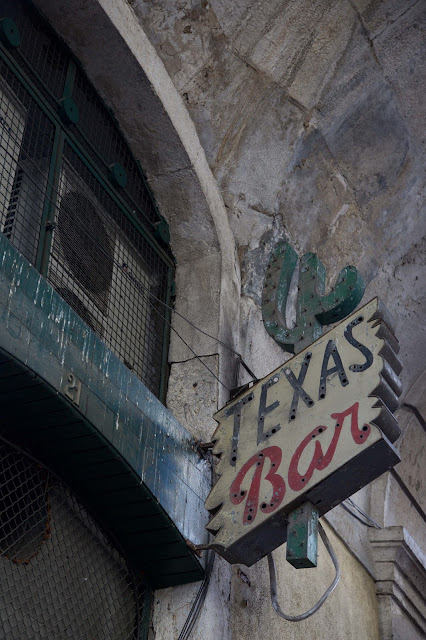 And we found the American enclave, too. Or at least a sign from a bygone era. 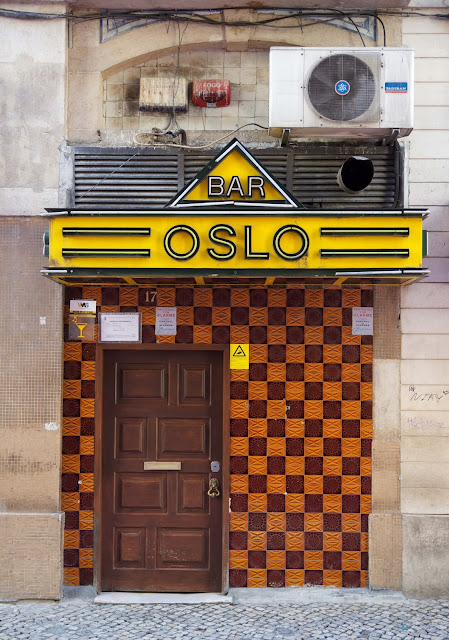 And the Norwegian one, too!

We had lunch at the Mercado de Ribeira, a huge food market near downtown where there's a sort of gourmet food court. I had a salted cod sandwich and "batatas Marilyn Monroe," which I ordered just because of the name. It turns out they're very thinly cut potato chips -- or crisps, as the British say -- and after I got them I realized they closely resemble Marilyn's swirling skirt in the subway grate scene of "Some Like it Hot." 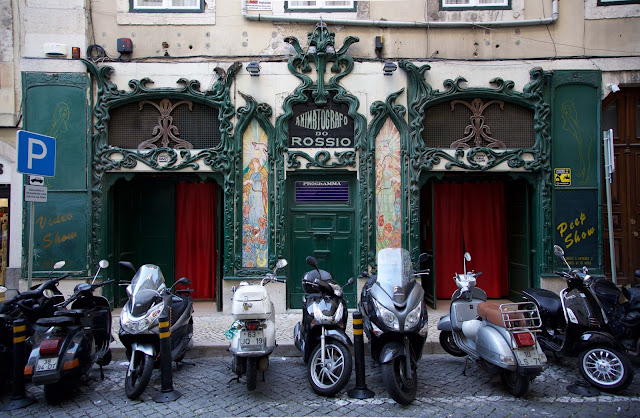 After lunch we went to a Portuguese wine-tasting room near the main waterfront square (top photo) and sampled some whites and reds. Dave really wants to buy some port, but unfortunately our plane ticket specifies that we cannot check luggage without paying an extra £30, so we can't bring any back. (No liquids in cabin baggage, and all that.) I'm thinking we may be able to get some at the airport duty-free shops on the way out.

In the afternoon Dave headed back to the hotel for a nap, and I continued on foot exploring the neighborhoods of Barrio Alto, Baixa and Chiado. 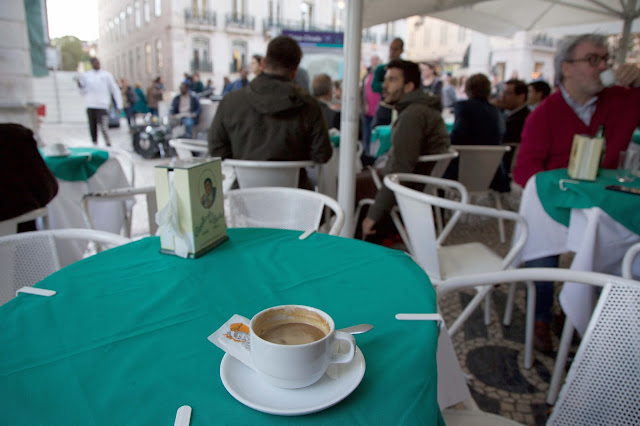 I stopped at the Cafe a Brasileira, an apparently legendary Lisbon haunt, for a coffee. A Brazilian (I think) band played nearby on the public plaza.

Finally, last night, Dave and I went to a restaurant recommended by one of my coworkers. I'll avoid naming it so as not to attract search engines to my somewhat negative review, but think of the capital of California. It had a very red interior including huge red cellophane hanging lamps. Dave said it was "like being inside a blood clot," and we found the food unremarkable. Oh well. You can't win 'em all!
Posted by Steve Reed at 8:47 AM

The people in that California city will love your comparison....Life inside a blood clot is an interesting image...

Good one, Dave! Reminds me of my friend Colin describing a B&B as looking like a doily factory exploded.
I love these pictures! I am so glad you're getting some sun and blue skies and such interesting buildings! Love them all.

I am loving your quirky pictures of Lisbon Steve. Sounds like you are having a good time. 1183 reviewers on Trip Advisor thought that The S********O restaurant was excellent! Only 19 said "Terrible".

More great photos today. I love all the bar signs. Sounds like you have a very busy day enjoying the sights and the weather.

Wonderful trip, thank you! Dave's genius simile gives me visuals difficult to shake. There is a thing as too much red...Loving your adventure!

Oh yuk. I've been put off the So-So for life by Dave's description.

Hey, how come there isn't a tram photo?