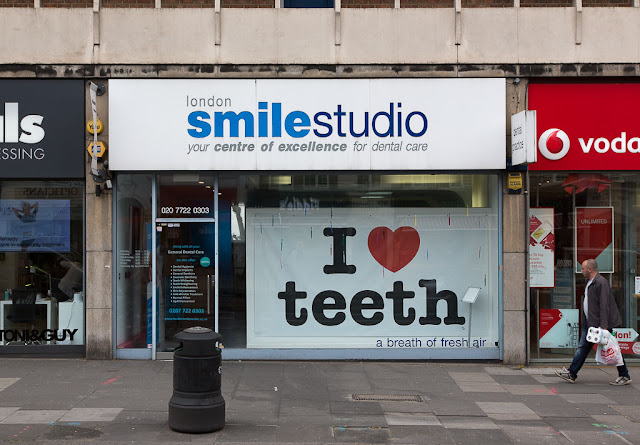 A reader points out that in yesterday's photo, there appears to be a man with a broom sweeping the sidewalk. "Does that really happen over there?" she asks. Believe it or not, yes. The councils -- local governments -- employ armies of contracted street-sweepers to walk around with shovels, brooms and little carts and pick up trash. Not just litter, but also fallen leaves and dog poo. They don't pick up larger items, like discarded furniture, or piles of illegally dumped trash bags, and those sometimes tend to hang around a while. They also don't get to things that aren't on the sidewalk itself -- like all the litter along the trash path.

I'm not sure it's the most practical system of urban cleanup, seeing as how there's still plenty of rubbish lying around. Those guys just can't sweep up everything. (They also seem to spend a fair amount of time standing on corners and tapping away on their mobile phones.)

On the other hand, think what the streets might look like without them! Especially since we have a dearth of public trash bins, the photo above notwithstanding.

Speaking of today's photo, by the way: What you may not be able to see are all the toothbrushes hanging in the window of that dentist's office, in front of the "I (heart) Teeth" poster. A colorful touch!

I (heart) teeth too. Especially mine.

Dave came to school yesterday morning for the first time since his surgery. We took a taxi together and he sat in on just one class -- high school band -- so he could hear how they're doing. The students all applauded him when he walked in the room. It was great to see. Their year-end concert is this Sunday and we plan to attend.

It looks like I may also wind up going to the opera with some of his students on Saturday night. Dave booked a performance of "Madame Butterfly" for his AP music students, with tickets for the two of us as well. Now he can't go, so someone needs to collect the tickets and distribute them to the kids at the theater. That person will probably be me, and as long as I'm there I may as well use my seat!

(Photo: Finchley Road, earlier this week.)
Posted by Steve Reed at 6:55 AM