Inside a Tree, with Mermaids 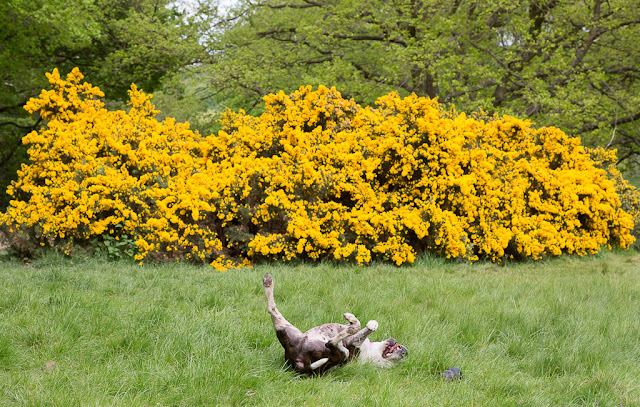 I'm testing those of you who have declared in the past, "We can never have too much Olga!"

Since my life at this point is mostly hospital and work, I don't have much else to show you.  I go to the hospital in the morning before work (even though I've belatedly realized that's not technically "visiting hours") and I go back to the hospital immediately after work. Dave is doing better, little by little, but he still has pain and it's a challenge for him to eat. I try to spend as much time with him as I can. We're hoping he can come home in a few days.

Yesterday, being Saturday, I had more time in the afternoon to take Olga to Hampstead Heath. (After French class, bien sûr!) 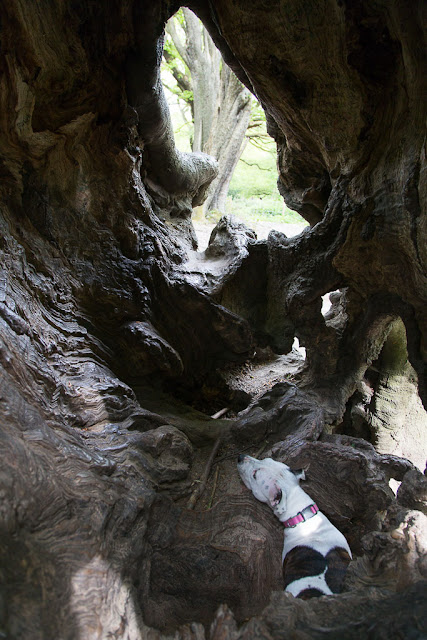 She climbed inside this hollow tree. It's a huge tree, one that frequently contains playing children. This time, she had it to herself. 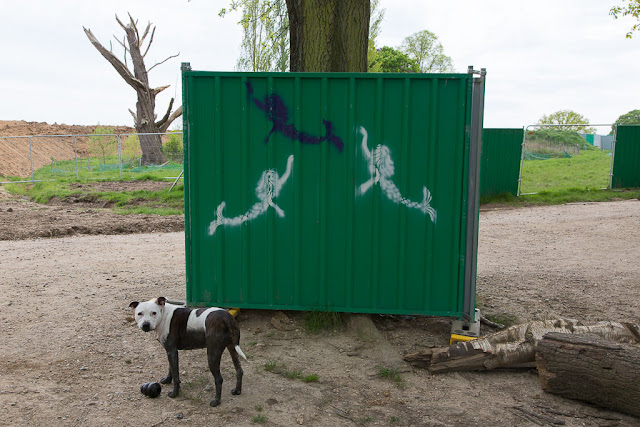 Amid all the hideous barriers and denuded landscape resulting from a monumental project to remake the Heath's ponds and waterways for better flood control, we found a trio of mermaids. (Look how muddy Olga's legs are!) 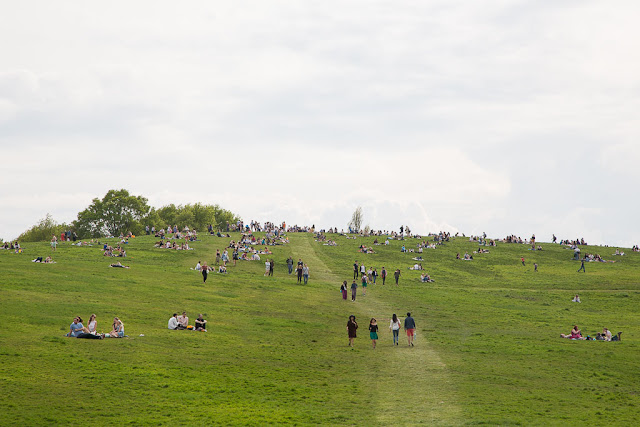 It was a busy Heath day all around -- tons of people, with the sun out (more or less) and temperatures in the high 70s. I was exhausted, but glad to have the opportunity to get out and about!

I also understand from my relatives in Florida that my dad has come home from the hospital and is recuperating there. Which is good news. He'll be much better off in familiar surroundings, living some semblance of his daily routine.

Did you hear that London elected a muslim mayor on Thursday? I couldn't vote in the election -- I'm not a citizen -- but I'm glad he won. He would have been my choice. (I'm sure that Trump and his ilk will take it as further evidence of the deterioration of the West. Like this idiot.)

Finally, one thing I am able to do while sitting at the hospital is read. I just finished Anita Brookner's novel "Hotel du Lac." She died several weeks ago and all the news coverage mentioned this book, which won the Booker Prize in 1984. I'd never read it, so I ordered a used copy, and it was well worth it -- an exploration of a woman torn between an unavailable man she loves, and available men that she doesn't, set within the confines of a slightly down-at-heel Swiss hotel. I loved the description of the woman's bland hotel room as "veal-colored." You can just picture that impersonal grayish beige, can't you?
Posted by Steve Reed at 7:15 AM