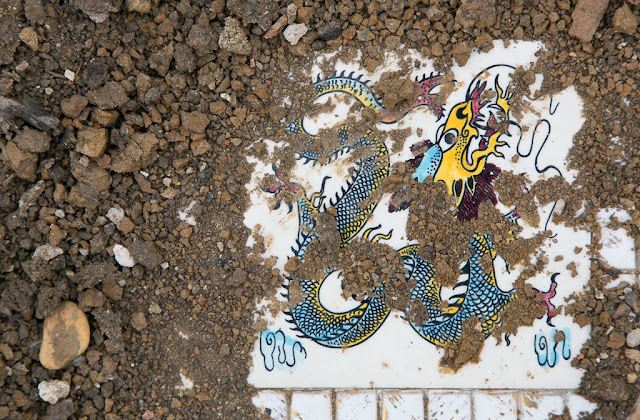 Last November, an acquaintance at school told me about an upcoming appearance by the writer David Sedaris at Cadogan Hall in London. She was going, along with some other teachers, and she suggested I get tickets too.

I've always wanted to see Sedaris live. When I lived in New York I was once supposed to see him at Carnegie Hall with a friend, and something happened -- I can't remember what now -- and I didn't go. So rather than miss out again, I went online and bought two seats for his London appearance. I even bought coupons for glasses of champagne at intermission.

The tickets arrived in the mail, and I stupidly tucked them between two books on our bookshelf. And of course, I forgot about them completely.

Sedaris came and went, on Feb. 27, and neither Dave nor I ever realized we'd missed the event. Our friends at school didn't mention it to us. I only discovered it yesterday when I pulled a book off our bookshelf and found the now-completely-useless tickets.

I sent one of our school friends an e-mail telling her of our mistake. "How funny!" she wrote. "You must have filed that away in a deep vault in your mind." (She's being charitable. It wasn't filed in my mind at all.)

"It was fun!" she continued. "Hopefully next time he comes around you can get tickets and actually go!"

Have you ever done anything like this? I swear I think I'm getting Alzheimer's.

(Photo: The remains of a tile surface at a building site not far from our house.)
Posted by Steve Reed at 6:52 AM