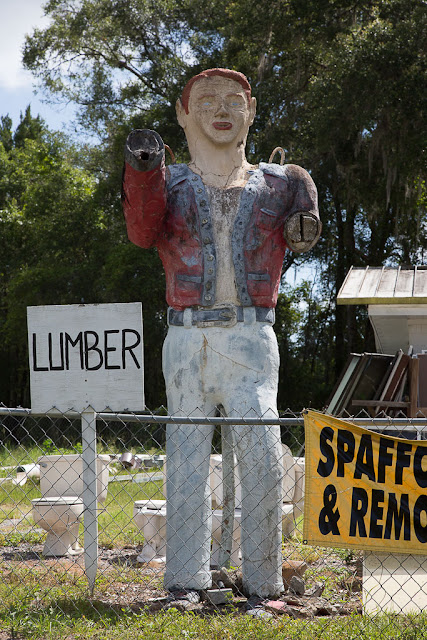 I took a long, slightly winding drive through the center of the state yesterday, from Tampa to Jacksonville. It was a terrific day for a road trip, and I put my iTunes on and had a great time, driving through Leesburg and Eustis and Umatilla and the wonderfully named Floral City, and stopping here and there to take pictures.

As has been pointed out many times by many people, Florida is a weird state.

Above is the so-called Concrete Man of Citrus County. I remember seeing him about thirty years ago, standing by the side of U.S. 41 near Inverness, holding a fishing pole aloft and maybe a fish, too. Since then he's been moved and somehow lost his arms, not to mention his fishing pole. 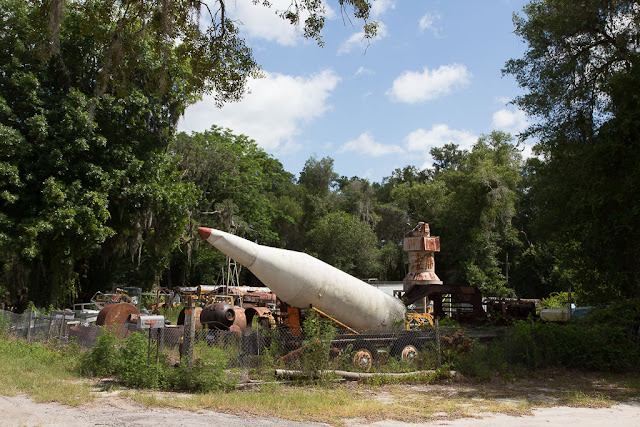 Also in Citrus County, a huge missile. Or something. 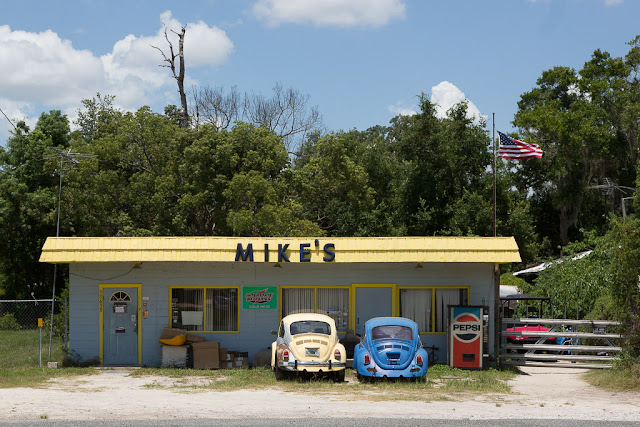 A few hours later, in Umatilla -- where I saw this picturesque mysterious business (above) -- I stopped for lunch at McDonald's. That's not normally my idea of a good lunch spot, but I wanted something fast and with palatable coffee. (My second and final cup for the day, given my new stomach-friendly regimen.)

I sat next to two older ladies in their church clothes, talking in a slow southern drawl about their friend Betty Alice. Apparently they'd thought Betty Alice had died -- or "passed," as they said -- but it turns out she didn't. Amen! 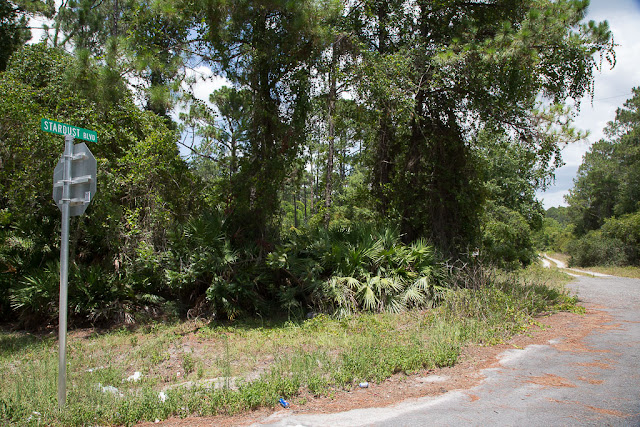 Floridians are dreamers. This road is called "Stardust Boulevard." You can see the road on the right, there -- those two grassy ruts going back into the woods. 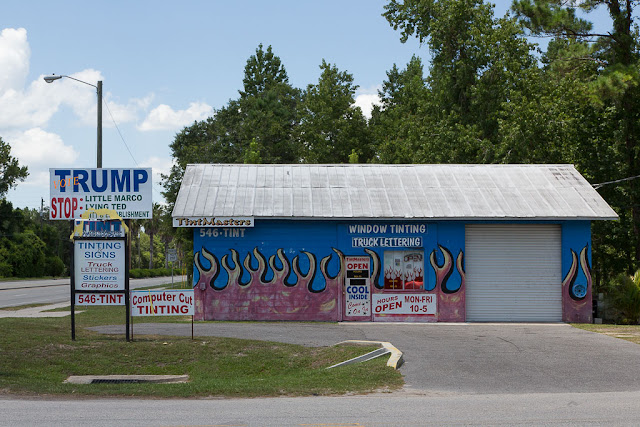 I was thinking that I hadn't seen many political signs. But then I saw this one: "Vote Trump. Stop Little Marco, Lying Ted, and Mitt's Establishment."

No signs for Hillary.

But there is a man running for Sheriff in Putnam County named Gator DeLoach. 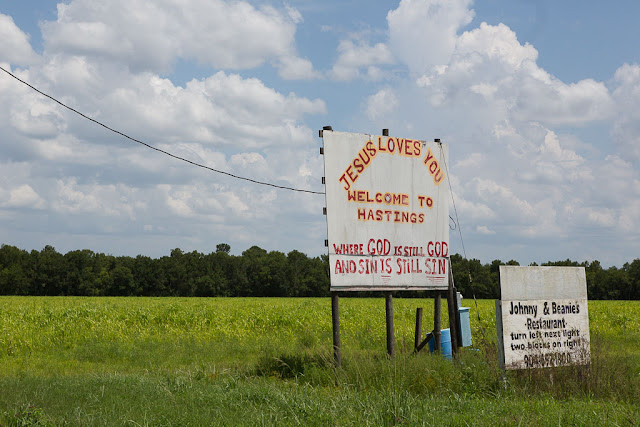 I finally joined I-95 outside St. Augustine, near the farming towns of Hastings and Spuds, and got to Jacksonville about 4 p.m. My mom apparently didn't get my e-mail that I was coming, so she was surprised to see me!
Posted by Steve Reed at 12:07 PM

Oh, Florida. It has a personality all its own, doesn't it? How many billboards did you say advising you that abortion kills a beating heart?
Great snaps, Steve. I'm glad you're feeling better and had a great trip.
Betty Alice isn't dead? I thought she was!

gotta love the out of the way country places.

WOW Florida is so many things, all of it weird. Great shots and so glad to hear that your tum tum is better!Great news about Betty Alice and the sheriff, Gater, I am voting for him! Safe travels!

Oh my gosh, you had me laughing out loud. I'm so glad Betty Alice is still with us!! Hasting's looks like a good place to just keep on driving.

I just caught up on over a week's worth of posts (which is becoming my new "thing" apparently). I'm glad you made it to Florida, that your dad is doing ok, that you're feeling some better (I'm currently taking Nexium myself - ha!), and that Betty Alice lives!

Wonderful oddities, except maybe the "god is still god & sin is still sin", that may be less than wonderful but definitely an oddity to my eyes :)

Do you drive at all in Britain? If not, does it seem weird when you DO get to drive? I would be afraid I'd forget something critical. This line of questioning brought to you by my illogical mind after your title the other day on whiplash!

So it's well worth your while to stop on the road and get some interesting photos. Nice surprise for your Mom.

I looked at the sign 'lumber' in the top photo and decided the Citrus Man had been very careless with his chainsaw.....

And in the town Spuds - do they grow potatoes?

I loved this post because I like quirkiness. Vote for The Concrete Man of Citrus County rather than Donald Trump! TCMOCC is more intelligent and more handsome.

Such wonderful photos, Steve. I hope you're having a good time!