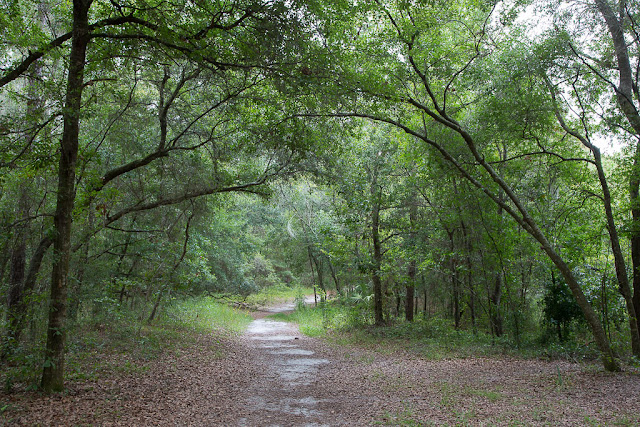 There's a wilderness park a few miles from my dad's house called the Violet Cury Preserve. I'd driven past it a few times but never visited, so yesterday afternoon, right after lunch, I went to check it out.

Turns out, it's a really nice park -- 160 acres of Florida woodlands with a big lake in the middle. Despite temperatures of roughly 900 degrees, I walked around for about half an hour. 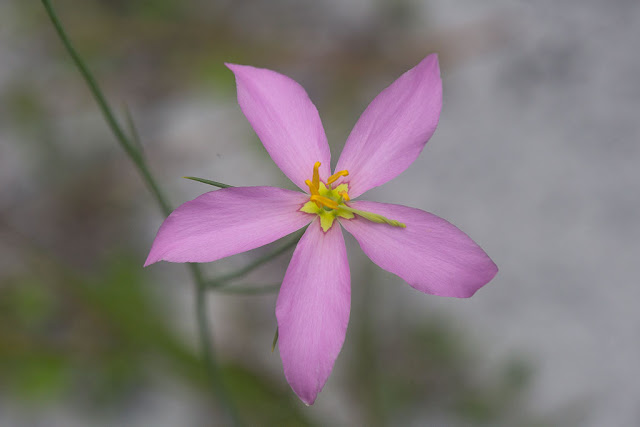 There were some interesting wildflowers, like this rose gentian... 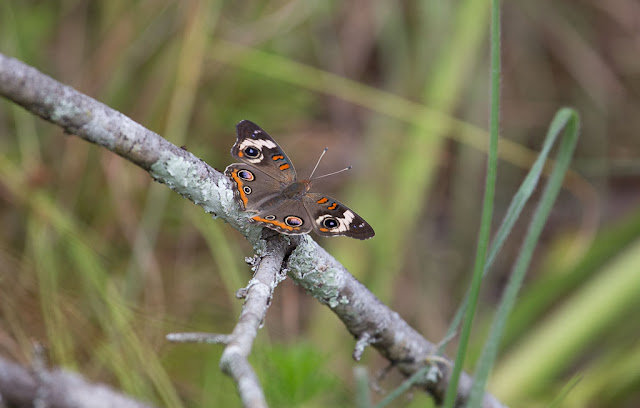 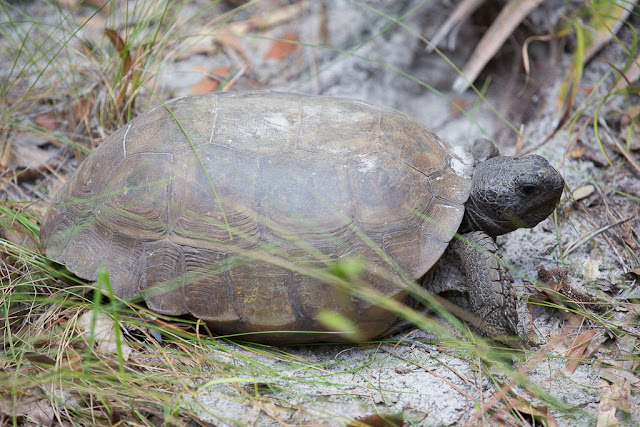 I also saw three gopher tortoises, shuffling around and eyeing me suspiciously. 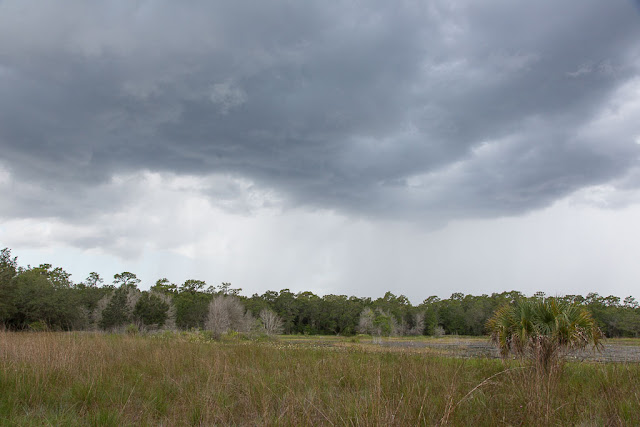 Suddenly I began hearing thunder and seeing flashes of lightning. Despite the fact that I was born in Florida and know that weather on summer afternoons can turn on a dime, I was still caught unprepared -- out in the middle of a wilderness, on poorly marked trails, with no idea how to quickly get back to my car. I thought sure I was going to become a lightning casualty. I was mentally preparing to lie down in a ditch.

Instead, I walked-ran along the paths until I came to the park's perimeter fence, and then walked the fence line back to the park entrance. By then, the lightning had subsided, but I'd seen enough nature. I headed home. I'd love to revisit the park sometime, maybe on a day when I'm less likely to be electrocuted!
Posted by Steve Reed at 10:31 AM

Why were you thinking about lying down on a bitch?

Thanks for the wildlife walk and glad you made it out safely. Maybe you should have a nice quiet day in the A/C today.

Brave soul - and not just the lightning, but facing the Florida heat!

Quite a contrast here with peacefulness and then lightening. Stay away from those chain link fences in a storm.

Nothing like a bit of a scare to get the blood flowing! You did manage to get some pretty shots, stormy skies and all.

Good thing you didn't have Olga - her tail would be a lightning rod for sure! All joking aside, I'm glad you made it out in one piece. Great photos too.

I was with a group paddling down a river in a steep canyon when a storm blew over, thunder and lightening. because we were in a canyon there was no place where we could pull over and take shelter til it was done so we had to keep going, paddling down the river holding aluminum lightening rods (paddles) til we got to our camp site. One of the scariest times of my life.

good plan to get out of there, you being the tallest tree in the woods! Sure to attract lightening!