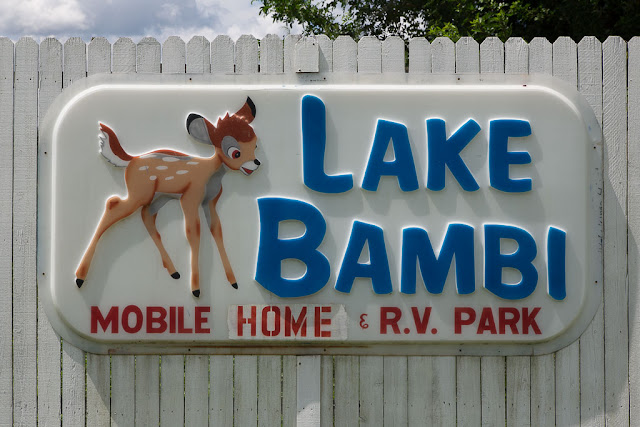 This sign used to stand atop a pole in front of a mobile home park near the house where I grew up. I always liked it as a kid. I'm not sure why they took the pole away, but now the sign is attached to a fence. What do you suppose got covered up by the word "HOME"? Do the Disney people know about this?

Well, this evening I fly back to England. I gotta say I am ready to go. I love my family, but I want to get home.

Last night I went out to dinner with my step-sister, her husband and their cousin, who I suppose is my...step-cousin? (It's all so complicated.) She's 15 years younger than me, and I hadn't seen her since she was about five -- so it's been a while. I think Duran Duran was still making hit records! Anyway, we had a good time at a posh little restaurant and then went to a bar that was far swankier than anything I knew existed in north Tampa. I had wine but kept it to a minimum for fear of awakening the gastritis monster.

Speaking of which, that's been much better since I began taking my Nexium last week. I have a doctor's appointment on Monday morning in London. Another good reason to go home.

This is what's waiting for me: 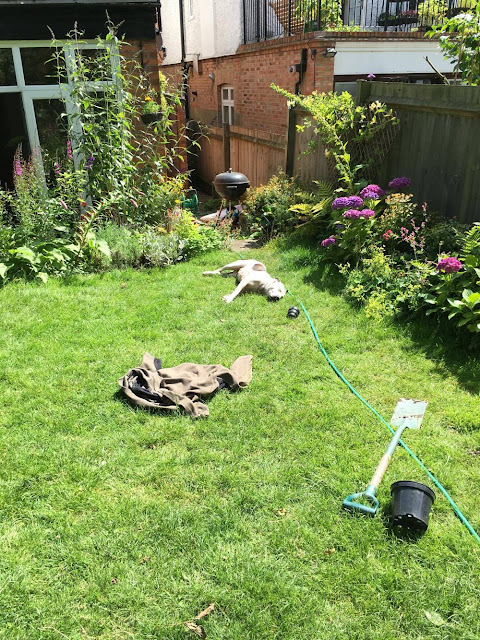 Dave sent that picture via Facebook this morning. Look at Olga, soaking up the London sunshine! The brown thing on the grass is Dave's favorite sweatshirt, though, so I guess it must not be super warm, at least in the early mornings. Here in Florida, it's hard to imagine that it's not sweltering everywhere.
Posted by Steve Reed at 12:03 PM