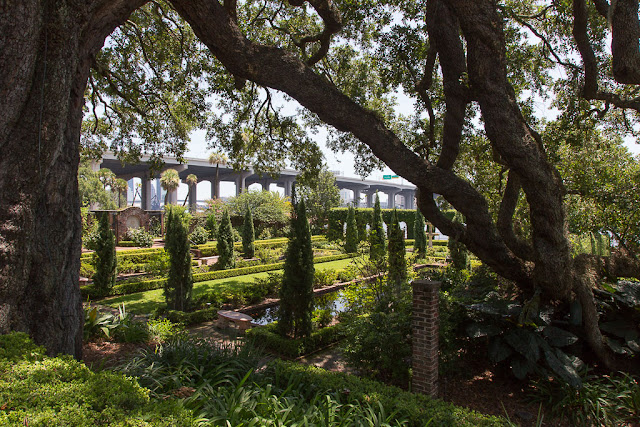 Yesterday, in search of something to do that didn't involve spending a lot of time outside, Mom and I went to the Cummer Museum, Jacksonville's art museum. Yay! Air conditioning! We enjoyed browsing the museum's collection, and then ventured outside and risked spontaneous combustion for a brief walk around the gardens, beneath the shade of the gigantic Cummer Oak and the I-95 overpass. 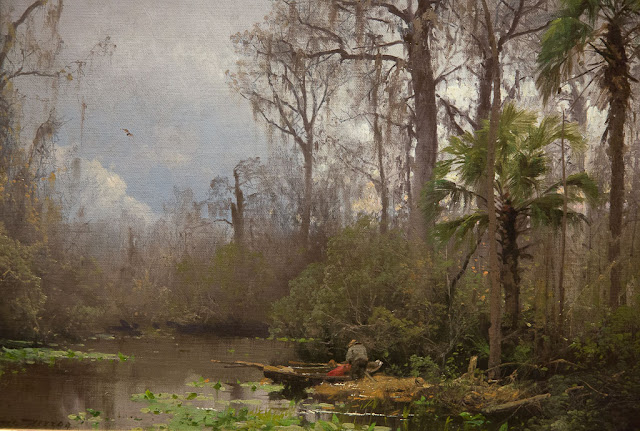 This was my favorite painting -- "Figure in a River Landscape" by Herman Herzog, from 1910. Herzog, a German-born painter who eventually moved to Philadelphia and often visited his son in Gainesville, painted more than 250 views of west-central Florida during his lifetime. Ah, swamps!

We also saw an exhibit based on artists' responses to the civil rights anthem "Lift Ev'ry Voice and Sing," which explored issues of race, identity and oppression, including police violence. We were lucky enough to come across two of the artists giving talks about their work to a group of patrons, so we listened in.

After lunch at the museum (grilled cheese and tomato sandwiches!) we drove to the mall so I could buy some bedsheets. As I've mentioned before, Dave and I have an American king-sized bed and we can't easily get sheets in the UK. And Olga has an unfortunate tendency to put holes in our sheets when she builds her little dog-nest each night.

Finally, we drove to the photo shop where the newly scanned photo of my great uncle was ready.

As I mentioned, the original photo is too large for our home scanner. So I had it professionally scanned and touched up, for the princely sum of $85. (!) 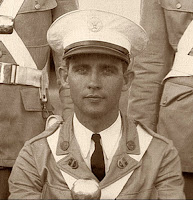 We don't really know the story behind this photo -- it came in a box of stuff retrieved from my great-grandmother's house in Avon Park, when it was sold in the '90s after my great uncle's death. My great uncle, Rudolph, who I also wrote about here, is shown just behind the drum. He seems to be holding a staff, so maybe he was the drum major for this band? (My mom says he usually played clarinet.) Why he was in a Winter Haven band while living in Avon Park, we're not sure -- and we also don't know what they were doing in South Carolina. So many mysteries.

Anyway, I plan to put this photo online -- maybe the people of Winter Haven will appreciate the history. As I told Mom, for all we know, we have the only copy in existence! It could be historically significant!
Posted by Steve Reed at 11:19 AM