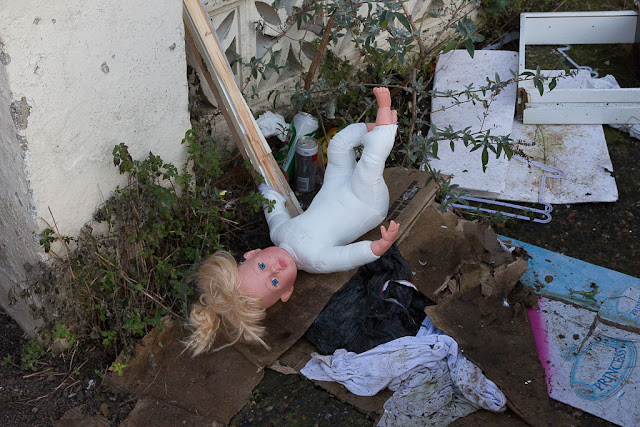 I have been super-cranky lately. Yesterday morning I snarled at Dave for taking so long in the bathroom that I was afraid I'd be late for work. (To be fair, he was in there a really, really long time.) And then I just had this big, snarling grizzly bear of a day where everything seemed difficult.

On the surface, it was the little things -- having to remind the same kids to turn in their computer chargers by the end of the day, and then having them not do it; having the five-zillionth fifth grader ask me for a book recommendation, and then having them reject all my suggestions; having yet another brand-new book disappear into an alternative universe when it was supposed to be on the shelf.

I don't understand when being polite became a bad thing. Where I come from, being polite is a virtue -- as is being intelligent. But these days, being careful about other people's feelings and tolerant of others' perspectives gets sneered at as "political correctness." If being courteous and respectful and understanding and caring continues to be mocked as eggheaded weakness, well, that's the downfall of our civilization, isn't it?

But ironically, I'm sick of being tolerant, too. The other day a coworker came and stood over my desk and launched into a monologue about the difference between economic conservatism and Trump conservatism, and after about ten minutes I thought, "WHY am I being subjected to this? It's not a discussion, it's a lecture."

Which maybe displays my own anti-intellectual, intolerant, impolite impulses. What goes around comes around. I silently endured the rest of the lecture, biting the inside of my cheek.

In transcribing my old journals recently, I've been struck by how certain I seemed about so many things when I was in my 20s. I guess that's the province of being young -- being certain. The older you get, the more you realize that nothing is certain and you actually know much, much less than you thought. That's wisdom, right?

Well, I'm feeling cranky and feeling like nothing is certain. Our governments, our Democratic ideals, all the things we learned going back as far as "Sesame Street" about the value of cooperation and working together. Instead we're just pulling apart and apart, getting more and more extreme, and we reward the most extreme people -- no matter how clueless -- with wealth and fame and political office.

I am not going to put the name of this person on my blog, but the recent downfall of his career has been gratifying in that it at least proves it's still possible to go too far. We'll see whether the downfall is merely temporary.

How did we get here?

On a positive note, at least I don't have French class to contend with anymore. I must say, I am not missing it at all. It's been really great to have my Saturdays free. When I hit that wall, I hit it hard.

Also, I found this intersection on Google Streetview, in Fort Myers, Florida -- how I found it is a long story -- and I'm thinking Dave and I need to visit the next time we go to the Sunshine State!

(Top photo: A discarded doll in Margate, last week.)
Posted by Steve Reed at 6:03 AM