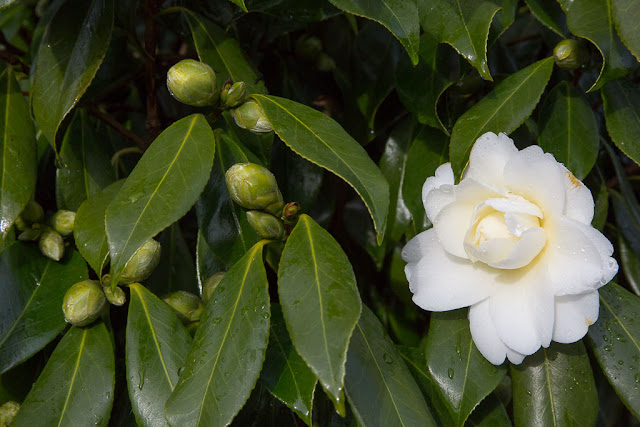 Things are beginning to come alive out in our garden. The camellia has a few early flowers (above), and the winter aconite is bearing bright yellow buds. I filled up the bird feeders yesterday morning. 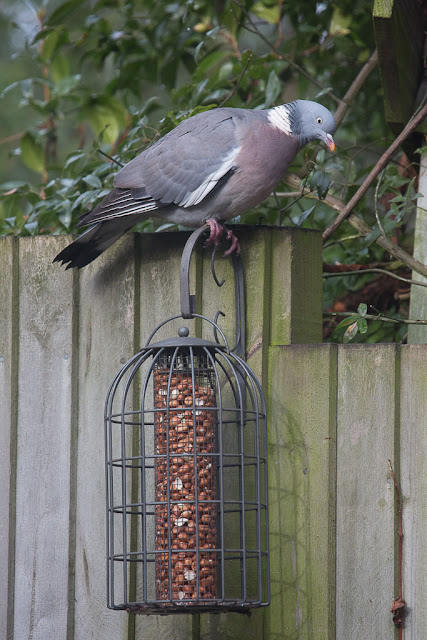 This poor pigeon just could not figure out how to get at those peanuts. I felt pity for him (her?) and took a handful of nuts out to set on top of the fencepost, but the pigeon panicked when I appeared and flew away. I left the nuts anyway, and watched them get eaten by tits and possibly a dunnock. 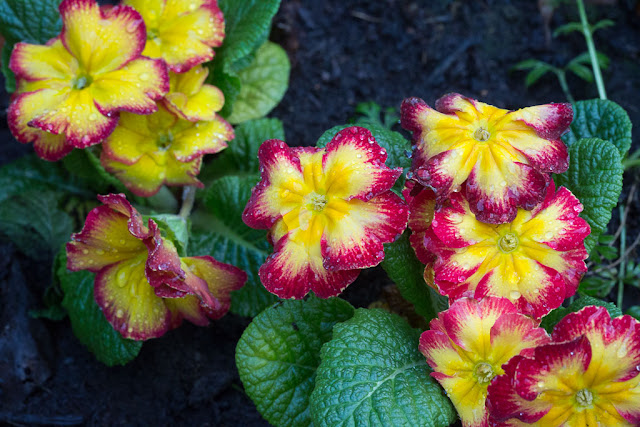 Then Dave and I decided to brighten things up with a run to Homebase. We bought some hellebores for the flowerpots on our front steps, and some primroses for a hanging basket in the back. There were six little primrose plants and the basket only accommodated four, so I put these two in a pot on the ground. I took a photo because they are sure to be destroyed by squirrels in the not-too-distant future.

Dave also had a bizarre mission -- to buy clay flowerpots that would produce certain musical notes when struck. (This is for a piece his students are performing.) So we walked around the garden center at Homebase rapping flowerpots with our knuckles, and measuring the tones they produced with an iPhone tuner app. Dave wanted an E, a D and a G sharp, but we couldn't be that precise in the end -- we just picked four pots that sounded nice. (Even crazier, these flowerpots will have to be toted to Luxembourg for a concert!)

Homebase is the land of the impulse buy. In addition to our garden plants and more bird food, we bought a few more orchids because they looked sort of forlorn. One had been discounted to £2.50, the poor thing was in such bad shape. Oh, and I also bought an anti-fungal spray to combat the rust on our pelargoniums. 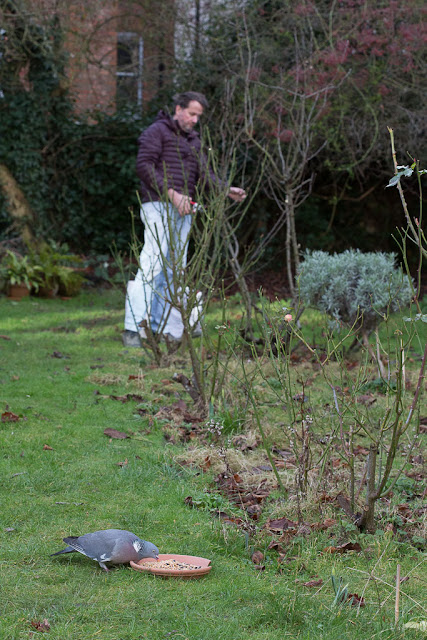 After we got home and planted our new plants, Dave gave the roses their spring pruning. As you can see, they're little more than a forest of sticks at this time of year. And as you can also see, our friend the pigeon (or one of his/her nearly identical cousins) finally got some bird seed!
Posted by Steve Reed at 7:24 AM