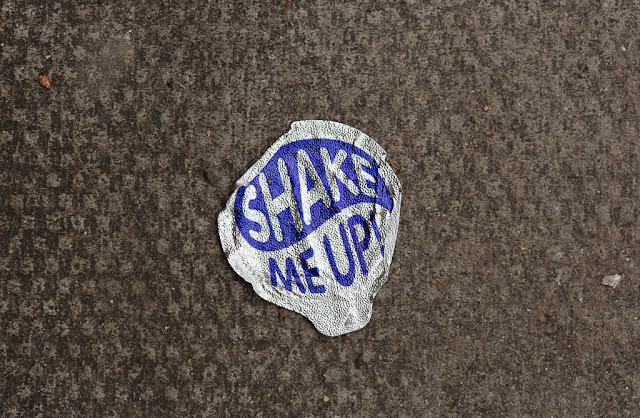 I had an interesting experience yesterday evening, walking home from work. I had just crossed a busy intersection at about 5:30 -- it was getting dark -- when I happened to look across the street. I saw a somewhat rotund guy lying on the sidewalk, on his back, alone. A woman walked past him with a glance but no one else was around.

Now, in London, it's not unusual to see people lying on the sidewalk. But usually they're visibly drunk or homeless -- and yes, it's sad that that seems "normal," but it does. This guy, on the other hand, was relatively well dressed, lying up against a fence.

I crossed the street and approached him, and nudged him with my foot. "Are you OK?" I said loudly. I knelt down and shook him by the shoulder. "Can you hear me?" I said. He didn't respond and only slightly grunted. His eyes were closed. I didn't smell any alcohol.

He was breathing, so I didn't try to move him. But I got out my phone and called an ambulance. Other people gathered around as I spoke to the emergency operator, describing the man's condition and the fact that I was unable to wake him or communicate with him. The operator told me to roll the man onto his side, which I did.

It only took a few minutes for an EMT to arrive in a car, and he checked the man's oxygen levels and blood sugar. Although his blood oxygen was good, the EMT thought he seemed to be struggling for air or possibly even choking, so he tried to move his head slightly and check inside his mouth. That's when he noticed a blue, sparkly cord around the man's neck, almost like a sequined piece of ribbon. He pulled it from beneath the man's sweater, and at the end of the cord was a handmade card.

The card said, "Please do not call an ambulance unless I am unable to breathe, am bleeding, or have broken something. Unconsciousness usually passes in a few hours. Please do not waste NHS resources."

And that's ALL it said. No contact phone number or description of whatever condition may have caused the guy to suddenly fall unconscious while walking down the street.

"I have never seen anything like that," the EMT said.

"We can't just leave him on the sidewalk," I said, and the rescue worker agreed. Meanwhile, another team arrived with a full-sized ambulance. They were also completely flummoxed by the card, but they weren't having any part of leaving him there. ("A few hours?!" one of them said.) I departed at that point, figuring I'd done all I could do, as they prepared to transport him.

I haven't the slightest idea what might have been going on. Without question the guy has a medical condition that needs to be better addressed -- and at the very least, he needs a card that better explains that condition and gives a number to call, rather than a directive to simply leave him lying in the street for hours. Someone would have rifled all his pockets and stolen his coat!

(Photo: The top of a yogurt container on the sidewalk near our house.)
Posted by Steve Reed at 7:26 AM