Olga at the Beach 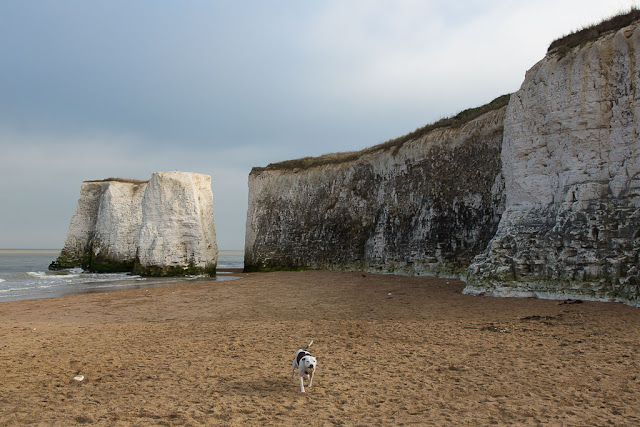 The beach is a new experience for Olga. All that sand! And weird, fishy-smelling sea things!

Kelp, we learned, must be peed upon. By dogs, at least. 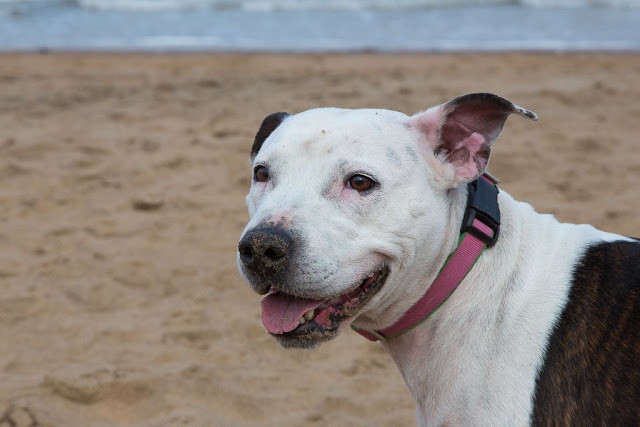 We also learned that chasing the Kong toy on the beach leads to a Kong covered with sand. Which of course mean's Olga's lips and nose become covered, too.

Not that this particularly bothers her.

She doesn't show much enthusiasm for the water itself. She'll approach the retreating waves and then back up when they surge forward again, hesitant to even wet her toes. My fears that she would leap into the ocean and be swept away by a rogue current appear to be unfounded. 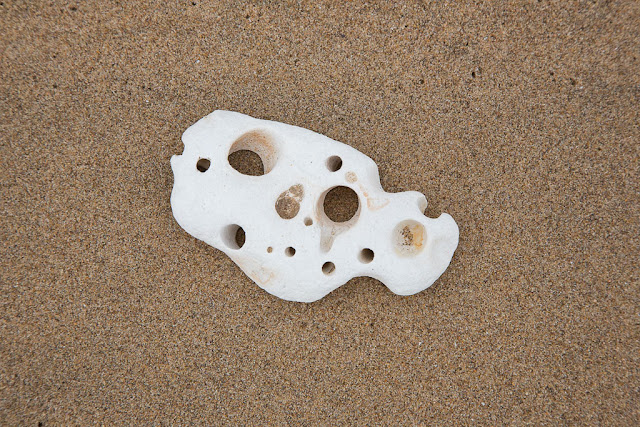 We are in an area of Kent famous for its chalky cliffs. The porous nature of the stone leads to some very unusual, Swiss Cheesy beach rocks. (I kept this one.) There are also scattered seashells of limpets and mussels and periwinkles. 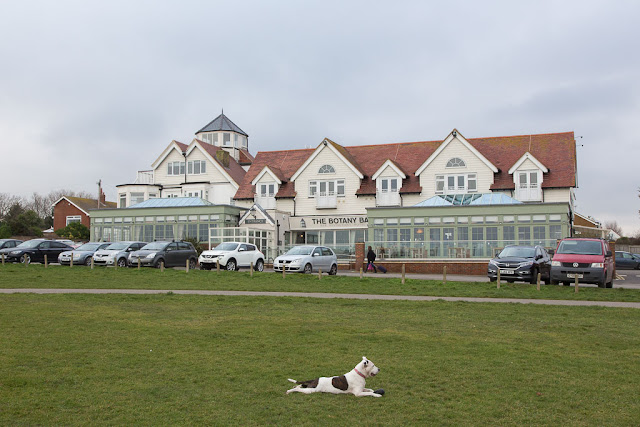 Here's our hotel. We're on a bluff atop the cliffs, and there are steps down to the sea nearby. (Not the famous "Broad Stairs" of Broadstairs, which apparently really was named after a set of steps. Technically, we're in Kingsgate, just north of Broadstairs on an inlet called Botany Bay.)

Our journey here went smoothly yesterday. Before we left home, I put my Valentine's Day tulips on the windowsill in the alcove next to the front door: 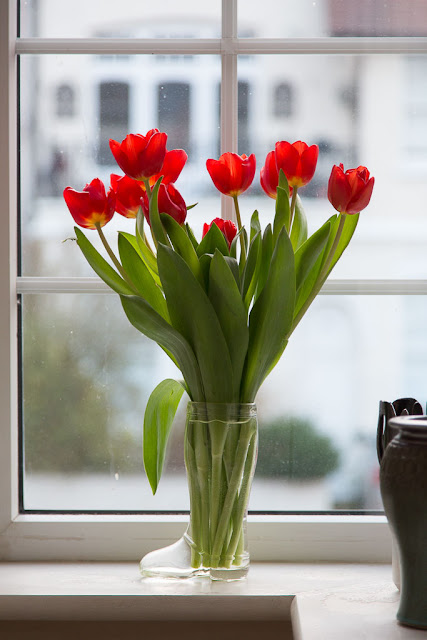 I figured if we're not home to enjoy them, at least our neighbors can!

The train trip was a little more than an hour, and Olga handled it admirably. Once off the train, we walked to the hotel, which was a bit of a schlep but allowed us to both exercise the dog and see the town.

I did a terrible job packing -- forgot my toothbrush and deodorant and Olga's dog towel! We can make do without the latter, but even two nights without the former would be unacceptable. I suppose I'll have to pop into a neighborhood shop today...
Posted by Steve Reed at 6:54 AM