Finding Light in the Dark 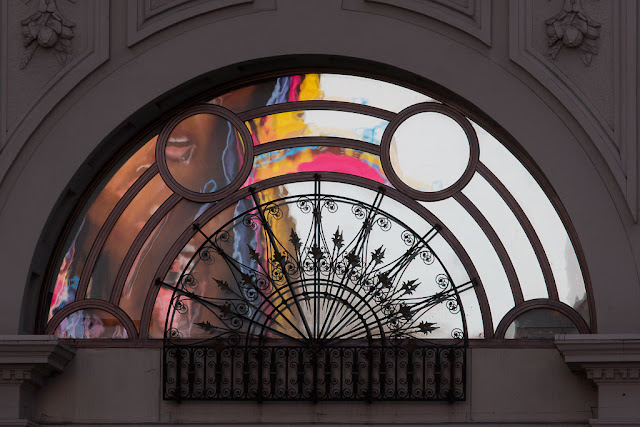 Remember Lumiere London, which I wrote about a few days ago? It's one of at least two light-art shows in London at this dark, dark time of year. Another is the Winter Lights show at Canary Wharf, which I hope to get to later this week (and which I've attended in the past).

But light art is going on all around us in the darkness of winter. For example, on Sunday I found these bright images from an advertising screen in Piccadilly Circus being reflected in a beautiful arched window in one of the old buildings there. 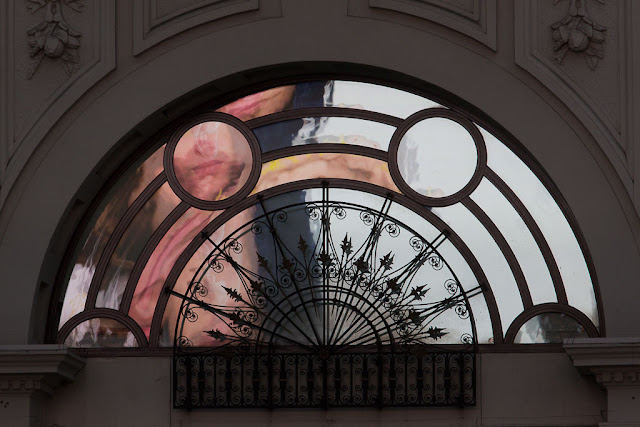 It's interesting how the mouth of the model in the advertisement -- and it was different women, appearing on the screen in rotation -- always reflects in that upper left circle of the window. I didn't do that intentionally. It was just where I was standing relative to the window and the advertisement, which must have been very consistent in its placement of the models. 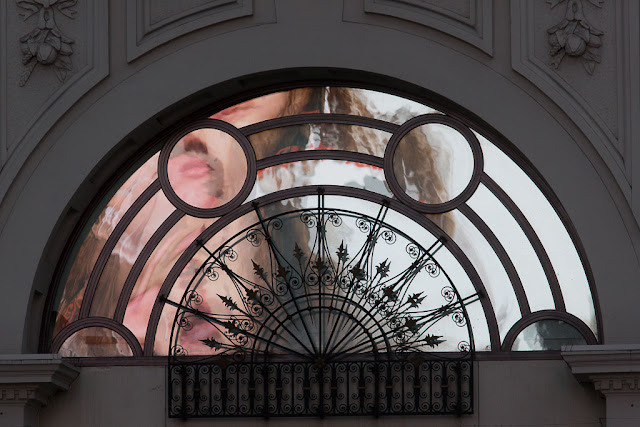 I didn't even notice what the advertisement was for. I know there's a big Coke screen in Piccadilly Circus, but this seems more like fashion or makeup. 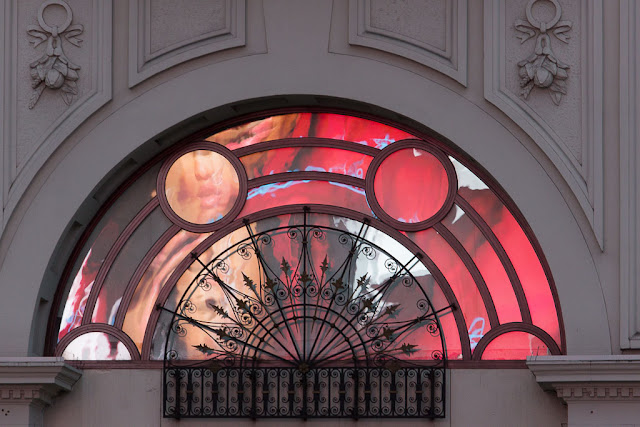 Anyway, my point is: A dark urban environment is a festival of light and art!
Posted by Steve Reed at 6:29 AM