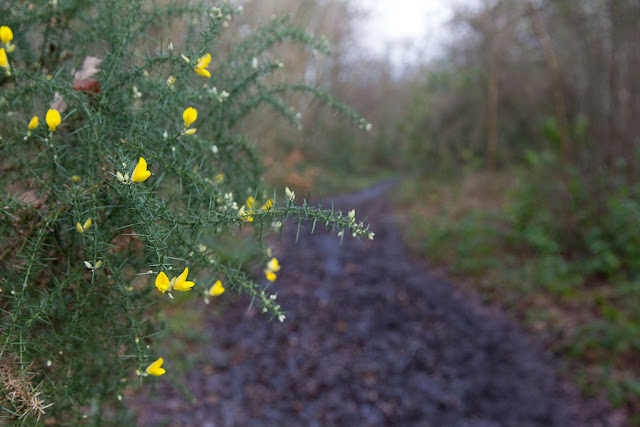 Yesterday, given a partly cloudy day and several hours of free time, I tackled what I thought would be a fairly easy 3.8-mile segment of the LOOP, from Moor Park to Hatch End in northwest London.

It turned out to not be so easy. For one thing, getting up to Moor Park was a challenge because the Metropolitan Line was down for a "trackside fire" (!) and then the train I took stank of smoke. It was pulled out of service a few stops shy of Moor Park, so then I had to wait for another train.

And then, once I finally got on the trail, it was mud-o-rama! I sort of expected that, since we've had a fair amount of rain lately, but I didn't anticipate it being this bad. I was ankle-deep in a few places and for every step forward, it seemed I slid a half-step back.

I came across some blooming gorse -- apparently it flowers year-round. According to my LOOP guide, there's an expression: "When gorse is out of blossom, kissing's out of fashion." 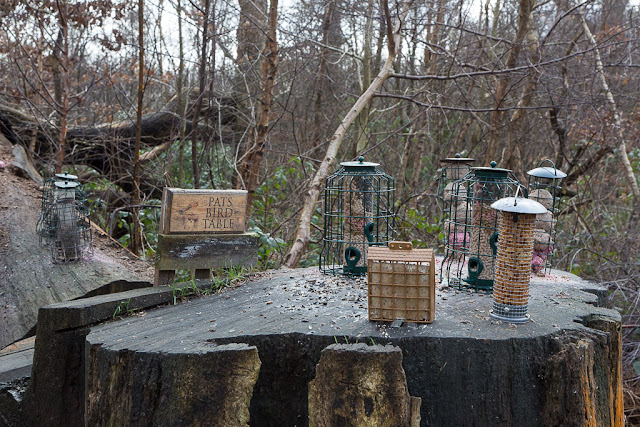 "Pat's Bird Table" was laid out like a smorgasbord in Oxhey Woods. I didn't see any birds, but of course with me standing there, they were probably steering clear. 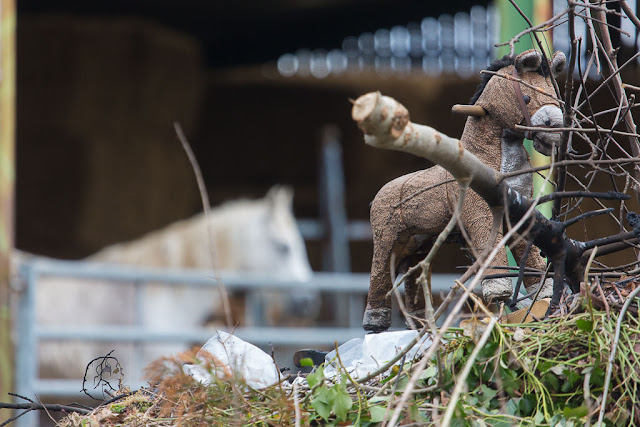 The path went through a horse farm -- and I mean right through. I was walking past the barns and stables and the trailers and the trash heap, where I saw this little bedraggled hobby horse sitting on top. 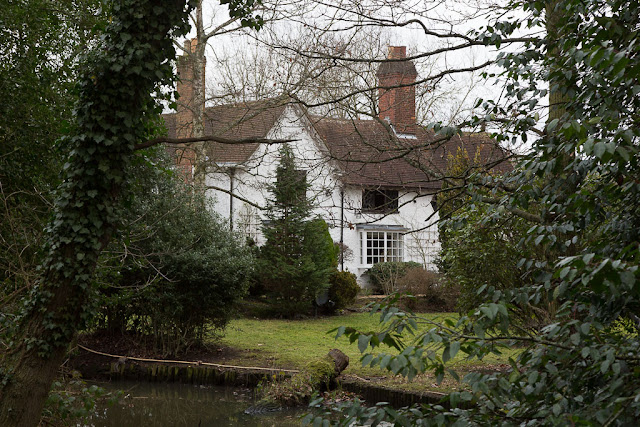 And then I passed Pinnerwood House, from the 1700s, the former home of Victorian novelist Edward Bulwer-Lytton. He's probably best known for being the true author of the famous opening line, "It was a dark and stormy night..." A contest is named for him in which entrants deliberately try to compose a terrible opening sentence for an imaginary novel. 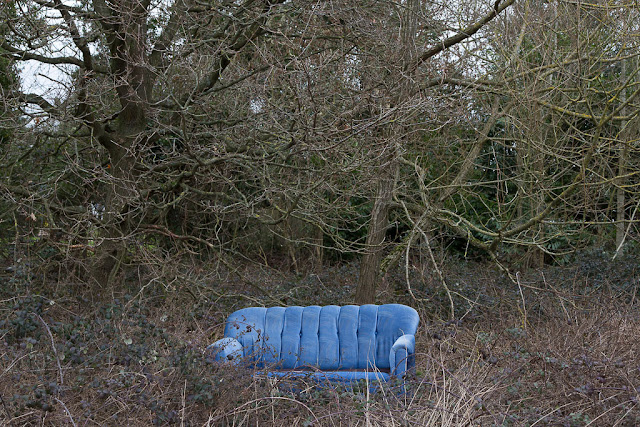 The final part of the walk involved crossing a pasture that was so slippery and full of water that I exclaimed "Oh Lord!" at every step. I felt like Eddie Murphy's aunt falling down the stairs. "Oh Lord! Oh Lord! Oh Lordy!"

Anyway, it was all more challenging than expected and when it was over, I was quite happy to blunder muddily into a pub in Hatch End for a hamburger!
Posted by Steve Reed at 6:45 AM