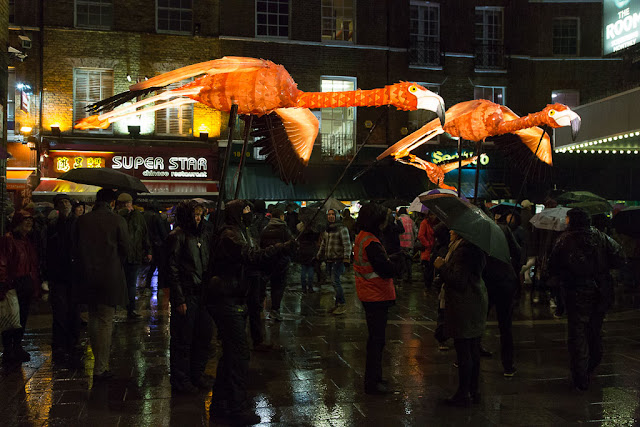 A couple of years ago, when Lumiere London was held, I missed it. It's only a few days long, so like many ephemeral manifestations of light, you've got to get out and see it quickly before it fades away.

So this year I made a concerted effort to get into town yesterday -- even though it was raining, and conditions weren't optimal for watching light sculpture.

First I went to an afternoon showing of "Three Billboards Outside Ebbing, Missouri," which was an excellent if disturbing movie. By the time I emerged from the theater it was dark, and time to go looking for the lights.

I found "Flamingo Flyway" by Lantern Company with Jo Pocock -- a trio of illuminated flamingoes flapping gracefully through the streets of Chinatown. 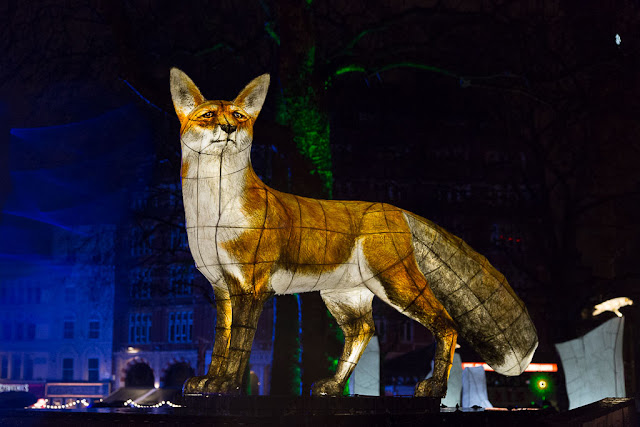 Then there was "Nightlife," a garden of fantastic nocturnal beasts and flowers in Leicester Square, by the same group of artists.

From there I passed Trafalgar Square, where I briefly enjoyed the pulsing light and sound of "Child Hood" by Collectif Coin, described as "a cloud made up of a large number of luminous balloons." I wish I'd gotten closer, but I was on the way to see my main goal... 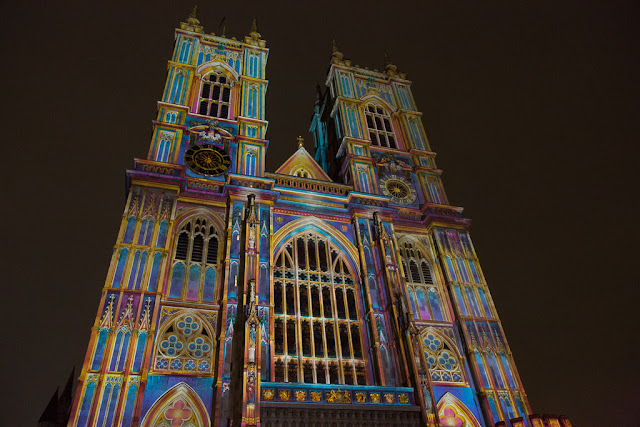 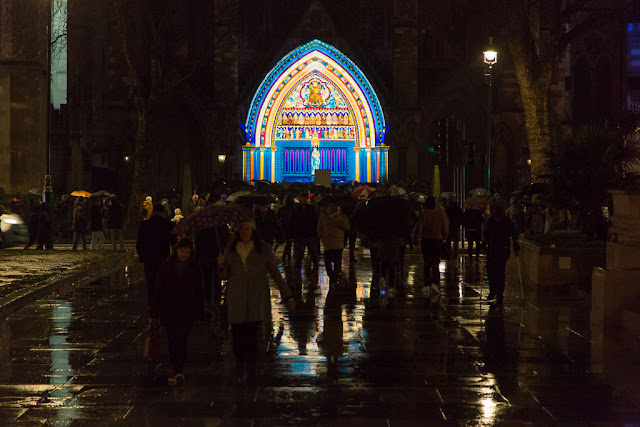 Known as "The Light of the Spirit (Chapter 2)," the work "paints" the abbey's doorway with incredibly focused, almost psychedelic light. 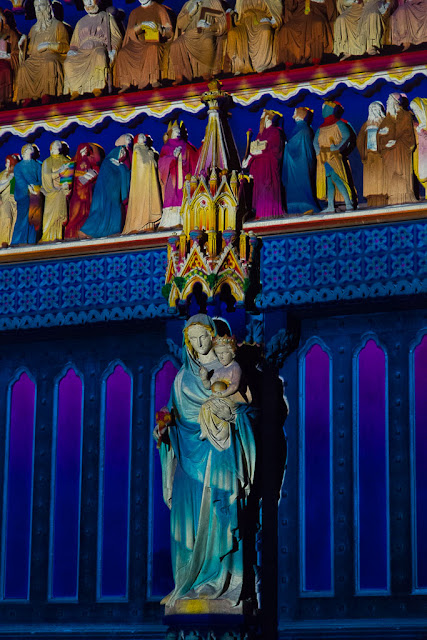 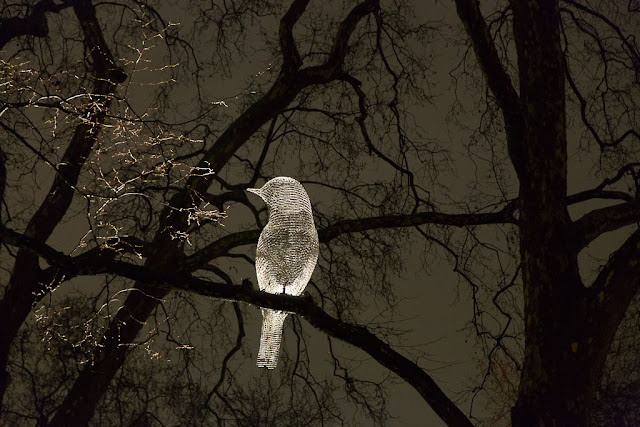 Finally I went to Berkeley Square, in Mayfair, to see "Was That a Dream?" -- a shiny nightingale by Cédric Le Borgne perched in the trees there. (You know how much I like that song, which was playing from a nearby speaker to remind us of the work's inspiration.)

It was a challenge visiting all these works in the rain, but I managed! My only complaint about Lumiere is that it's so short -- only four nights. I wish the sculptures and artworks could stick around longer.
Posted by Steve Reed at 6:30 AM