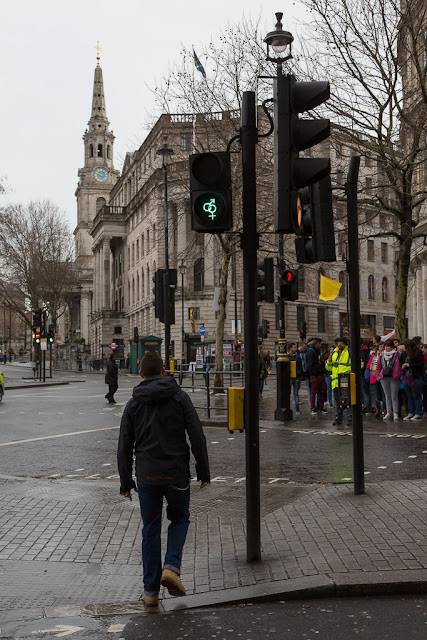 While I was down at Trafalgar Square on Sunday meeting up with Kevin and Brent, I waited at this pedestrian crossing for the light to change. When it did, I thought, "Well, that doesn't look right." 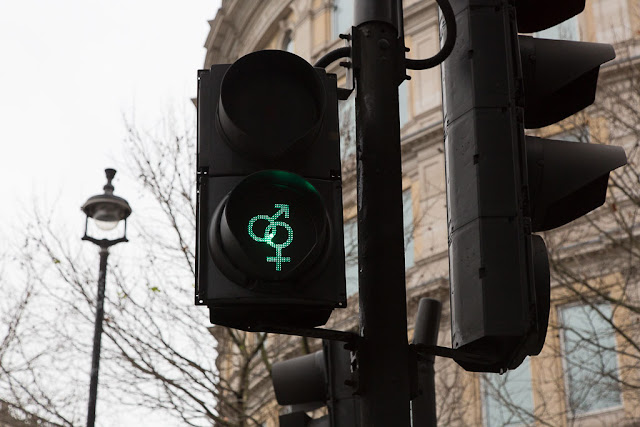 Instead of the usual "green man" walking symbol, I saw this!

A look at other nearby pedestrian crossings showed variations on the theme: 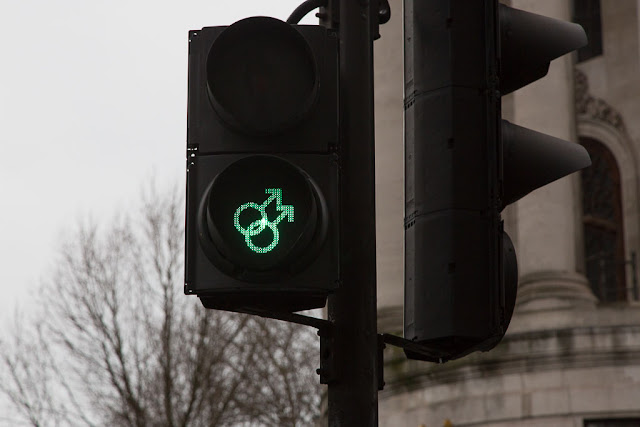 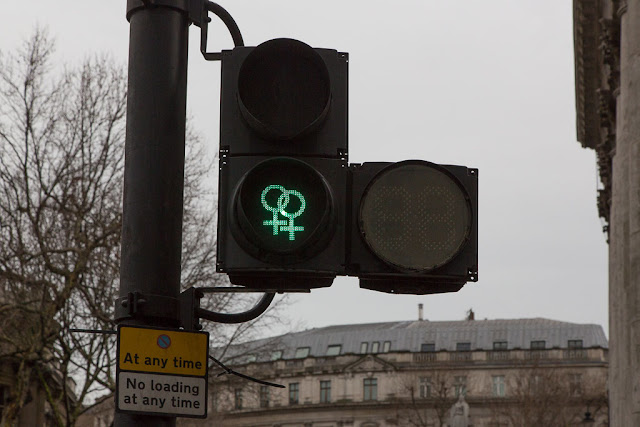 (That last one is apparently the symbol for transgendered people. I had to look it up.)

I thought this was all pretty brilliant and fun, but it turns out it's not new. The lighted signs went up in June 2016 to celebrate LGBT Pride, and they just never came down. There were others, too, showing male, female, and mixed couples holding hands with a heart between them -- I didn't photograph them because they didn't seem as distinct as these.

I only wonder if they're confusing to some people. Like, "Can only women cross at this intersection? Or only straight people at that one?"

Then again, many people ignore the green man signs entirely...at their peril!
Posted by Steve Reed at 6:54 AM