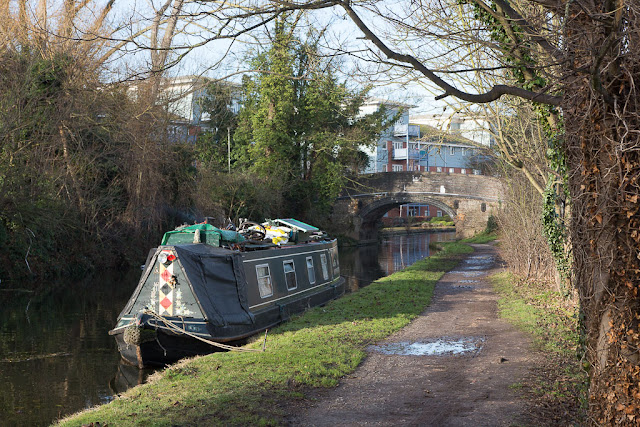 I walked a fairly short section of the LOOP yesterday, from West Drayton to Uxbridge. Four or five miles, I'm guessing. I could have gone farther, physically, but for strategic reasons involving public transportation I didn't want to go beyond Uxbridge until I could start fresh there on another day.

Much of the path followed the Grand Union Canal (above) and the River Colne. 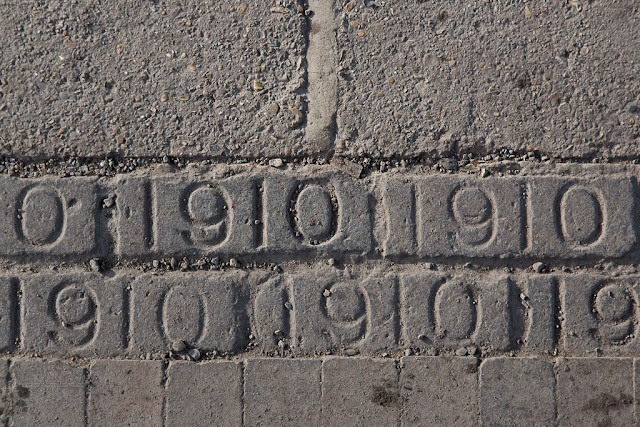 As I recall, these bricks were beneath the bridge pictured in the top photo. There are a lot of markers bearing dates along these canals and waterways -- commemorating, I suppose, what were considered marvels of engineering when they were constructed. 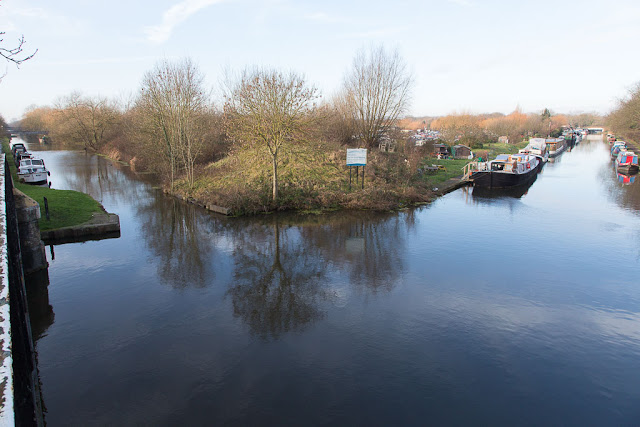 This is the confluence of the Grand Union Canal (right) and the Slough Arm (left), a branch of the canal that heads westward. I took the photo while standing on a bridge over the main canal before following the path along the Slough Arm. 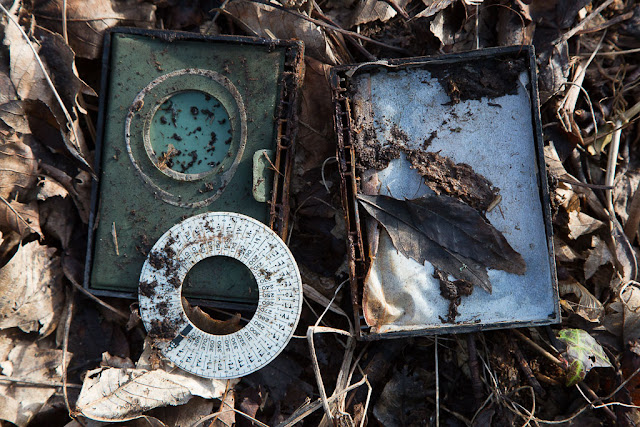 With my penchant for finding mysterious rubbish, it's not surprising that I came across this rather odd device -- or parts of a device, it looks like. It seemed like some kind of compass, and when I looked closely at the white disc I saw that it includes Arabic numerals and a picture of a minaret. So I'm guessing it's supposed to help Muslims know which direction to face in order to pray to Mecca. 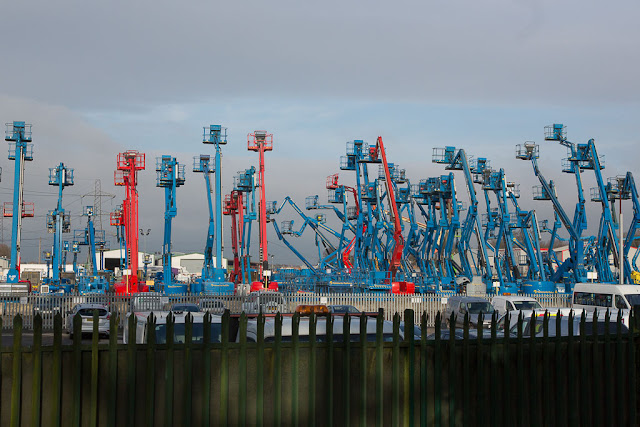 Anybody need to rent a cherry-picker? I know where you can get one -- or 70. (And there were more I couldn't get in the photo!) 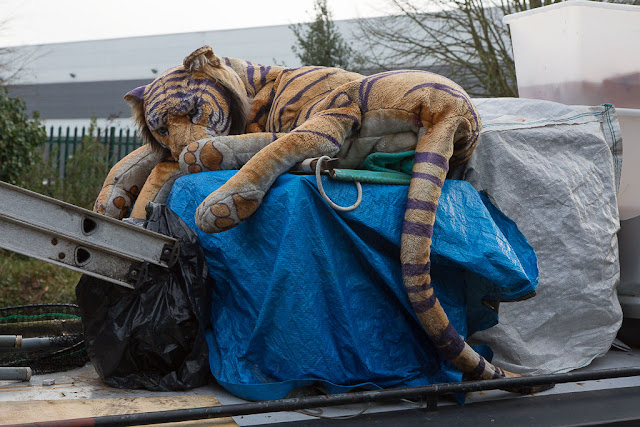 This ferocious beast was lounging atop one of the narrow boats along the canal. I'm always intrigued with the plants and objets that adorn the boats of canal navigators. Some of them look like floating thrift stores or botanical gardens. 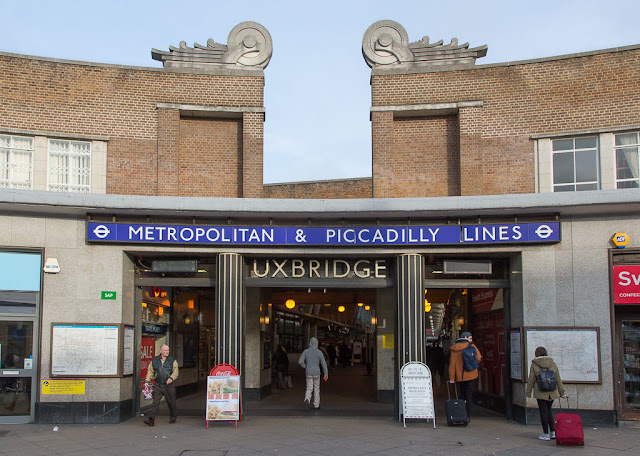 And finally I got to Uxbridge, a probably once-quaint town that has been virtually swallowed up by large, boxy glass-and-concrete office buildings and shopping centers. The curved facade of the art deco tube station is pretty cool, though, and there were a few interesting-looking pubs and an old church.

It's interesting to note that London's tube system ends at its east and west points in towns that begin with U -- Upminster in the east, where I began this LOOP walk way back in August, and Uxbridge in the west. I'm always getting the two confused!
Posted by Steve Reed at 7:52 AM