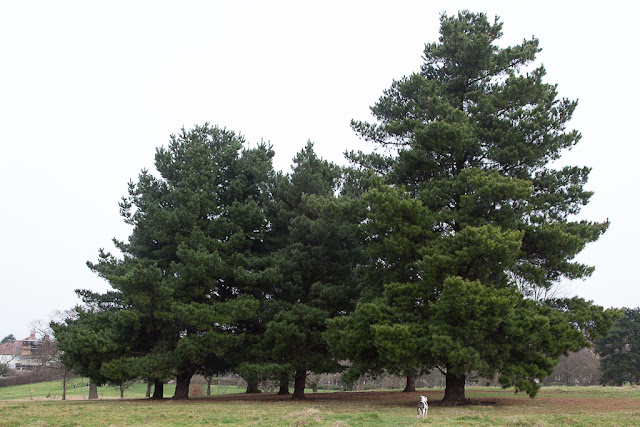 Olga and I took a long walk to Gladstone Park yesterday morning, just for a change of pace. Olga was excited because she got to look for discarded snacks on Cricklewood Broadway -- she did wolf down some moldy bread and something else from a wrapper before I could stop her, to no apparent ill effect -- and she got to hunt squirrels amid the clustered trees of the park.

I took her earlier in the day because it was supposed to rain yesterday afternoon. But whatever rain we got turned out to be pretty mild.

Otherwise, I would be hard-pressed to tell you where yesterday went. I did some journal transcribing. I Skyped with my mom, and told her how I'd deposited her check electronically and how remarkable that seemed. I did laundry. 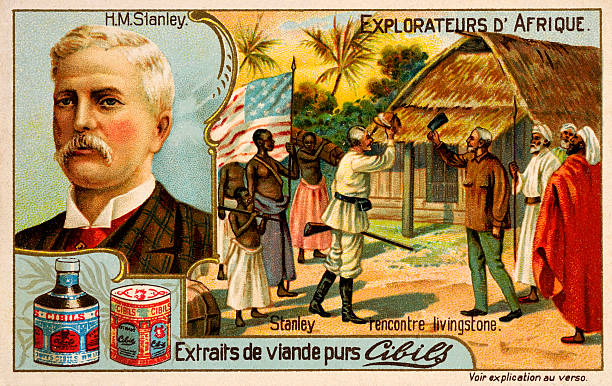 I just finished the most amazing book, "Blood River: A Journey into Africa's Broken Heart" by Tim Butcher. It's a non-fiction account of Butcher's attempt in 2004 to retrace the trail of African explorer Henry Morton Stanley through the Congo river basin. That may not sound very remarkable in the modern world, but the Congo -- racked by decades of war, neglect, corruption and violence -- no longer is the modern world. While acknowledging the ravages of colonialism, Butcher shows how the infrastructure that in 1958 enabled his mother to travel from Rhodesia to the Atlantic Coast of the Congo by train and boat has so thoroughly disappeared that towns in the Congolese forest are now stranded islands with little contact with the outside world.

Arriving in one village by motorbike on a rutted, narrow jungle track, Butcher spoke to a tribal elder who remembered cars coming through his village once every few days, decades ago. Now the village is continually pillaged by marauding soldiers, forcing villagers to flee repeatedly into the jungle before returning to rebuild.


"Over the years, things have got worse and worse. We have lost the things we once had. Apart from what we can carry into the bush, we have nothing. I think the last time I saw a vehicle near here was in 1985, but I cannot be sure. All these children you see around you now are staring because I have told them about cars and motorbikes that I saw as a child, but they have never seen one before you arrived."

He carried on talking, but I was still computing what he had just said. The normal laws of development are inverted here in the Congo. The forest, not the town, offers the safest sanctuary and it is grandfathers who have been more exposed to modernity than their grandchildren. I can think of nowhere else on the planet where the same can be true.

I've always been interested in that part of the world -- ever since I was a child and heard the "Dr. Livingstone, I presume?" stories about Stanley and his expeditions. When I collected stamps, I was entranced by those showing the African wildlife, the distant cities with their colonial architecture, the great lakes of the Rift Valley. As a senior in high school in 1984 I wrote a lengthy footnoted paper about history and political conditions in the Congo, then known as Zaire. I called it "a nation in the dark" and "on the edge of total collapse." I still have the paper -- I got a 96, and since then, the collapse has pretty much occurred.

I used to dream of visiting the Congo, taking a steamer on the river and a safari through its vast forests. I've had to get used to the fact that it's just not possible. I'm never going to see it with my own eyes. Butcher is lucky he survived his own journey and was able to write his book.
Posted by Steve Reed at 7:35 AM