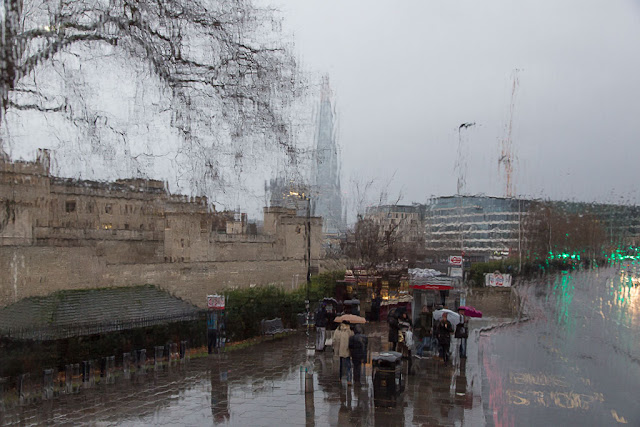 Happy 2018! We had an uneventful New Year's Eve in our household -- I made a martini, but that was the extent of our celebrating. We watched an episode each of "The Crown" and "The Sopranos," and then I went to bed, comme d'habitude.

Our neighborhood, however, was chaos at midnight. A rolling wave of pops, bangs and bright flashes seemed to sweep over the city, sounding like an advancing army. It actually woke me up. I stepped outside the back door just to listen, and watched the pigeons explode from their treetop roosts in fright. Deep in my animal soul, it did seem kind of scary. I was glad when the sounds finally subsided after half an hour or so and I could go back to sleep. 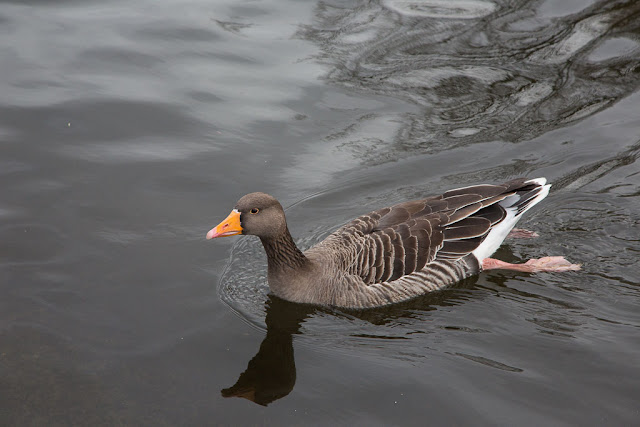 Earlier yesterday, I met Kevin and Brent for a sightseeing tour bus trip around London. It turned out to be the trip from hell.

It started well enough, with a loop around Leicester Square and through Westminster before we disembarked to see Buckingham Palace. We had a good walk through St. James Park, where we admired the waterbirds (above), before having lunch at a little pub near Parliament.

And then our plans fell apart. The authorities began closing certain streets -- I suppose for New Year's Eve festivities -- so we had trouble figuring out where to get back on the bus. When we finally did, we struggled to find a functioning audio jack so we could listen to the commentary, and then it began to rain. (Top photo, taken near the Tower of London.) Eventually we wound up clustered with other passengers beneath the small covered portion of the bus's upstairs deck, on a diverted route through South London, with no audio and little idea where we were.

The mountainous man sitting next to me -- and forcing me halfway off my own seat -- provided the only entertainment by cooking up plans to defraud the country. "We could buy expensive items at Harrod's, return them, and then use the receipts to claim the VAT!" he said to his wife. This went on and on -- he invested a lot of time in his plot. Even his wife was rolling her eyes. "Nobody gets hurt!" he said -- to which I yearned to reply, "Actually, dude, everybody gets hurt."

But I held my tongue.

When we couldn't stand the bus anymore, and it came to an area I recognized, we got off. I left Kevin and Brent near Trafalgar Square and came home. I probably won't see them again before they leave tomorrow.

Meanwhile, today, I have plenty to do here at home. I plan to clean out the refrigerator and get rid of the Christmas tree, as well as walk the dog. Time to get back to normal!
Posted by Steve Reed at 6:18 AM